Should you insist on a flu shot without mercury?

Ten years ago the realization that millions of infants were being overloaded with mercury from childhood vaccinations rocked the U.S. medical community.

These vaccinations had used thimerosal, a mercury-containing preservative, since the 1930s. As the number of recommended vaccines grew, so did the exposure to mercury, until a baby could get up to 80 times the recommended safety limit in one round of shots. This would be repeated at several consecutive infant checkups.

In unborn and young children, high mercury levels can cause delayed development, memory and attention problems, decreased IQ or mental retardation. It can similarly impair adults and can also increase the risk of heart attacks.

Medical policy-makers and vaccine manufacturers scrambled to remove mercury from vaccines, and by the end of 2002 mercury was a thing of the past. Or was it?

2012-2013 Flu Shot Information from the U.S. Centers for Disease Control and Prevention

Still in Some Flu Vaccines

Mercury has been removed from all vaccines except for some formulations of the flu vaccine (and some plain tetanus shots). But when you take your child in to the doctor's office for a flu shot this year, which is now recommended for all kids age 6 months and older at the start of every flu season, you might not have a choice about mercury.

When the seasonal flu vaccine is in short supply, doctors have to take whatever is available from their vaccine suppliers. So your doctor might not have any mercury-free flu shots to offer. Here is how you can tell if your flu vaccine is mercury-free:

► You can get the nasal spray vaccine. This has never had, and never will have, mercury. It is approved for two years and older.

► If getting the injected vaccine, ask the nurse to allow you to see the labeled vial and watch her prepare it, either in your exam room or the nurse’s station. After rolling her eyes at you, most nurses will comply.

A  study reported in the September 2010 issue of the journal Pediatrics found no link between the mercury-containing preservative thimerosal and the development of autism spectrum disorders.

The research, sponsored by the U.S. Centers for Disease Control and Prevention, tracked about 1,000 children who, as infants, received vaccines preserved by thimerosal. The study also found no link when the children’s mothers received thimerosal-preserved vaccinations during pregnancy.

► If your dose is being drawn out of a little plastic or glass bottle that looks like it would hold many doses (called a multi-dose bottle), then this is guaranteed to contain the full dose of mercury.

► If your dose is already pre-packaged in a single-dose syringe with a manufacturer’s label on it, then you are guaranteed that this is mercury-free.

► If your dose is drawn out of a very small plastic vial with a manufacturer’s label on it that only contained your single dose, then this is mercury-free.

What should you do if your doctor only has shots with the full dose of mercury left? Search elsewhere for any left-over mercury-free shots at other doctors' offices or clinics. If you can’t find any, you can decide to do without the flu vaccine for that year.

Get Well, Stay Well
Vaccinations: What Parents Need to Know
Vaccines: What are the Side Effects? 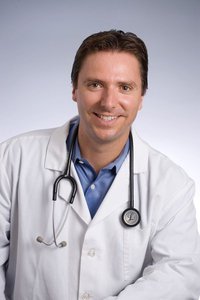 Risks of No Shot

What? Skip the flu shot? Don't tens of thousands of people die each year from the flu, most of them infants and the elderly? How can parents even think about not getting their baby protected from this deadly virus?

The actual number of childhood fatalities from the flu is very small (although tragic). The National Center for Health Statistics reports that flu deaths in children of all ages has been less than 100 each year for many years now, except for the 2003-2004 season, when 150 deaths occurred. While flu fatalities may be preventable with the vaccine, you shouldn't live in fear that it's going to sweep through your community, killing children left and right.

The H1N1 ("swine") flu did result in an unusual number of influenza deaths in children. In the last nine months of 2009, the U.S. Centers for Disease Control and Prevention received reports of 300 laboratory-confirmed pediatric deaths: 255 due toH1N1, 43 pediatric deaths that for which the flu virus subtype was not determined, and two pediatric deaths that were associated with seasonal influenza viruses. Yet, even this unusual strain didn’t turn out to be as serious as predicted.

Do you need to worry about mercury in the first place? Researchers battle back and forth over this issue. We’ve known for decades that mercury is toxic to the brain and body tissues. But whether or not the amount in vaccines is enough to cause damage is still up in the air. Some research shows there is enough evidence of harm; other studies have found there is not enough proof that the mercury in vaccines is dangerous. However, no study has yet to prove for certain that this mercury is safe.

Because we just don't know yet for sure, in my opinion it's better to just skip the flu shot (unless you have a chronic medical condition that makes the flu risky for you) if you can't find one without mercury.

This is especially true for pregnant women. No one wants a developing fetus to be exposed to mercury. And it's also true for young kids whose brains are constantly growing. In the coming years, the hope is that we will have more mercury-free flu shots to cover our nation's infants. 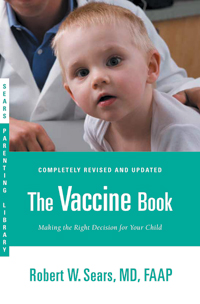 “Dr. Bob” Sears is a pediatrician and author in the best-selling Sears Parenting Library, along with his father, William Sears, MD and brother, James M. Sears, MD. Little, Brown and Company has just published a revised and updated version of Dr. Bob's  The Vaccine Book: Making the Right Decision for Your Child ($14.99).  Find updates at  http://www.askdrsears.com/topics/vaccines/how-make-sure-your-babys-flu-vaccine-mercury-free