Books Where Kids Can Discover the World and Their Imagination

Children’s books that teach through objects in a museum, stickers, imagination and Hedy Lamarr’s inventions.

With a series of board books collectively  called Early Learning at the Museum, the  British Museum has found a clever way  to infuse its hoard in people’s minds at  home. 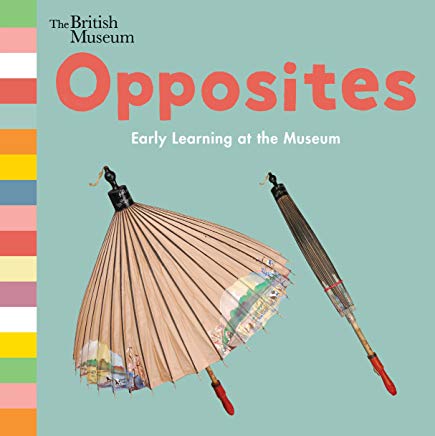 Museum objects illustrate titles like  Opposites, Colors, and numbers and letters.  For big and small, it has a Japanese print  of Mount Fuji on one page opposite a  first-century bronze Roman mouse sculp ture. It is just the kind of book to fascinate  giver as much as or more than the given  and justify the centralization of such treasures in London, far from where they were made and might otherwise languish barely viewed, if not destroyed. The illustrations tend to be objects more than paintings, a choice that emphasizes their three dimensionality and familiarity, despite artistic flourishes that bring out and provide an early introduction to national characteristics and a head start to art appreciation and education. 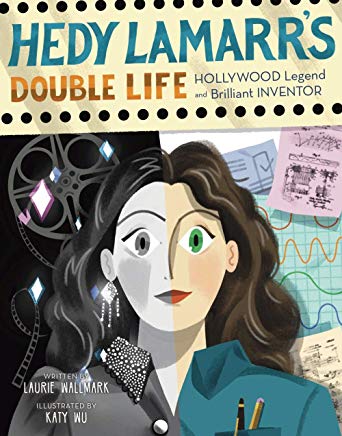 Almost immediately, author Laurie Wallmark explains that Hedy Lamarr, far from being just a pretty face and competent actor, invented “the technology known as frequency-hopping spread spectrum.” So now you know, and next you find out “this is the scientific breakthrough that help keeps our cell phone messages private and defends our computers from hackers.” Not your typical picture book about an actress but of course not a typical actress, though she ended up with a star on the Hollywood Walk of Fame after appearing in rafts of films in the 1930s and 40s with the likes of Charles Boyer in Algiers and Clark Gable, Jimmy Stewart and Judy Garland. Her inventions included practical things like a tub ladder, a glow-in-the-dark dog collar and a flavor cube to turn water into soda. The frequency-hopping spread spectrum was a way to bounce signals off a torpedo. It fooled the enemy by sending multiple signals but guided the torpedo with only the ones that matched the sender’s. Hedy devised the system with her piano-composer collaborator George Autheil to mimic the way piano rolls can make several pianos play the same tune together. The book is breezily written to cover the whole of the subject’s vastly disparate career without getting bogged down in her boredom with Hollywood or details of the inventions, while explaining what inspired her and how she made her discoveries.

Living on the seventh floor of a walk- up building might seem like an awful  bore and chore to get home every day,  but the young heroine of Einat Tsar fati’s colorful imaginative 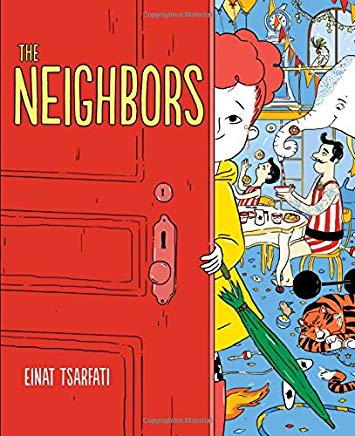 book takes  leaps of fancy in speculating on what  goes on behind the door on each floor.  Taking clues like the smell of fish on the  landing, the young trouper assumes a  mermaid and pirate are behind the door, while a wheel indicates a circus troupe practicing inside, and mud means an old explorer with a pet tiger. The images are colorful and evocative, as though the rooms are aquaria of exotic beings filled to the beams with the thoughts of what they might be. Traipsing all the way up seven flights of steps could be demoralizing, but the only boredom is reaching her own apartment, where she really does know what goes on, except that when her loving parents put her to bed, what if they have their own secret life that she can dream about, just like the neighbors’?

By Megan Hughes Butler, Illustrated by Chad Thomas , Workman, $8.95 each, Ages 6 and up

A profusion of stickers on the left-hand page and large scenes on the right-hand side to put them in is just half the fun of Peel and Discover Horses. The real interest in this innovative book is the facts revealed when the stickers are lifted. The information underneath is like a surprise that makes it all the more interesting and easy to remember. It is the kind of learning experience that comes naturally and encourages further exploration until so much information flows from the activity that the pages seem to fill themselves with the stickers. Some illustrations have questions you need to take up the sticker to see, like what teeth can tell you about the gender of a horse or where in Washington you can touch a moon rock (Air & Space Museum), while others provide interesting information and a big inducement to keep peeling up the stickers and learning at play.

Frank Lipsius is a contributing writer to MetroKids. Read more reviews at Metrokids.com/books