Thrills, from Darwin to Cooked Kids

Charles Darwin did not do much to promote Halloween. He was able to explain all those crazy creatures and odd phenomena of nature. They aren’t creepy crawlers or other-worldly drop-ins, but just mutations from the next island over.

The story of Darwin, as told by A.J. Wood and Clint Twist for ages 9 to 12 in Charles Darwin and the Beagle Adventure (Templar, $19.99), combines high adventure with dogged, deliberative observation and brilliant deductions.

The book includes excerpts from Darwin’s diary along with letters, heavy illustrations, inserts and other scrapbook-like additions to add to the sense of discovery and wonder that Darwin brought the world in addition to a new way to look at where we came from. 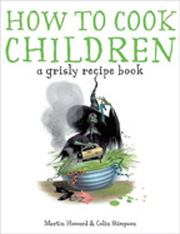 So that leaves Halloween to the spooks and ghosts that have yet to find some scientific explanation. Hard as it is to conjure up kids’ books that scare, amuse and defy reason, Martin Howard and Colin Stimpson manage the feat in How to Cook Children: A Grisly Recipe Book (Pavilion, $12.99). Treating children as cooking ingredients is truly gruesome and spine-tingling, even for a 9-to-12-year-old target audience. As that’s what the authors are after, they succeed and make even the jaded and sophisticated readers wince, or at least their parents. Fun to read? That depends on your taste in carnivorous dining. 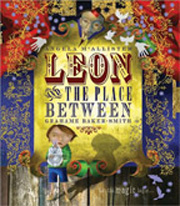 Author Angela McAllister conjures a much gentler tale for 4- to-8-year-olds in Leon and the Place Between (Templar, $16.99), which is about a magician who takes a member of his audience to a real magical place. Illustrator Grahame Baker-Smith supplies the magic with twinkly, gold-flaked drawings on richly colored backgrounds as Leon goes deeper and deeper into a magic that floats and falls like a combination of Alice in Wonderland and dreaming. 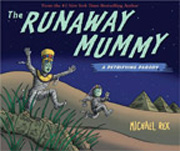 Picking up where his best-selling Goodnight Goon left off, kids’ author-parodist Michael Rex turns from spoofing Goodnight Moon for the previous book to parodying Runaway Bunny in his new book, The Runaway Mummy (Penguin, $15.99). For impressionable 3- to 5-year-olds, the book is a cute take on the overscheduled youth of today. Whether it is the children or their reading folk who get the spoof can be considered a Rorschach test for the newly sociable set.

Let the trick or treating begin. Whhooooo to you too!