An Earth Day spotlight on a local school's green efforts

It’s Earth Day! In recognition, we’re taking a quick look at the Sprouts Horticulture Club at the Shipley School in Bryn Mawr, PA. 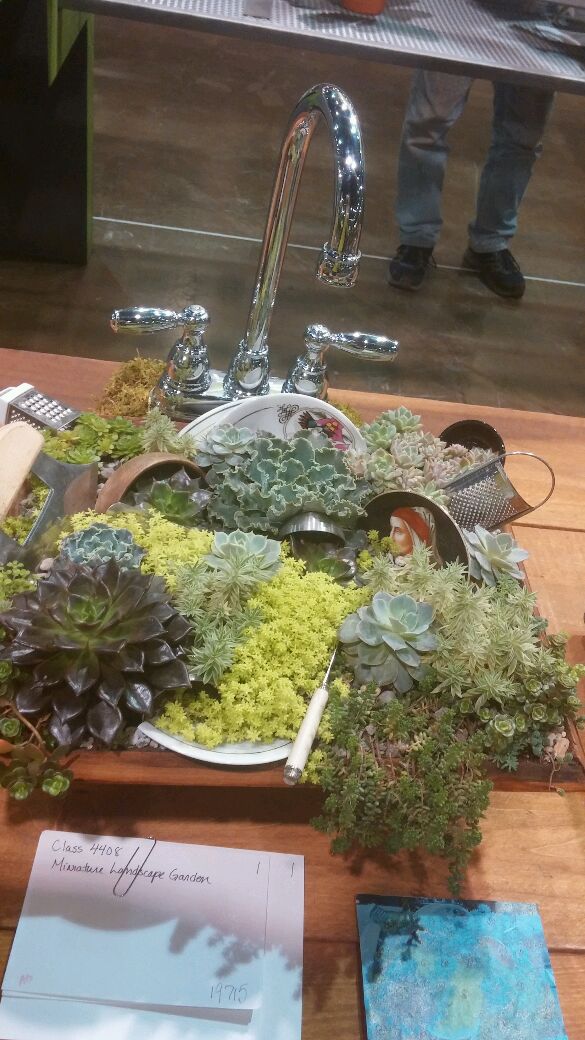 A 40-year-old club at the 120-year-old private school, the Sprouts have shown at the Philadelphia Garden Show for nearly 30 years, to great success. This past March, the Sprouts won an impressive 90 ribbons at the show, including 20 blue ribbons and one Best in Show in the Horticultural class, for J.R. Cruise and Porter Durham's miniature landscape garden "A Sink of Dirty Dishes" (at right).

Only upper level students (9th-12th grades) can join Sprouts, due to its extensive time commitment. The club meets once a week during the school year at an on-site greenhouse under the direction of advisors Leslie Labess and Michelle Cruise, who teach the students the fundamentals of plant culture and design.

Students learn how to force flower bulbs, the correct Latin terminology for plants and how to groom pots. They are also given creative license to design and construct their own themed miniature landscapes, which are then entered into the Philadelphia Flower Show, allowing the students to compete against seasoned and experienced gardeners.

“The Philadelphia Flower Show is a learning experience for the students," says Labess. "They learn the importance of precision and how to make their displays look perfect.”

Junior Florence Murabito created an Emerald City-themed miniature landscape, complete with a yellow brick road, and liked the fact that she was able to design it herself. “Next year the theme for the miniature landscapes is movies, so over the summer I’m going to keep my landscape alive to reenter it,” she says.

In addition to participating in the Flower Show, Sprouts also holds an annual fundraiser where the students sell flowers and plants. “The goal of the fundraiser isn’t only to raise money but also to raise consciousness about the program and to teach people about horticulture,” says Labess. To that end, the students encourage people to ask questions about the flowers and plants sold at the fundraiser, which also incorporates workshops on creating your own container to grow a plant or create a landscape.

So what Earth Day advice do Sprouts participants have for kids who might be interested in horticulture? Florence urges others to have fun with it and to not be afraid to garden or plant something. Labess says that gardening helps young people understand that they can’t control everything — the weather will change and plants will die despite their best efforts. However, she believes, gardening does teach students "a sense of responsibility" that helps them prepare for their future.

Tessa Seales is a MetroKids intern and an English major at Drexel University.