It used to be that only the best young athletes participated in travel sports. But in today’s youth sports world, if you are willing to commit the time and money to play, there’s a travel team out there for your child. Soccer, baseball and softball are the most popular travel sports in the Delaware Valley.

A serious travel team plays in tournaments just about every weekend from March through September, including all three major holidays (Memorial Day, Labor Day and Fourth of July). Typically the team will play in a few tournaments that require overnight stays. Practice is held indoors during the winter months. In other words, there really isn’t an offseason.

A casual team usually participates in a few local tournaments, with the number and locations often determined by the parents. The team might participate in a tournament over one holiday, but usually not all three.

What Are the Costs?

The more serious teams will also have costs for equipment (matching bat or gym bags, for example), indoor practice facilities, officials for non-tournament games and hotel and transportation costs.

Fees to participate on a casual or serious team do not include gas or eating out, both of which can add up quickly. 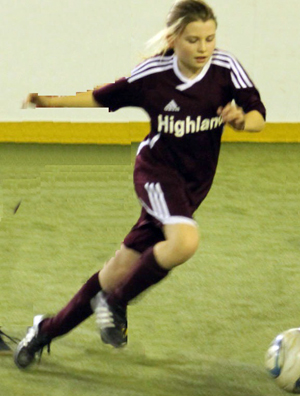 Delaware dad Matt Brancato says his oldest son participated in a casual baseball  travel team  a few years ago for approximately $400. The cost covered six tournaments, one uniform and no practices. His youngest son currently plays on a more serious team that costs $1,800 for seven tournaments and weekday games totaling approximately 50 games, winter indoor training and 40 strength and conditioning sessions with a private instructor.

Christina Thompson says her daughter’s serious travel soccer team in South Jersey costs approximately $800 per year. That includes 20 practice sessions with a paid trainer, league registration fees and five tournaments, one of which is a three-day event in Wildwood. It does not include the cost of lodging at Wildwood.

Martha Champigny signed her daughter up for a casual soccer travel team in South Jersey for $100. The fee included a uniform, 10 games (no tournaments), practices and three 90-minute training sessions with an “expert” coach.

Families considering a travel sports team must consider how participation will affect the rest of the family. What are the tradeoffs in the family budget? Can parents meet the required time commitment?

Travel teams often raise money to help offset costs through fundraisers and the more serious teams sometimes secure sponsorships. Participating in fundraisers can be time-consuming and costly, if not for you, for your friends and relatives.

Participation on a travel team can be a wonderful experience for your child, but it’s important to know what to expect. So talk to a team representative, a current parent on the team, and maybe more informatively, a former one.