Is Caffeine Bad for Kids?

How much caffeine is in the soda, coffee and energy drinks that teens and kids drink?

Caffeinated beverages are a cheap and easy way for teens to get through busy days where they get up too early and go to bed too late.

While teenagers need eight and a half to nine hours of sleep a night, some are getting as little as five, says Dr. Michelle Karten, pediatrician at Nemours duPont Pediatrics in Villanova, PA. So it may not be surprising that a 2014 study found that 73 percent of children (ages 2-22) drink caffeine on any given day. With their busy schedules, students today get worn down and look for ways to keep going, says Jared Scherz, PhD, a clinical psychologist in Mt Laurel, NJ, and “caffeine is an available and legal form of stimulation.”

High caffeine levels in some drinks

Soda is a well-known source of caffeine, but as soda consumption among children has declined, it has been replaced by coffee and energy drinks, according to the 2014 study, Trends in Caffeine Intake Among US Children and Adolescents. 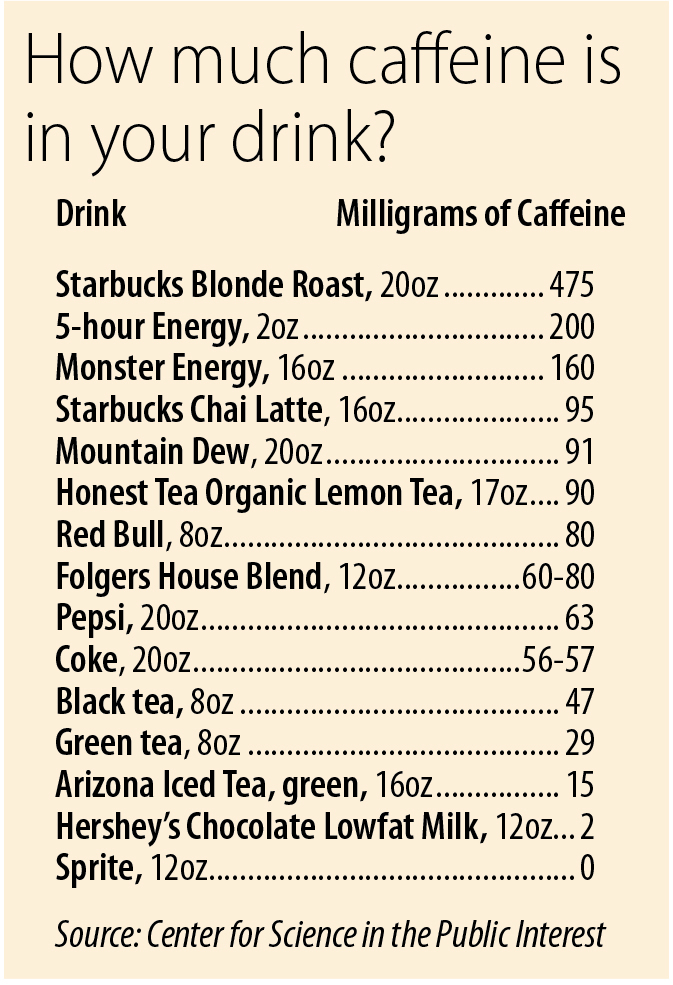 Energy drinks, such as Red Bull, Monster and 5-Hour Energy, can have between 200 and 80mg of caffeine per container. Coffee-shop coffees, however, can have even more. While a 12oz cup of coffee made at home might have 60 to 80mg, a 20oz Starbucks or Dunkin Donuts coffee can have 400 or more milligrams of caffeine and as much as 300mg in a 16oz version, according to the Center for Science in the Public Interest.

Caffeine’s presence in other products might be harder to spot since the FDA doesn’t require caffeine content on nutrition labels, says Emma Donnelly, pediatric registered dietitian at Family Food in Bala Cynwyd, PA. A coffee-flavored yogurt or ice cream can have as much as 70mg of caffeine per serving, says Donnelly.

Caffeine is a drug

Caffeine is a stimulant that creates a false sense of alertness even when the body is still sleep deprived or not well rested, says Scherz. “It’s not physiologically addictive,” says Dr. Eileen Everly, a Children’s Hospital of Philadelphia pediatrician at Karabots Pediatric Care Center in West Philadelphia, but it may create dependence. While it’s not addictive in the same way as a controlled substance, you can become dependent on the effects of caffeine in a behavioral way, explains Everly.

These effects usually aren’t long lasting, but in some cases, kids may need to be weaned from caffeine to avoid withdrawal symptoms.

Consuming caffeine does not cause anxiety disorders or ADHD, says Everly. But if you already have one of those conditions, caffeine augments the symptoms of jitteriness and anxiousness.

Many of these caffeinated drinks are unhealthy for other reasons too, says Donnelly, because they have higher sugar content and lack essential nutrients, so it’s best to avoid them altogether.

When is caffeine okay for kids? 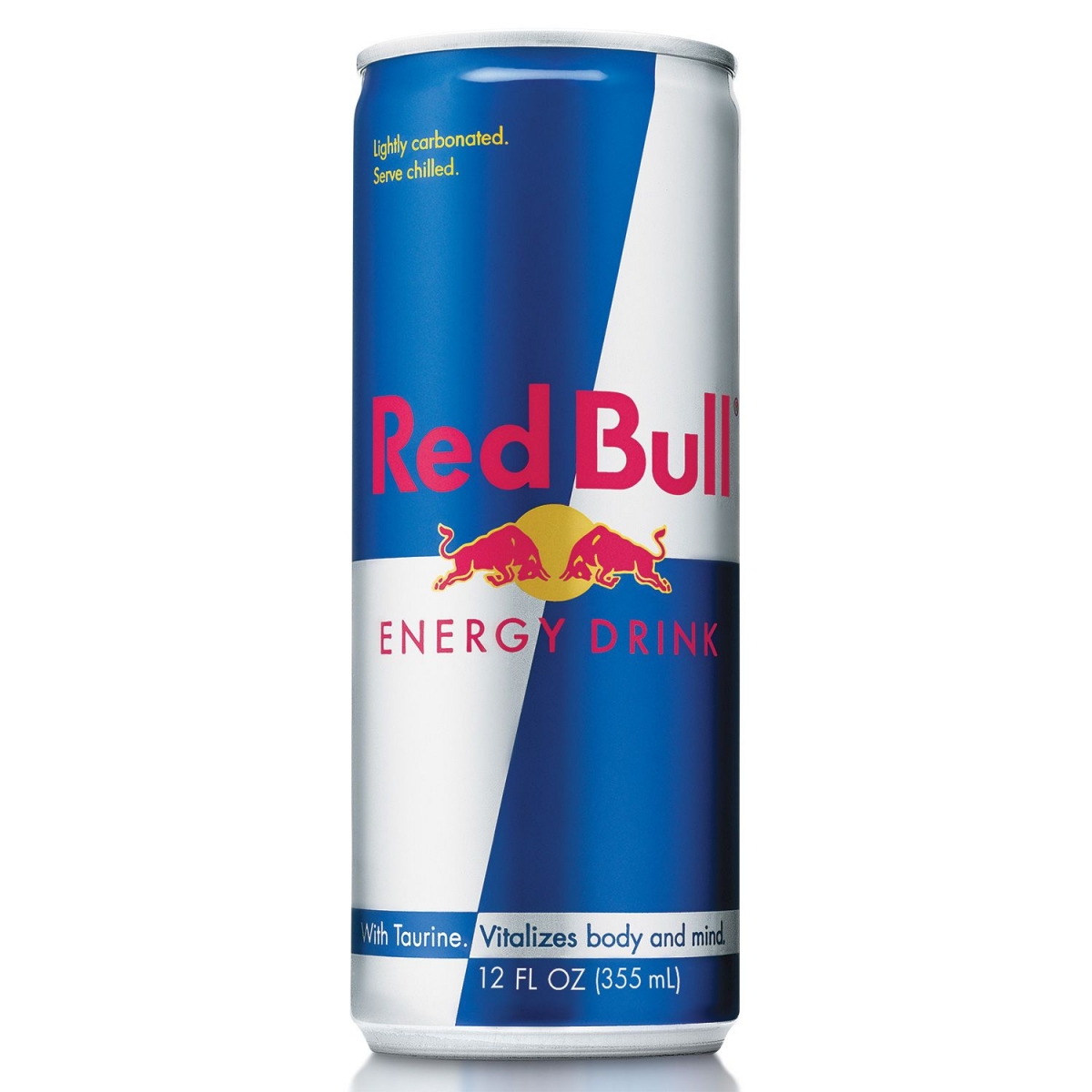 “A smaller amount of caffeine has a much bigger effect on a small body than it does on anyone after puberty,” says Everly. “Kids are much more sensitive to the effects because they’re getting an adult dose.”
The American Academy of Pediatrics (AAP) says kids younger than 12 shouldn’t have any caffeine, and kids over 12 should have no more than 100mg per day, Donnelly advises. The AAP says that energy drinks have no place in the diets of children or adolescents.

It has become popular among young adults to mix Red Bull energy drinks with liquor such as vodka. While it combines a depressant and a stimulant, much like rum and Coke, energy drinks have a far higher concentration of caffeine in a small amount of liquid. “It’s problematic in a number of ways,” says Scherz.

“In a way it short circuits the brain,” he says, because the brain is getting confusing messages.

“It’s like alcohol on steroids,” agrees Everly. This drink combo masks the ill effects of the alcohol and delays the feeling of drunkenness, she says. “You don’t realize you’re as drunk as you are,” which makes it more likely that you will drink too much.