In music class, preschoolers sing, dance and pretend to buzz like bees and jump like monkeys. But research shows that early childhood music class is more than a fun-filled hour spent with egg shakers and colorful scarves.

In addition to parental bonding and a positive early experience with music, early childhood music education benefits kids both academically and socially. According to experts, music provides younger children with a foundation for success in three key areas: musical aptitude, social and emotional development and academics.

Patricia Weitz, owner and director of Weitz Music Studio in Yardville, NJ, says that the potential for musical aptitude solidifies around age 8. While early music teachers agree that musical skill can be learned at any age, inherent aptitude is nourished in environments where children as young as newborns are repeatedly exposed to quality music. In fact, research shows that the younger a child is when he begins music instruction, the more he will benefit.

Early musical experiences provide a foundation for future success. “Children who get that early music education will simply think of music as something they could always do,” says Brown.

Group music instruction provides a foundation for the development of healthy social skills by encouraging cooperation, turn-taking and sharing. In the process of singing, dancing and having fun, students have the opportunity to learn how to behave in a structured setting.

“Part of the reason I do music class is for the experience of being in a group with a bit of structure,” says Jessica Baker, whose daughter Josephine attends music class with Tara Smith, an early childhood music educator in Bryn Athyn, PA. “It’s remarkable to me that even at that very young age, they’re starting to learn how things work in a structured environment,” says Baker.

In addition, music class teaches children that they can use a variety of tools to communicate their thoughts and feelings, including sound and movement. “It’s all about helping them find their voice,” says Smith. 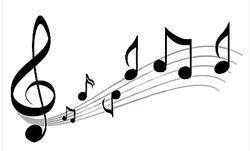 Studies indicate a link between early music education and increased spatial intelligence. Experts say music forms strong connections in the brain, and that these connections are the same as those used in cognitive skills such as critical thinking, problem solving and mathematics.

According to Weitz, music “helps the brain lay down neural pathways that will be used later in life or later for higher learning.” She notes that musical instruction also provides a practical foundation for success in a classroom setting, and says of her students, “I think that musical activities help to focus their thinking, and help them with their ability to follow direction.”

Karen Polefka, whose daughter Jordan has attended Weitz Music Studio since the age of three, believes that music education has equipped Jordan for success in school. “I do think that the skills she’s learning through music definitely extend into learning and education,” says Polefka.

Which qualities should parents look for when choosing an early music program?

”Look for a teacher who is fun, exciting, engaging and is musically inclined,” says Tammy Keorkunian, founder and director of Children’s Music Express, Inc. in Huntingdon Valley and Chestnut Hill, PA. Keorkunian encourages parents to visit several programs in order to find a good fit. “It’s important to have “a teacher who can handle a class and make sure everyone is participating and involved,” she says.

Class size is an important factor. There should be enough children for social interaction, but not so many that the group becomes chaotic. “I feel passionate that my families have an intimate experience,” says Keorkunian, who limits her classes to a maximum of 10-15 students.

The benefits of early childhood music education extend beyond the classroom and into the lives and homes of its students. “Music is a part of our lives every day — listening to it, playing it, singing it and appreciating it,” says Amy Blum, whose children Jaden Sky and Jemma Bleu have both attended Children’s Music Express classes. “My husband and I are thrilled that our kids love music, and we feel grateful for the strong foundation that they continue to receive.”