SONG: “You Gotta Hold It” by The Hipwaders

In general, I dislike potty songs. But The Hipwaders’ “You Gotta Hold It” breaks that unpleasant mold. This rocking reinforcement of control, even in difficult circumstances (like a gross public bathroom) is a nice grownup approach to a lifelong challenge. It’s part of an excellent two-song download with “Just Not Me,” a declaration of individuality.

CD: Kidquake by The Not-Its! 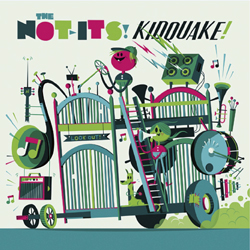 The Not-Its!’ latest latest CD’s title track sets the mood immediately: “Kids have a power no one knows,” and “you gotta tap into the molten kid core.” This empowering rocker captures the high energy of this visually and musically exciting band.

Whether it’s a horn-heavy lament about being too “Busy” or a clever explanation of “Rock, Paper, Scissors,” this rhythmic danceable CD is a delight. “Participation Trophy” and “Operation Cooperation” turn the usual do-gooder song on its ear without diminishing life lessons.

You wouldn’t imagine you could dance to “Tarantula Funeral,” but you will, even as you mourn poor Bob, “who grew out of his exoskeleton.” 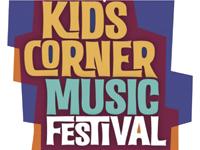 Discover The Not-Its yourself when they perform at my next Kids Corner Music Festival. With their skinny ties and tutus, this high-energy quintet does the outstanding kids’ music scene in Seattle proud. Check out their rare East Coast appearance along with Big Bang Boom on Feb. 17 at Philadelphia’s Union Transfer, 10th and Spring Garden Sts.