The Ever After Audition

I have been The Littlest Pet Shop’s cow since my daughter was 3. After honing my skills in the craft for years, I’ve become accustomed to the short end of the stick, the overlooked side in the Pet Shop’s clubhouse, where the other pets hang out.

Many times, I’d vie for the pretty butterfly character or the adorable kitten, but my daughter was determined to typecast me as a bumbling cow with a larger than life head and an oversized bell dangling from a scrawny neck.

Bessie, my character, consistently scored last in impromptu talent competitions and, worse, was forever overlooked by Prince Eric, a charming, handsome, snooty, pet-patootie bulldog who only had eyes for the mascara-donning variety. Even skunks fared better under this questionable character. No “happily-ever-after” for my bovine.

Of course, I tried to teach my daughter that beauty comes from within, and that Eric wouldn’t recognize character, even if it were to hit him over his bulbous head. But I must admit the play-acting was too cute to interrupt with lessons in disposition and tact. Besides, my daughter ran a pretty tight ship. There wasn’t much room for improv. She fed me every line, and I often failed. Accurately translating unrequited love wasn’t an easy task.

After my son was born, he often became part of Pet Shop’ville, a natural side effect and hazard of being the little brother to a girly-girl sister. Now that he’s almost 4, we have ditched the pets and their pink clubhouse happiness and moved on to grittier pastures — a construction site at the foot of his bed. It’s a site where mobile cranes hang out and Disney’s handy superintendent has hung his hardhat. 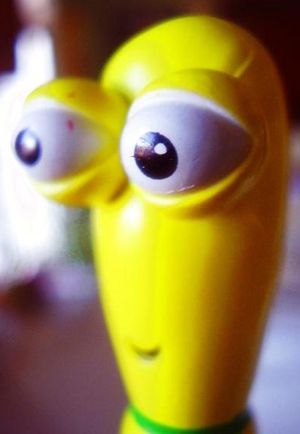 But even guys with tool belts come fully accessorized. I think my son held a secret audition some time ago, and I won first billing in the screwdriver department. Not wanting to throw a monkey wrench into the script, I’ve obediently accepted the part. Heck, I play a pretty darn good screwdriver, one that repeats almost every line verbatim and doesn’t question the sudden scene change after Act I, where screwdriver goes from swashbuckling buccaneer to recycling truck driver in less than 60 seconds. My script changes from “walk the plank!!” to city dump in less time than it would take to navigate said piece of timber.

Admittedly, I have strayed from the script or even fallen asleep in mid-arrr! on occasion. It’s not always a walk through Neverland or the recycling plant to stick to the firmly enforced script while holding a two-inch screwdriver with bulbous eyes attached to its head. My rogue seafarer/environmental steward tool often wonders out loud if the timesheet at work was actually signed before leaving the office, or if we could sneak a five-minute nap into the script to recover from time at the office. I’ll even admit that the circular reasoning of a buccaneering Craftsman replica can at times be a bit mind numbing, but I haven’t been able to sell my little screenwriter on the idea that fake-chrome plated tools need to check e-mails occasionally.

While on an unscripted excursion the other day to clean up my son’s room, I found Bessie and promptly fell apart. Hasbro and Disney would have a field day with saps like me in a focus group, or maybe they’d politely show me out of the room. This silly little toy made me miss the script, the hours of sitting on the floor with her, the impromptu beauty pageants, the silliness of Prince Eric’s dictatorship, the unplugged quality time, the spontaneity of  her imaginative flip of the script, and my girl being little again.

It takes few reminders to realize a special moment, and I’m very aware of that when screwdriver hops onto the “garbage truck” and my son looses himself in the next adventure. I’m back on the floor, wielding Manny’s right-hand tool. 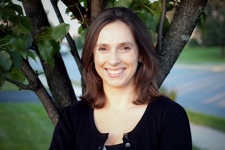