The Dyeds vs. the Whites

First, it was the Bloods vs. the Crips.Then, Coke vs. Pepsi.

Now, there's a new rivalry tearing at the knitted fabric of our nation.

The Dyeds vs. the Whites. Hair color, that is.

It's a battle so fierce that it's ravaging retirement homes, requiring defibrillators in super markets across the country. It is a rivalry revealed in a whisper over the card table, a sideways look from under the dryer at the hair dresser. There is a reason why so many older women take blood pressure medication.  This is it.

If you've ever been in a doctor's waiting room and noticed the look of a White's face when seated next to a Dyed, then you've seen the rivalry in its purest form. It's a momentary thought of transforming one's cane into a weapon, of waving one's manicured nail at a member of the opposite hair preference, of yelling, "Shut the front door!" when another asks if Dr. Goldstein is running late.

In an effort to bring this underground hair color rivalry to the forefront of our collective consciousness, let me break it down for you:

Elderly ladies who dye their hair look down upon those who let their hair turn white. And, the Whites have an equal and opposite prejudice to those who dye.

You need not look any further than a retirement home dining room. It is total segregation.

Whites on one side. Dyeds on the other.

There is no mingling, no inter-hair dating, no recognition of the other group's humanity whatsoever.

These ladies have learned nothing since Brown v. Board of Education.

Why the great hair divide?

I once believed that this prejudice was one-sided and limited to a certain red-headed hot Gram whom I know and love. I often questioned her, "Why don't you ever make lunch plans with 'Eric's' grandmother? She lives in your building . . . she's smart, interesting, well-traveled?" Gram would just shrug and ignore my question.

"Gram won't call her because she has WHITE HAIR!" my mom interjected.

White hair is the plague to the Dyeds. It is one step away from death and a whole walk through the produce section away from LIVING.This Dyeds vs. Whites rivalry cuts across regions, class, and possibly race too. An educated, successful White will even snub a distinguished judge if she dyes her hair.

This prejudice is so strong that Gram refuses to speak to her high-rise neighbor. Her next door neighbor! The neighbor's hair is not only white, but FRIZZY too. (God forbid). So, it took Auntie (Gram's sister, with "vanilla hair") to act as a go-between for the Dyeds and the Whites. She recently knocked on the white, frizzy haired neighbor's door, and asked, "If there's ever a fire, could you please bang hard on my sister's door?" White Frizzy just shrugged. Clearly, she's going to rescue her own.

I don't have solutions for this profound problem. But, I think the first step is to recognize that there is a problem. To do my part, I'm holding a building-wide meeting in Gram's high-rise tonight in an attempt to start a dialogue on how to stamp out this hair color prejudice once and for all. 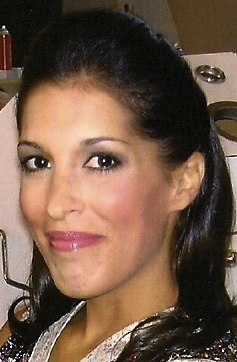 I call Gram to tell her her my idea and she just laughs and quickly changes the topic. "My doctor prescribed a walker for me today," she says.  "He's not sure if I need it . . .  I'm not sure either . . . but if I do get one, I want one of those Burberry walkers."

This is NOT going to sit well with the Whites. I cancel the meeting. Perhaps desegregation is just a dream.

Stacy Heenan Biscardi is a freelance writer and attorney from Bryn Mawr, PA. She lives outside of Philadelphia with her husband and two young sons. This post was adapted from her blog, Wifty & Shifty.