No one wants to get the politically correct police after him (or her). I suppose you can blame the publishers when a rash of titles come out in pop-ups that look suspiciously like they are aimed at one particular gender.

Sports Illustrated Kids’s Wow! The Pop-up Book of Sports ($26.95, ages 4 to 8), is not all about boys. There is Serena Williams popping up large as life with a yellow tennis ball jumping right into your lap in one of Bruce Foster’s many dramatic pop-ups. The book obviously functions around its illustrations, but that does not mean it fails to deliver on subjects as diverse as sibling rivalry, the Boston Red Sox’s long road to a World Series victory, great Super Bowl upsets and skateboarding on the Great Wall of China. The final pop-up of surfer Kelly Slater “in the tube” rises to the level of excitement that transcends expectations of any book, including pop-ups. 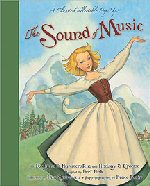 Competition, violence and puke are not just for boys, but neither are weddings usually just for girls. The Sound of Music, a pop-up based on the Rodgers & Hammerstein musical, features pop-ups of a lovely bride, a beautiful castle and majestic mountains (Simon & Schuster, $26.99, ages 4 to 8).

A different audience seems to be meant for cars and car racing, and gladiators wrestling with lions. In Cars: A Pop-up Book of Automobiles (Candlewick, $18.99, ages 6 and up), Robert Crowther, a prolific pop-up creator, focuses less on the impressive engineering than on the information he can pack into pull-outs and three-dimensional pages studded with details about his subjects. The book provides informative and interesting history of cars and driving, featuring notable cars throughout automotive history and the impulse to race cars that goes back to the very beginning, when top speed was 10 or 12 mph. 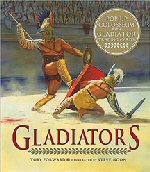 Toby Forward’s Gladiators (Candlewick, $27.99, ages 7 and up) highlights paper engineer David Hawcock’s ornate recreation of the Coliseum with one large pop-up sliding next to another to create an actual three-dimensional structure. It comes packaged with a book about gladiators’ lives, trading cards about gladiators and the pieces and instructions for Tabula, an ancient Roman board game. The package shows off Roman society through the eyes of some of its most famous, if most unfortunate, denizens, who lived, trained and possibly died for the entertainment of Roman crowds.

Science pop-up books obviously don’t have to be disgusting. Robert Crowther again, with his Pop-up House of Inventions: Hundreds of Fabulous Facts About Your Home (Candlewick, $17.99, ages 4 to 8), has a sensible format of a three-dimensional kitchen, living room, bathroom, bedroom and garage with facts about their contents, like the waterproof raincoat’s invention by Charles Macintosh in 1823 and the toothbrush by William Addis in 1740. The first electric toothbrush apparently came as early as 1885.

Solar System: A Journey to the Planets and Beyond by Ian Graham (Silver Dolphin, $17.95, ages 7 and up) exudes the sophisticated look of planets suspended in front of black outer space and detailed landing craft on Mars for a mature overview of both outer space and man’s efforts to search it. 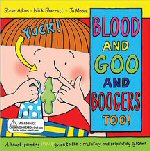 Steve Alton, Nick Sharratt and Jo Moore’s Blood And Goo And Boogers Too!: A Heart-Pounding Pop-up Guide to the Circulatory and Respiratory Systems (Dial, $18.99, ages 4 to 8), is definitely putting some attitude into its scientific journey, starting with the snot-faced kid on the cover with a finger in one nostril and green gelatinous goo escaping from the other. The book does not stint on facts or worthwhile observations. It follows the circulation of blood like a roller coaster through the body and shows the heart’s stringy brown-and-white valve in a photo as unappetizing as the cartoonish drawings.

Goo aside, this year’s pop-up crop offers choices that differ as widely as kids’ interests, regardless of gender.