Your daughter’s first crush has thick bangs that cover his eyes and a brown belt in Aikido. Enamored of his vegetarian lifestyle and Eastern interests, she’s talking tofu and downloading anime movies by the gigabyte. You? Not so impressed.

Tweens and teens are often preoccupied with romance. “Kids are starting to date earlier than most parents would like,” says relationship education advocate Lindsay Kriger, creator of the romance advice blog If Only I Knew.

Spending time with mixed-sex peer groups exposes kids to potential love interests and offers opportunities for flirtation. According to recent research conducted at McDaniel College in Maryland, by ages 16 to 18, 75 percent of teens report they’ve had a relationship, dated or “hooked up” with someone.

Dating is an opportunity for adolescents to test out different identities, says research head Stephanie Madsen, PhD. One month your teen may sport an athletic persona; the next, he’s turning your garage into a recording studio. His clothing and style choices may shift to please the latest would-be girlfriend.

For parents, watching kids try on identities is a bit like watching bad comedy: Although the characters are awkward and unbelievable, it’s almost impossible to look away.

First relationships are like a mirror: Kids see themselves as others see them and find out how their words and actions draw people closer or push them away. Tweens and teens also learn about their values and goals, explore their feelings, and practice communication and commitment through dating, says teen life coach Melissa Kahn: “In some ways, teenage love is the purest, sweetest love of all — the kind that is about attraction and fun.” But that doesn’t mean young love is easy. 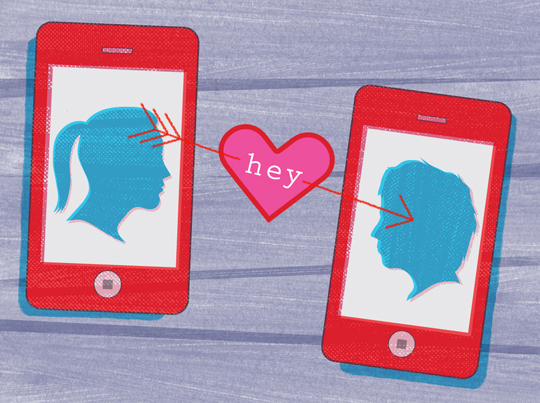 “Romance is a double-edged sword,” says Madsen. Being admired and desired is exhilarating; getting disregarded or dumped can be crushing. First relationships create a template teens use to understand future relationships: “Failed relationships can make teens feel inadequate, and those feelings of unworthiness may be carried around for a long time,” says Kriger. Help kids learn what is appropriate in a healthy, loving partnership by taking a consulting role in tween or teen romance.

DO listen and share. “Romance can be a fun topic for parents and kids to bond over,” says Kahn. “Take a listening role to hear what is on your child’s mind. Also share your personal experiences with love, which a lot of kids are curious about.” Ask your child what qualities she looks for in a potential boyfriend and what she likes to do on a date. “A teen who has talked through what she wants in a relationship is better prepared when important choices — like when to end things — present themselves,” says Kahn.

DON’T overemphasize sex. “Fewer than half of high schoolers have had intercourse,” says Kahn. “Yet many parents assume their teen is engaged in sexually risky behavior and discourage dating altogether.” Be careful to distinguish between romance and sex; they aren’t the same thing. “Many young girls are more interested in infatuation and the logistics of being asked out than in sex,” says Kahn. If you immediately bring up sex when your daughter mentions a boyfriend, you risk shutting down the dialogue.

DO supervise appropriately. Madsen’s research shows that 64 percent of parents have rules about kids’ romantic relationships. The best of these alert parents to the “who, what, where” and allow them to step in if their child needs support; they don’t restrict behavior. “Rules that tell teens who they can (or can’t) date and what they can (or can’t) do are perceived as overbearing” and can backfire, says Madsen. Kids may look for loopholes or keep relationships secret to avoid punishment.

DON’T intrude. “Teens crave privacy and independence,” says Kahn, and they’ll pull away if you’re overinvolved. Instead, just make yourself available to act as a sounding board when your child wants to talk. When he chooses to share his dating troubles and triumphs, keep them in strictest confidence. It’s not cool to post your kid’s romance-related news to Facebook. 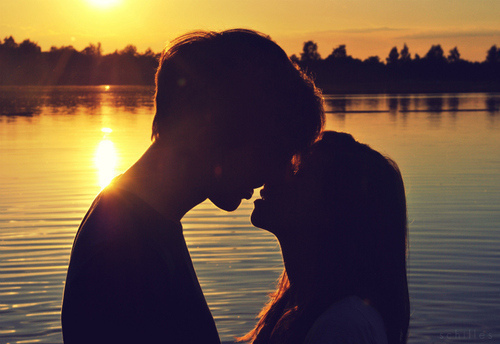 DO set clear expectations. Adolescents learn what behavior is normal during dating. Explain what is and is not acceptable. Studies show that many tweens and teens experience verbal harassment in dating relationships, and nearly one-third say they worry they might be physically hurt by a romantic partner. Kids need to know they shouldn’t tolerate disrespect or abuse. Establish a code your child can use to escape a bad situation. If she calls or texts you the code, come to the rescue. Tell her you need her to return home immediately due to a “family emergency” and pick her up.

DON’T project. Thinking back on your own teenage years may help you better connect with your child, but remember, your child is not you. “Parents may fear teens are repeating the very same mistakes we made, which — in retrospect — seem horrifying,” says Kahn. Be careful not to assume kids are making the same choices you made or that the same results are inevitable. You can’t prevent your child from making mistakes — or talk her out of her latest crush. But you can be there to pick up the pieces of her broken heart.