The many benefits of summer camp 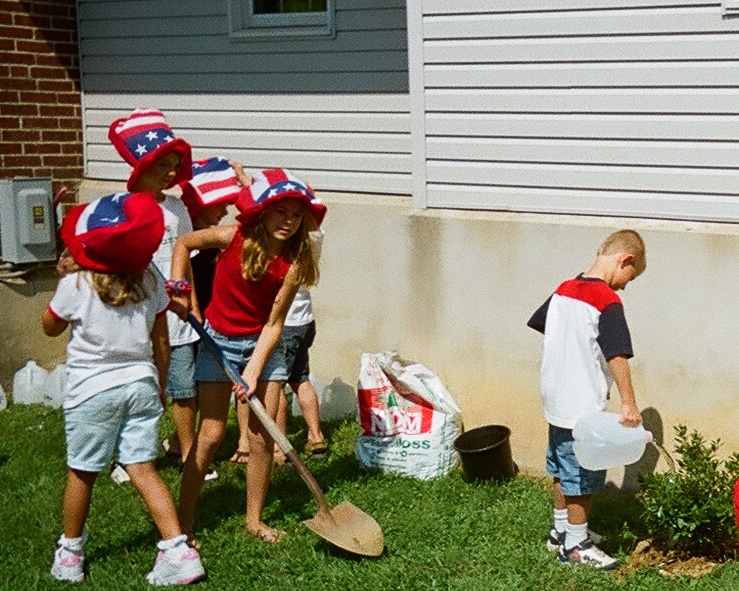 Photo Courtesy of Lisa B. Samalonis

“We painted posters, made a mobile of the water cycle, learned to smash the trash, hunted for bugs, watched out for poison ivy and climbed Big Hill!” my boys, ages 6 and 8, said breathlessly when I picked them up from their first day of nature camp.

They held a wire hanger with words and rain clouds hanging from strings and handed me a camp newsletter. “Our first homework assignment is to collect egg crates and milk cartons for future projects and to reuse, reduce and recycle our trash at home,” explained my oldest son.

Details of the day’s events, the counselors, new friends and activities planned for their six weeks of summer camp tumbled from their mouths as I shuttled them to the car. Throughout their childhood, my sons attended various camps—from science and rocketry to arts and sports, which proved to be an opportunity to get outdoors, meet new playmates and learn in a relaxed environment. Summer camp gave me a break along with several hours of uninterrupted work time. The boys came home hungry, tired and ready to watch a TV show, play a video game and read before we headed to the pool in the late afternoon once I finished my work.

At camp, the kids made tie-dye shirts and homemade slime, planted trees and flowers, worked at a community garden, saw movies and local plays, enjoyed days at the township pool and played water games when the local fire department came to visit. They also learned life skills like listening, working in a group, getting along with children of varying ages, cleaning up and doing things they were not particularly at ease with, such as acting in skits and singing for an audience. Some lessons had to be learned more than once. My youngest son contracted poison ivy every summer despite knowing what to look for in the outdoors.

Some camps serve children with special needs, such as those who are medically fragile, so that they too can experience this rite of passage. Other camps, like those for children who have lost a parent, help kids share their grief with those who have had a similar loss. These interactions are long remembered even if the children do not remain close friends. The activities and the memories bind them forever.

During high school, both my sons ran cross country and attended a weeklong training camp in Maryland. These trips taught them about leaving home, being in different conditions (no air conditioning, shared lavatories, ample bugs and stargazing) and eating new foods. Each day, they rose early to run the hills of the Susquehanna River Valley in groups based on their skill level, and then they ran again in late afternoon. The runners napped between workouts and attended after-dinner lectures on nutrition, fitness and mental preparedness.

By the fourth year of camp, my teens were preparing their lists—a flashlight, bug spray, extra pairs of socks and all-important snacks. They packed their bags, feeling far more confident of themselves. Camp became a stepping-stone for their college journeys that would soon commence.

For the final summer camp, my oldest son ran in the group he had admired as a first-year attendee. “I set the goal. I would be in this group by my senior year, and I did it,” he said with a smile when he returned.

Indeed, he did. The hills were hard. The days were hot and humid (and sometimes rainy), and the distances stretched up to 11 miles, but he persevered. He came home exhausted but accomplished. That same summer, before heading off to college, he drove by the park adjacent to the nature camp.

“You know, Mom, Big Hill wasn’t nearly as big as I remembered,” he said.

Lisa B. Samalonis writes from New Jersey. She is at work on a memoir about single parenting her two sons.

This piece first appeared in the January 2022 issue of MetroKids.