CFLs, those curly new bulbs, contain mercury. Be careful if they break.

CFL light bulbs — the spiral bulbs popping up everywhere these days — contain mercury, posing a potential hazard if they break and requiring recycling when you throw them out.

A majority of today’s homes use CFLs. Unlike the old incandescent lightbulbs, CFLs light up when a combination of three phosphors are exposed to ultraviolet light from mercury atoms. They efficiently use energy and offer long-term savings. On average, a user will save $36 per bulb in net costs (purchase plus electricity costs). That’s because a CFL is guaranteed to last 8,000 hours versus the 500-2,000 an incandescent light bulb generally runs. This makes CFLs beneficial to the environment.

Many people are unaware that CFLs contain mercury. The amount is relatively small. A CFL only contains 4 or 5 milligrams of mercury, whereas a typical mercury thermometer contains nearly 500 milligrams.

If a CFL Breaks

Clear people and pets from the room where the CFL broke. Turn off the central air system and air out the room for 10 to 15 minutes by opening a door or window.

Use stiff paper or cardboard to carefully pick up the broken glass and powder. Place all the materials in a glass jar (if  not available, a plastic bag will work but dispose of it immediately).

Use sticky tape to pick up the remaining glass and powder from the area, and then wipe the area down with a wet cloth. Place all materials (including the cloth) in the jar or bag and dispose in an outdoor trash container or protected area. Wash hands with soap and water a and continue to air out the room for a few hours

“The amount of mercury in a CFL is about as much as would fit on the tip of a ball point pen, or even less,” says Jennifer Dolin, manager of sustainability and environmental affairs for Sylvania. “Sylvania has reduced the amount of mercury by close to 92%, with our MicroMini using just 1.5 mg. “

CFLs actually reduce the amount of mercury released into the environment because they cut down on electricity generated by coal-burning power plants, which emit mercury. However, CFLs must be recycled or disposed of in a toxic waste depot. If they aren’t, the poisonous mercury they contain will build up in landfills.

In addition to properly disposing of their mercury, recycling reuses some of the materials used in the CFLs, including metal and glass. Several local retailers, including Home Depot, Ikea and Lowes, provide CFL recycling bins. So do some counties, municipalities, local retailers and waste agencies. Mail-in disposal is also available. 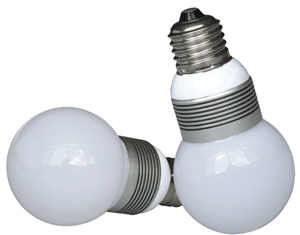 The Next Generation Lightbulb?

There’s an even newer, more energy-efficient alternative to CFLs — LED, or light-emitting diode bulbs. However, a single LED bulb costs between $30 and $40, compared to a $4 CFL. An LED should last 10 times as long as CFL on average, and creates less heat, which has the potential to reduce cooling costs in warm months. LEDs do not contain mercury.  This technology is changing rapidly, and could overtake CFLs in the years ahead.

Kristen Gillette is a MetroKids intern and student at Temple University.