Thomas Jefferson: Life, Liberty and the Pursuit of Everything

Noted New Yorker artist Maira Kalman has a whimsical style that translates well into illustrations of historical figures. In Thomas Jefferson: Life, Liberty and the Pursuit of Everything, she portrays the third American president as a constant reader, tinkerer and thinker. Kalman describes Jefferson’s multitasking as farmer, architect and university founder as the brilliant outpourings of a restless mind. Kalman doesn’t shy away from Jefferson’s faults: She tsk-tsks him for having owned slaves and depicts Sally Hemmings, the slave with whom he had children. The colorful drawings, in which even the elegant script of the Declaration of Independence is recast in the author’s informal hand, make the book educational for the young and diverting for adults.

Malcolm Little: The Boy Who Grew Up to Become Malcolm X 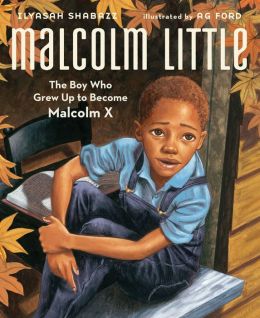 In Malcolm Little, Malcolm X’s daughter Ilyasah Shabazz tells the affecting story of her father’s childhood. You wouldn’t know about Malcolm X’s radical ’60s persona from the book, whose text and touching illustrations by AG Ford portray a warm and loving family, led by Malcolm’s forceful, charismatic parents, Earl and Louise Little. The author tells of the shocking fate suffered by the family because of Earl and Louise’s push for equality and shows Malcolm’s inherent magnetism in action: He’s elected class president, despite the fact that he is the only child of color at his school. 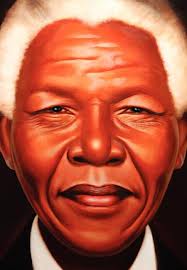 The detailed double-paged drawings in Kadir Nelson’s Nelson Mandela give both humanity and dignity to a hero of our own time, the man who emerged from a quarter-century in prison to lead a peaceful revolution that gave the black majority control of South Africa. This profound change — and lack of retribution — realized over the past 20 years is a story as dramatic and significant for the 20th and 21st centuries as the American Revolution was for the 18th. South Africans credit Mandela with the force of personality to have pulled off such a turnaround, and the artist’s nuanced yet giant drawings portray the character of the man, his country and countrymen with the strength and subtlety that reflect their achievement.