To prepare kids to thrive in a culturally complex world, teaching students about multiculturalism is as important as any standard school subject. Whether kids experience diversity firsthand by interacting with peers from other countries or listening to a lesson about various cultures, awareness of cultural differences can start just by being in a classroom.

“Classrooms across this country are incredibly diversified,” says middle school science teacher Frederika Jenner, president of the Delaware State Education Association. “We have kids from all ethnic and cultural backgrounds, so it’s important that everybody recognizes and celebrates those differences.”

To show children that differences are welcome, faculty members must be willing to learn about the diversity among students. Jenner says employees at Delaware schools work on possessing “cultural competence,” or an understanding of cultural variance in a classroom, as well as the significance of it. Over the years, Jenner adds, she’s learned that educators should be straightforward with students when teaching about diversity.

4 Reasons to Host an Exchange Student

1. Gain a broader perspective of the world by learning about another culture.

2. Discover similarities between American kids and those from different countries.

3. Having a friend in another country is a great reason to travel abroad in the future.

Click here for the nitty-gritty on hosting an exchange student.

“I’ve taught for a long time, and I’ve found that children are not introspective,” Jenner explains. “Adults come home from a bad day at work, and they think through what went wrong and how to make it better tomorrow. But kids don’t think that way, so sometimes you have to make expectations and the fact that differences are interesting and not to be disparaged explicit.”

Fifth graders at Steinhauer Elementary School in Maple Shade, NJ dedicate a day to diversity during the school’s Multicultural Day, which will be held for the seventh year this month. Students research their own backgrounds and bring in items from their respective cultures, along with food for a “cultural feast.” Afterward, students gather with a Holocaust survivor for a discussion about her experiences, including a portion on bullying and tolerance.

Fifth-grade Steinhauer teacher Chad Kramaroff pitched the idea for Multicultural Day after noticing bullying among students, in which parents would sometimes get involved. Since then, he says, the tradition has had a lasting positive impact.

“Now it’s gotten to a point where the kids really take pride in their culture and show it off,” Kramaroff says. “The point we stress on this day and throughout the year is that just because something is different does not mean it’s wrong.”

“Exchange students can have a unique perspective on different topics and world events,” says Donna Henry, chairman of the Youth Exchange Committee for the Rotary Club of Eastwick–Philadelphia International Airport. “Students from other countries know a lot about American history and politics. That is eye-opening for US students, that somebody from another country in the same grade knows a lot more about them than they know about the other person’s life and culture.” 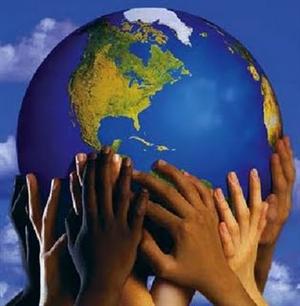 Sharing a classroom with students from various backgrounds also teaches kids that, despite any disparities in appearance or behavior, they all have things in common.

“It shows that people want the same things out of life and there are just little differences in how we go about it, such as differences in religion, food and language,” says Henry. “Children are all basically the same.”

Cheyenne Shaffer is a MetroKids intern and journalism student at Temple University.