How to Throw a Frozen Party

Frozen-mania shows no signs of melting, which is why it's smart to be in the know on how to throw a festive Frozen party that'll wow without breaking the bank. MomSpeaker EJ Curran shares how she did just that for her 2-year-old here.

With Disney's Frozen the birthday theme of the season (and every season, it seems), our Elsa-obsessed youngest monster would settle for nothing less than a house turned winter wonderland for her second birthday.

First on the list: our Snow Queen's royal birthday gown. I found a handmade, flowing tutu dress. There are a ton of handmade Snow Queen-inspired gowns on Etsy that fit every personality and size. The one we chose featured little fabric snowflakes over blue tulle and soft, white feathers along the bottom hem. The accompanying cape also featured snowflakes in the embroidery and was an instant hit for our little lady. 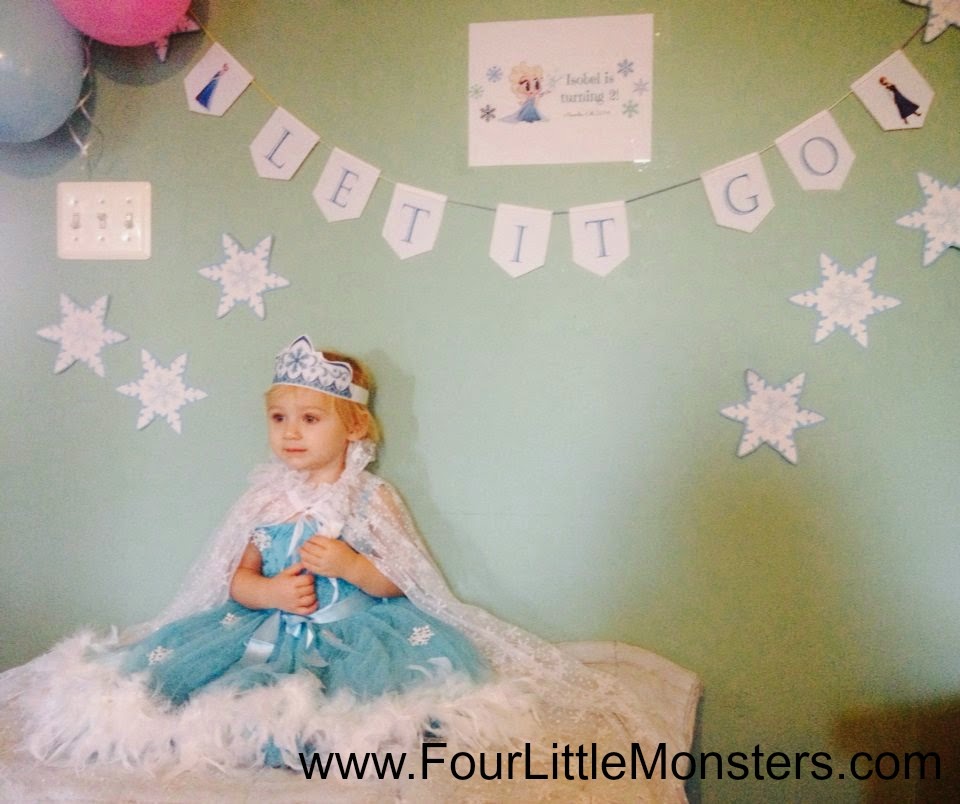 With the gown's blue and white colors in mind, I pulled in the same white and blue using paper snowflakes I picked up from the teacher's section of the Dollar Store. One dollar bought me a huge pack of these snowflakes, so I stocked up on these and plastered them all over the main level of our home. They were also great accents when hung from the ceiling. I doubled up the hanging snowflakes so they would appear on both sides when they twirled.

I then brought in some purple and pink using Disney's Frozen Latex 12" printed balloons. I placed clusters of balloons, featuring Olaf cutouts over the base of each cluster.

We found a great site, PoshTartParties.com, with free Frozen banners and other party printables. I put together a "HAPPY BIRTHDAY" and "LET IT GO" banner, one for the main party area and the other for a backdrop where photos would be taken. Our little queen loved getting photographed while sitting on a cozy white comforter in front of her backdrop of snowflakes and decorations. 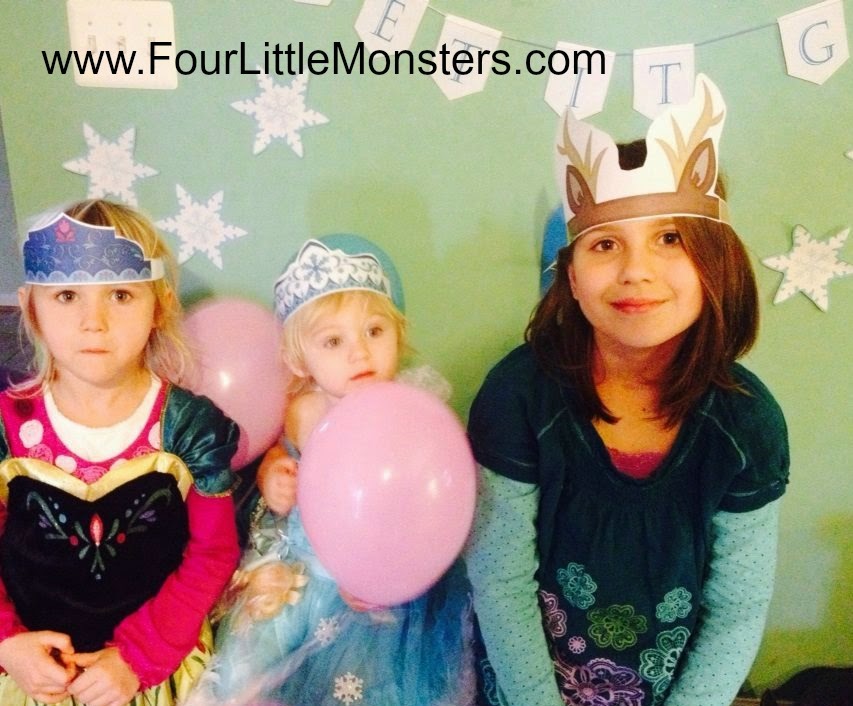 I found several free printable Frozen crowns and games when searching online. The crown and antler headbands were a huge hit as well as a printable Pin the Nose on Olaf game.

Do you have a great idea or link for a Winter Wonderland Frozen party? Share in the comments!

EJ Curran is a Delaware mom. This post is adapted from her blog, Four Little Monsters, at FourLittleMonsters.com.