How to Foster Friendship Between Siblings 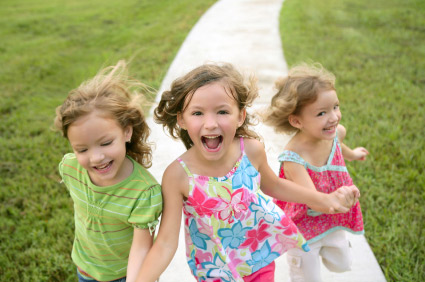 Image via Getty Images Plus

“There is a crack, a crack in everything. That’s how the light gets in.”

The COVID-19 pandemic has had a somewhat polarizing effect on families, says Daniel Bauer, a licensed marriage and family therapist at Bala Child & Family Associates in Bala Cynwyd, Pennsylvania. Increased quality time has made some families stronger. Yet “too much cooped-up, anxious time” has put a strain on other families.

In particular, the quality of sibling relationships is one of the main predictors of mental health in old age, according to a report in The American Journal of Psychiatry. Healthy sibling relationships promote empathy and academic achievement. Less positively, sibling bullying is linked to anxiety and depression. How can parents and caregivers help their children forge friendships with one another?

“The first way would be eliminating competition or perceptions of it,” says Emily Simonian, head of learning and a licensed marriage and family therapist at Thriveworks in Washington, D.C. “It’s natural to compare ourselves to the people next to us, especially in childhood, but sibling rivalry can divide siblings in childhood—and even into adulthood.”

Children develop at different paces socially and emotionally, which disabilities can impact. “Create a household where individual differences are celebrated to reduce that sibling rivalry,” she says.
When kids act out, parents shouldn’t dismiss it as sibling rivalry, Bauer says. Instead, they should consider what’s going on for them internally, even if the kids themselves are too young to have the words.

Research suggests that siblings whose mothers didn’t show much favoritism when they were growing up had better relationships than siblings who reported this favoritism.

“If we’re expecting our kids to be best friends,” Bauer says, “it might not be fair to them or reasonable.” To encourage friendship, Simonian says that parents can complement siblings when they’re playing with each other and get them talking about how they view their relationship.

Parents can help their kids resolve conflict by teaching them how to communicate their feelings without blame or provocation.

While kids should be empowered to sometimes figure things out themselves, effective modeling is key.

You may have heard the saying that a parent is only as happy as their least happy child. Wimms says to flip this notion on its head: Sometimes children are only as happy as their parents are.
Similarly, “if we want our kids to spend time with each other, we have to learn to spend time with our kids as well,” Bauer says. Young kids won’t appreciate that their parents are working long hours to put food on the table if their emotional needs aren’t met.

“The more seen and heard they feel from their parents,” he says, “the better everything in life goes, and they’re able to be better siblings with each other.”

As children age, Simonian says, they will naturally want more time apart—not only from their parents, but from their siblings. That’s OK, but encourage quality time, “even if it seems
they’re growing out of it.”

Family movie nights offer one form of activity. “The one thing that we do know is that the more quality time kids spend with their parents, the better off they are,” Bauer says. “For parents to be infinitely curious about their kids and unconditionally loving to their ability—that’s what grows good homes where kids are able to thrive and be good siblings.”