For Earth Day, a Look at Trash

Apart from being made from trees, What Happens to Trash? (Collins, $16.99, ages 5-9) embodies the virtues and lessons of Earth Day. Author D.J. Ward covers the world of the detritus we leave around — and what we can do about it.
He explains that a landfill consists of layers of subsoil, plastic liner, clay and garbage to “keep harmful liquids from leaking away.” He tells how methane gas generated by trash gets turned into electricity. Illustrator Paul Meisel’s end flaps announce facts that beg for remedies: Christmas wrappings produce four million tons of trash in the U.S.,  and the contents of a kitchen-size trash bag could produce the energy to light a lightbulb for a day. 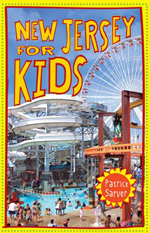 Patrick Sarver’s New Jersey for Kids (Rivergate, $17.95) is rather stark, but it gives a comprehensive list of activities categorized by history, animals, outdoors, creativity and theme parks. 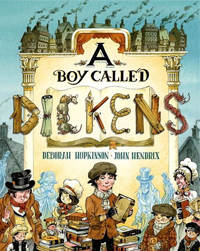 where Dickens was forced to work as a child, he stored away the stories that made him famous.

More on the Dickens Bicentennial

► The Free library of Philadelphia has scheduled a Year of Dickens to showcase its collections.