Dragons, Unicorns and Mermaids at the Academy of Natural Sciences

The Academy of Natural Sciences usually focuses on real creatures, right? So what’s with the dragons, unicorns and mermaids that make up its latest special exhibit?

“The story of how mythical creatures started began with the misinterpretation of nature,” explains Jennifer Sontchi, the Philly museum's senior director of exhibits and public spaces. 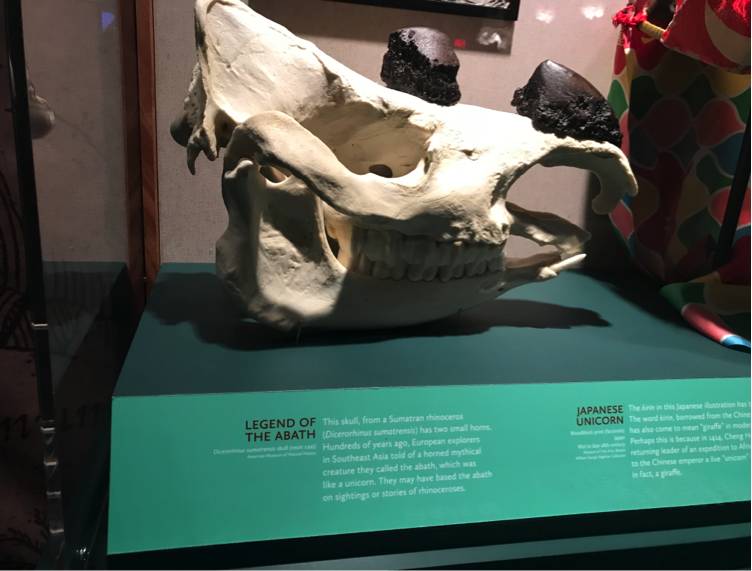 misinterpretations) of natural objects, from European mermaids to Asian and Chinese unicorns. The skull of an elephant was believed to be a cyclops because it looked as though it only had one eye. The skull of a Sumatran rhinoceros is used to illustrate how European explorers may have come to think of them as unicorns, which they called an abath.

While these early misunderstandings might not have been biologically accurate, they did pave the way for legends that were spun into folklore and art.

These stories are illustrated on TVs and screens throughout the exhibit. At the interactive “Build a Dragon” display, kids use a touch-screen to build the beast and learn the origins of the myths that surround them.

Organized by New York’s American Museum of Natural History, the traveling exhibit runs until June 9.  During the final weekend kids will have the chance to:

Alexis Ensley-Gregg is a MetroKids intern and student at Temple University.