Savor a seasonal scent with this craft. 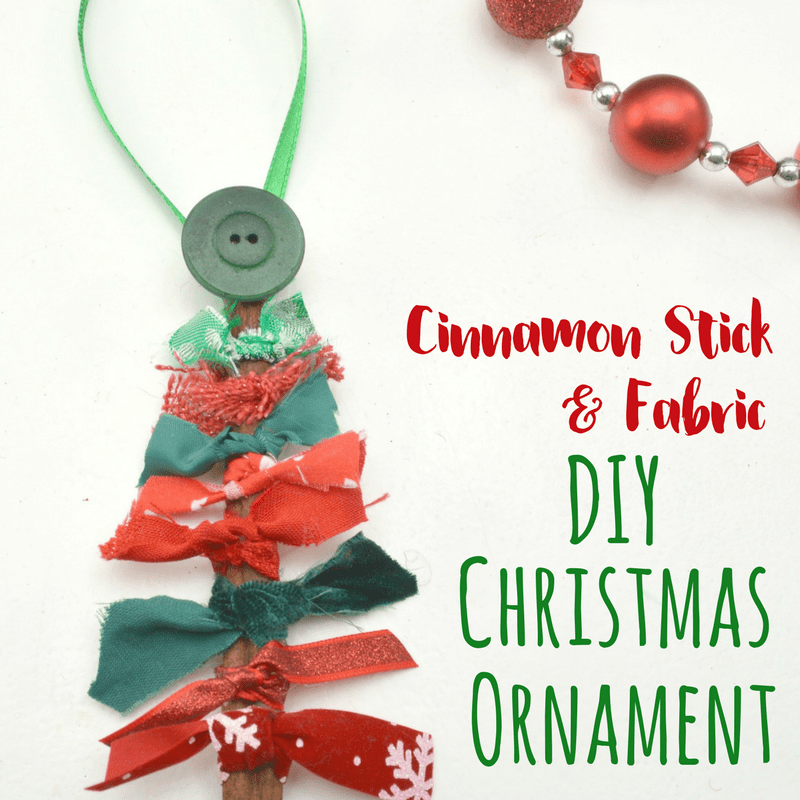 These ornaments are inspired by this one from Fireflies and Mudpies, but use a cinnamon stick for scent instead of a stick (though the natural feel there is beautiful!).

Once you have tied on your scraps and ribbon. Use scissors to trim them into the shape of a triangle, where they are longer at the bottom and get shorter as you move to the top.

Using a hot glue gun, attach a large button to the top of your Christmas tree ornament in the space left empty at the top of the cinnamon stick.

Turn the ornament over, and use the glue gun to attach a loop of ribbon to the back of the cinnamon stick so that it forms a hanger for you to hang your ornament with.

Katie Chiavarone holds a Master’s degree in Educational Psychology from NYU and is a mom to three young children. She co-authored the book The Undeniable Power of Play. This post is adapted from her blog, Views From a Step Stool.