How to help your kids foster a lifelong love of music 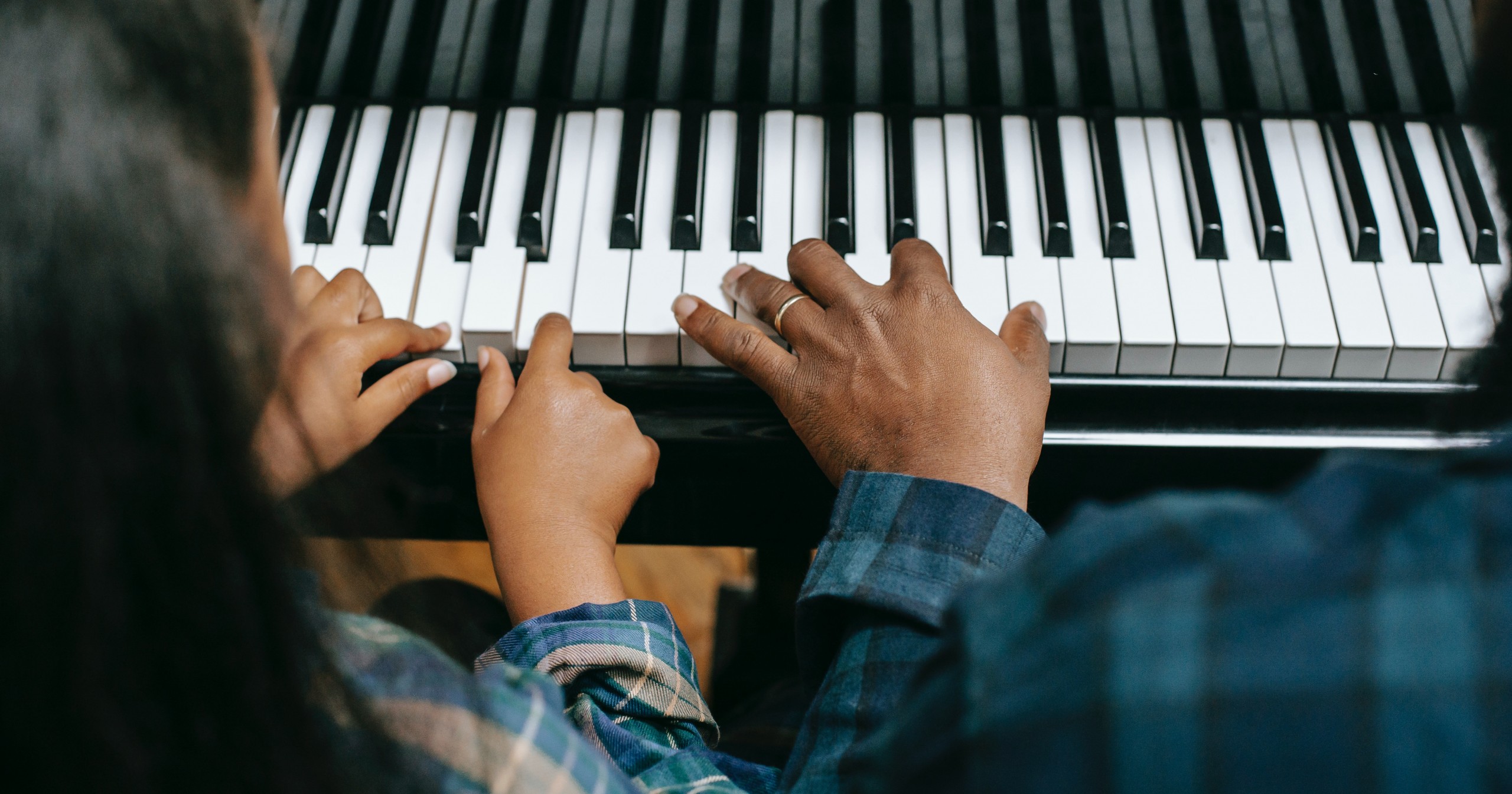 Photo by Any Lane from Pexels

For the Withers family of Abingdon, Maryland, the house rule is if you want to live here, you have to learn to play a musical instrument.

“We said, ‘We don’t care which instrument. Just pick one you like!’” says Cheri Withers, a mother of two school-aged children.

Like many musically inclined families, Cheri and her husband Jared believe that learning to play an instrument and eventually performing in an ensemble foster valuable life skills, such as perseverance, the ability to work with others and self-esteem. But what’s the Withers’ most important reason to learn to play? It’s fun!

“I played in my school band and later, as an adult, learned to play the mandolin. I wish I had a little more training to be able to play at a higher level,” says Jared, who has performed in a bluegrass band as an adult and continues to jam with his neighbors. “I’d like my children to get enough training so that they can feel confident on their instruments and enjoy making music with others.”

Their eldest daughter, Elliott, dabbled in learning the piano for a few months before she finally landed on the instrument that seems like a fit: classical guitar. But like most young musicians, it’s a long road from the first tentative plucks of the guitar strings to effortless playing with an ensemble.

“With guitar, kids may have to practice for several days to build the dexterity to correctly fret a string with their finger,” explains Jared. “There was a learning curve just to be able to play an easy song.”

Baby Beats
Before your children embark down the path of learning to play music, you can do many things to prepare them for the journey.

Just ask Michelle Urzynicok, a professional musician who plays the E-flat clarinet as a master sergeant for the U.S. Marine Band. “I’m a huge proponent for the early childhood music programs,” says Urzynicok. “For example, I did Music Together with my kids, and it was amazing! They were exposed to world music. They got to move around. The kids didn’t have to behave; they just got to have a lot of fun. It was important to me that their first exposure to and participation in music be fun!”

She also advocates looking for opportunities to expose children to live music. “Take advantage of anything in your community,” she advises. “The major orchestra in your city has children’s concerts that are often free or very inexpensive. It’s very different to experience live music instead of watching a screen. There’s so much more energy!”

School Sounds
As your son or daughter enters the elementary school years, your child will likely receive general music classes once or twice per week. By the middle elementary years, most school music programs have students begin to learn to play the recorder, a simple musical instrument in the woodwind family. Through learning to play notes and read music on this basic instrument, budding young musicians are laying the groundwork to learn to play other more complex orchestral and band instruments.

Usually by fourth grade, most school music programs ask students to choose their instrument. This choice can often be difficult. Which one to choose? What is the best fit?

Choosing an instrument doesn’t need to be complicated. The most important guiding principle for which instrument your child should choose is: What do they want to play?

According to Dr. Miles Brown, assistant professor of string bass and jazz at the University of Delaware, there’s no wrong answer, especially by the time the kids are in their later elementary school years.

“When kids are much younger, some of the easier instruments to learn are violin, piano, classical guitar or the drums,” says Brown. “Some of the brass instruments are heavy, and younger kids may not have the strength to hold them. But by third or fourth grade, they should have the stamina to play any instrument, especially when instruments are sized appropriately.”

Brown should know. He plays the giant instrument of the orchestra, the bass, with the nationally recognized contemporary chamber orchestra Alarm Will Sound. Most elementary-aged kids could barely reach the top of Brown’s standard size bass, let alone play it. But that’s where finding the proper fit becomes important, since many fourth graders can manage a quarter-sized bass. For this reason, parents of young musicians may consider renting their child’s first instruments so that they can size up as their child grows.

Making Music
After your child has chosen an instrument, you can help them succeed at learning to make music. First, their school music teacher is a great resource. She or he will usually work with your child a few times per week in individual and small group lessons. Typically, teachers and students work toward a final concert.

If you find that your child is energized by the music studies, you might consider hiring a private instructor. Frequent one-on-one instruction will help them progress more quickly. The local preparatory programs, colleges or orchestras in your area are a good place to begin your search for a private teacher.

Both private teachers and school music programs usually encourage young musicians to practice outside of school. Making time for this extra practice can be challenging, given all of the other extracurricular activities that most families are already managing. But according to Jenine Brown, assistant professor of music at the Peabody Institute of The Johns Hopkins University, it doesn’t have to be. She is also a mother of two school-aged musicians and understands that the struggle to encourage practicing is real.

“I am not ashamed to say little candies go a long way! Bribery doesn’t hurt anybody. Honestly, that is the number one go-to that works,” she says with a laugh. “I don’t think a 7-year-old can necessarily see the endgame 20 years from now. My daughter loves playing and is proud of her progress, but day-to-day practice is hard. You should also keep in mind the attention span of a younger child: Just 10 minutes per day may be enough for a beginning musician.”

“It’s amazing!” Cheri Withers says. “A $5 stuffed animal bought us a whole month’s worth of practicing!”

And, apparently, it’s paying off.

“Most of her lessons this last year were virtual (due to COVID-19), but her progress has been remarkable,” says Cheri. “She’s having fun, and we’re so proud of how much she’s already learned.”

This story first appeared in our August 2021 issue.