We start with our heroine (voiced by Mandy Moore) wondering “When Will My Life Begin?” The comedy numbers include villainous Donna Murphy’s “Mother Knows Best” and Brad Garrett and Jeffrey Tambor’s “I’ve Got a Dream.” There’s a love duet (“I See the Light”) and the requisite happy ending.

Ashman’s terrific score blends cartoonish music with grand melodies that capture the depth of the movie. The CD is packed with more moments from the instrumental score than individual songs, so you get the full movie experience. The CD’s standout performance is “Something That I Want” from rocker Grace Potter. http://disney.go.com/disneypictures/tangled 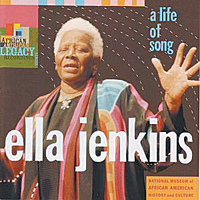 Imagine going back to kindergarten as an adult and spending an afternoon with your teacher. That’s how it feels to listen to Ella Jenkins’ A Life of Song. You may feel like a child listening to these songs, but she maintains control, never giving up the role of adult. The result is a comforting album that returns you to childhood with occasional touches of old-fashioned gospel spirituality.

Gershwin’s “Summertime” becomes a poem of childhood that spans generations and musical styles. “Black Royalty” speaks of the Duke (Ellington), Count (Basie), Queen (Latifah) and other royalty of music history. It’s a fine selection for Black History Month in February, as is her version of “He’s Got the Whole World in His Hands” that references American historical figures.

Occasionally, kids’ voices join the chorus, lending a sense of the future to the proceedings. This is a personal history lesson, a mix of songs and stories taken from the life of The First Lady of Children’s Music. www.folkways.si.edu 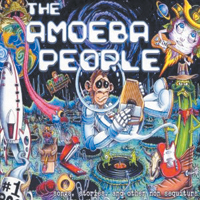 Song: "Cosmology, Your Futon & You" by the Amoeba People

At this writing, the number one song on Kids Corner is the Amoeba People’s techno-heavy "Cosmology, Your Futon & You" from their Songs, Stories & Non-Sequitors CD. It’s a spacey wonder with witty lyrics, equally at home with kids and fans of novelty music. It’s a great selection for hard to please older kids. The band offers monthly song downloads at www.m51records.com