To keep kids engaged and alert, field trips must strike the balance between informative and entertaining — and so, enter the theater. In a quiet, dark auditorium, students are transported to other times and worlds through a medium well known to expand human ability to empathize and imagine.

According to studies touted by the American Alliance for Theatre Education, exposure to drama gives kids another major advantage: improved academic performance. Theater boosts overall reading comprehension, and Shakespeare study specifically improves student understanding in a range of complex texts, including materials in math and science. After crunching numbers from standardized-test questionnaires, the College Board reported that teens exposed to and involved in theater performed nearly 100 points better on the SAT than their non-arts-participating peers. 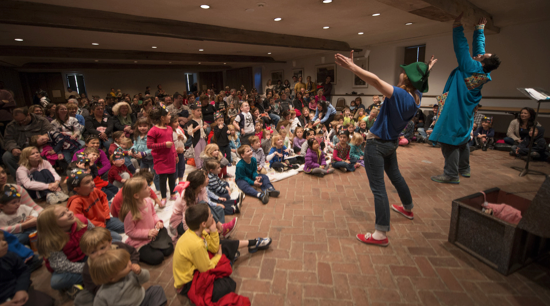 Concludes Karen Chigounis, director of arts education programs at South Jersey’s Perkins Center for the Arts: “An arts experience is such a kinetic way of looking, seeing or moving that every child’s going to benefit.” Here’s a glimpse of how the area’s theaters set the stage for matinee field trips during the 2015-16 season. 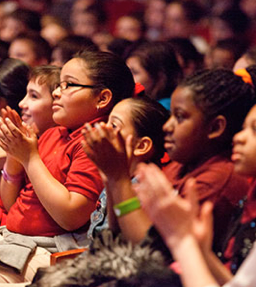 A Kids’ Guide to Theater Etiquette

A class trip to the theater may be many students’ first dramatic outing. Prep them on the basics of theater-going with these tips come from Musical-theater-kids.com.