Books as birthday presents may seem old fashioned, as the world has moved on from Hardy Boys and Nancy Drew adventures. But publishers are working hard to prevent books from becoming passé, especially when they seem to have so much in common with toys but with a healthy educational bent.

The Klutz Guide to the Galaxy (Klutz, $19.99, ages 8 & up) is another of the publisher’s project books, full of activities, facts and clever insights. This one includes the makings of a real telescope (which looks complicated to put together, but the book gives instructions), and an astrolabe and solar map. With these tools and projects, an intrepid astronomer can begin a career in the backyard. 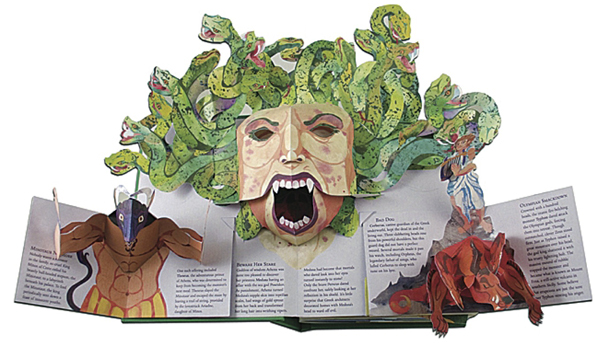 Matthew Reinhart and Robert Sabuda’s Dragons and Monsters in the Encyclopedia Mythologica series (Candlewick, $29.99, ages 5 & up) is a seven-layer-cake version of three-dimensional books. Monsters jump off the pages almost a foot high, and a complicated red paper-tube dragon more than a foot long spreads in both directions off the page. Little corner pop-ups add information and historic perspective to the subject, which looks at humankind’s imagined monsters through history. 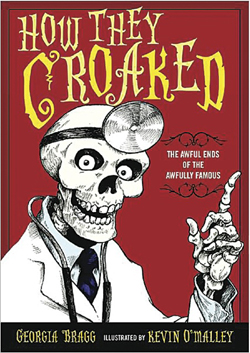 Georgia Bragg’s How They Croaked: The Awful Ends of the Awfully Famous (Bloomsbury, $17.99, young adult) explores the gory details of the deaths and remains of 19 famous historical figures. Did you know that doctors poked and prodded President James Garfield’s bullet wound so much that he died of sepsis from an assassin’s gunshot that was not itself life threatening? Kevin O’Malley contributes ghoulish drawings to a book that takes a peculiar look at historical figures while noting their accomplishments. In the process, it shows the state of medicine through history.

So as a birthday present, a book can still be a gift that opens a (pick one: cosmically exciting, magical and mythical, ghoulishly fascinating) new world.