Two occupational therapists discuss the pros and caveats of using assistive technology with children on the autism spectrum.

As a seasoned school-based occupational therapist, I am always searching for new ways to motivate and engage students. Recently, one intervention tool that has been a gateway into skill acquisition has been my trusty iPad. Travel with me as I reflect on how my students are using technology to reach their optimal occupational performance in the educational and community arenas. 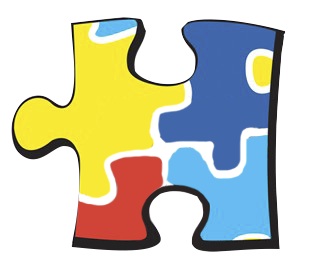 For an inquisitive young boy with autism who had no interest in or motivation for paper/pencil or tabletop tasks, I was looking for ways to engage him in functional performance. He was school-age and his class was focusing on letter recognition and letter formation as foundation skills for reading and writing. I presented the Whiteboard iPad app. Before I knew it he was imitating basic prewriting shapes like it was magic. I was able to quickly email his drawings to his teacher and parents to share his success. The iPad drew him in and opened the door to the world of letters, words and written communication.

Another beautiful young child with autism had not had a lot of success with fine motor activities. She is extremely bright and knowledgeable but was resistant to participating in the multisensory handwriting program presented in the classroom. Using the LetterSchool iPad appp was an immediate motivator that quickly paired with her classroom handwriting program. Her attention, focus and functional outcomes significantly improved. LetterSchool reinforces correct letter formation in a gradual and inviting manner. She was so captivated by this app and the musical accompaniment, the songs were frequently utilized as a tool to gain attention and adaptive behavioral responses across environments. Her parents, always eager to support her development in any way possible, were thrilled to transfer this novel activity to the home milieu.

A creative and inquiring 10-year-old struggled with written communication. His delays in the area of visual motor integration, visual perception and focused attention made written expression, either in the form of handwriting or typing extremely challenging. His educational team was noting increased behavioral issues surrounding written assignments. He was opposed to exploring alternatives such as speech-to-text software. One day he observed an older student successfully using such software to convey his thoughts and was hesitantly willing to give it a try. After weeks of training he is now using the Dragon Naturally Speaking app in language arts to express his creative thoughts with a more positive attitude. The app translates the spoken word instantly into text and quickly emails the finished product to his teachers, who have commented on the increased length of his assignments and are amazed at his overall increased productivity. Technology helped to decrease frustration and increase his self-expression, independence and productivity.

It is common for children on the autism spectrum or who have ADHD or learning disabilities to have difficulties navigating the social arena. Current evidence-based practice supports the need for rehearsal, repetition and role-modeling to facilitate social skill development. With that in mind, we discussed social skill components (personal space, voice volume, gaining attention, showing interest) as a class and took pictures and videos on the iPad as we role-played. The students were highly motivated to see their pictures and enjoyed making a book depicting right and wrong ways to respond in social situations.

Lastly, I worked with a high schooler who was demonstrating good progress toward his pre-employability skills, but he was extremely anxious of taking the next step to off-campus vocational work. After the reluctant teen reviewed videos of other students working at numerous off-campus sites, he gained confidence that he did indeed have the skills to springboard to a more challenging vocational setting.

Honestly, I could go on and on. I see technology as one aspect to be woven into the tapestry of tools used to enhance a student’s ability to fully access their learning environment.  Students are naturally drawn toward technology, so when possible we should use it as a tool that enhances their ability to access their learning environment and as an adjunct to independence.

Play is considered a universal occupation of children and the means to how they learn. What, where, how and who kids play with has changed significantly over the past 10 years. The average daily time children spend on “screen time” has risen dramatically, while the average time kids are engaged in physical play has dropped off just as significantly. 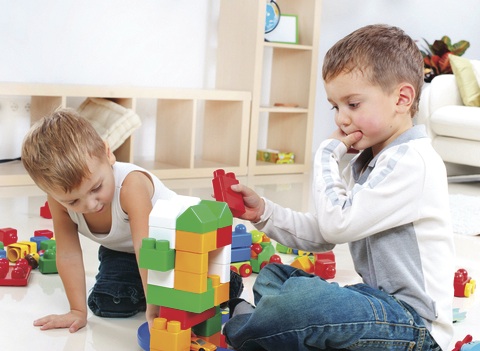 We can all agree that technology has forever changed our world and wonder, “What did we do without this?” However, for young children — especially those on the autism spectrum — the development of early cognitive, motor, sensory, visual and social skills is dependent on interaction with objects, our environment and each other. Furthermore, hands-on physical interaction is vitally important to the overall development of self-regulation and social interaction, areas in which kids with autism struggle.

Many of these skills cannot be learned through screen time, although once developed they can be supported. We know that many of the people who developed the awesome technologies available to us daily most likely spent many hours playing, building, taking apart, making choices and mistakes, negotiating and problem-solving with other people.

Striking a balance between our interaction with the 2D world of screen time and the 3D world in which we live is the challenge we face for our children. We must work to find that delicate balance between active learning and the use of  technologies that enhance and support skills so important for the next generation, including self-regulation, initiation, prioritizing, problem solving, task completion and social competency skills.

Anne M. Duncan, MEd, OTR/L, an occupational therapist at the Vanguard School, has worked as a school-based OT  for more than 30 years. Nancy Allard, MA, OTR/L,  the director of the Luma Center, has worked with children and families for more than 30 years.  The Vanguard School and the Luma Center are programs of Valley Forge Educational Services in Malvern, PA, which prepares children and young adults with special needs to realize their potential. VFES provides school-year and summer programs  as well as transition skills programming and clinical consultation services.