AWB is only theater program of its kind in the area 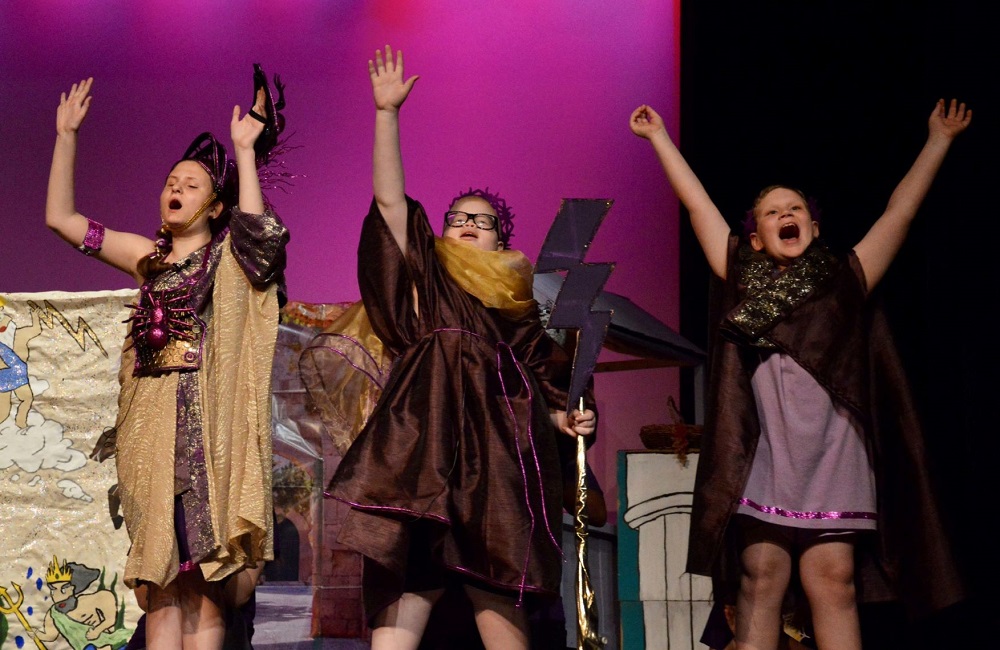 When the pandemic started to spread last year, Acting Without Boundaries, the only theater program in the greater Philadelphia area for kids, teens and young adults with physical disabilities, had to move their rehearsals and productions to Zoom. Its only choice was to focus on what it could do, rather than what was beyond its control.

And so AWB, Jr., the cast primarily for kids from 4-year-olds to teenagers, was able to create music videos, incorporate photographs and, perhaps most importantly, still connect and act with their friends in their virtual performance of a Philly-themed “Stone Soup” musical.

Focusing on possibilities rather than limitations isn’t a new approach for AWB — even if the circumstances were. While the actors in AWB and AWB, Jr. have a wide range of physical disabilities including blindness, cerebral palsy and muscular dystrophy, among others, the directors and volunteers choose to emphasize the participants’ abilities in rehearsals and productions.

“We focus on what they can do,” Christine Rouse, the founder and executive producer, says. 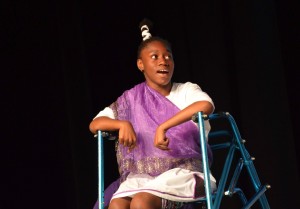 Those involved say this approach is empowering for the young actors. “AWB gives the actors a chance to really look beyond their physical disabilities and just be themselves,” Terry Zaccagni, the mother of an actor who has been involved in AWB, Jr. since 2018, says. “These actors want the same chance as any other actors, and AWB gives them that chance.”

Rouse started AWB, located in Bryn Mawr, in 2004 to give kids opportunities that she didn’t have herself while growing up with cerebral palsy. She saw theater as a way for young people to not only learn technical acting skills, but to also develop confidence. “Acting is so good for their self-esteem and self-confidence,” she says.

Zaccagni says the program has allowed her daughter Gianna, who is blind, to pursue her interests in a welcoming setting.

“She has always had an interest in singing and acting and now she gets to do that, but doesn’t have to feel intimidated due to her blindness,” Zaccagni says. “We have always told her she can be whatever she wants to be and this program has really empowered her to do so.”

The actors work for a year to prepare for AWB and AWB, Jr.’s annual productions, helping to write the scripts, memorize their lines and learn dancing and singing parts. The final result is remarkable. “The way they command their performances and really own the stage always feels like this incredibly triumphant performance,” Jen Huth, AWB general manager, says. 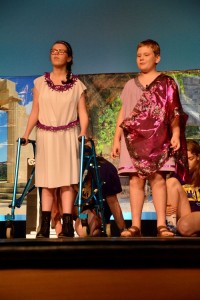 While steadfastly supportive, AWB is also rigorous. “Because we do a fully produced show, there are performance expectations on each of the actors. They’re being challenged in a way that maybe they typically wouldn’t be in another program,” Huth says. “We are a very nurturing environment but that little bit of pressure to perform pushes them in a healthy way.”

Michael Golinkoff, whose daughter Annie has been involved with AWB, Jr. for approximately 10 years, particularly appreciates the demanding element of the program. “It’s very important for people like Annie to know that they’re being expected to act professionally and be serious and responsible,” he says. “They can be stretched, they can be challenged and they can take on hobbies and activities and be successful.”

Golinkoff says that initially he didn’t know whether Annie would be able to participate in a theater program because she is unable to walk or talk. However, Maria Ceferatti, the artistic director for AWB, Jr. and music director of AWB, encouraged her to become involved. Golinkoff says that the directors and volunteers work hard to make AWB an “environment of inclusiveness,” one which has become a consistent and exciting part of Annie’s life for the past 10 years. “They do it with an amazing amount of patience and optimism,” he says.

For many young people with physical disabilities, AWB is the only place where they can connect over a common interest with others who have similar experiences. “When they come into our workshop space, it’s like, ‘Oh wow, there’s other people like me,’” Ceferatti says. 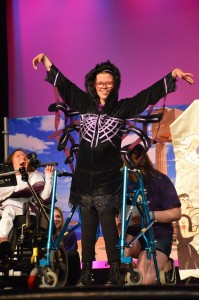 Ceferatti’s son Simon, who started in AWB, Jr., then moved to the senior cast and is now a mentor for younger actors, was the only person in his high school who was blind. When he came to AWB, he met multiple other blind people with whom he could connect over technology, podcasts and, of course, their shared love of acting. “It’s a place where they’re not going to be the one and the only; they’re going to be one of many who are in love with theater and that’s special,” she says.

The actors are not the only ones who benefit from the connections made at AWB: their parents are also able to meet, share opportunities and discuss their experiences. “The network of support extends to the parents and families as well,” Huth says.

While the directors hope that this fall’s performances will be able to be in-person, they’re prepared to be flexible. Either way, the actors will continue to focus on what they can do, not what they can’t. “They’re willing to put themselves out there and do something that I think most able-bodied adults would find completely nerve-wracking,” Ceferatti says. “They’re OK with being like, ‘Here I am, I have some differences, but my love of music and my love of performing is the same as everyone else’s.’”

This story first appeared in our July 2021 issue.