When my son turned one and half, my husband and I decided to try for baby #2. The timing felt right. We wanted our kids close in age, and at 35, I was suddenly very aware of my new “advanced maternal age” status, which – despite my graying hair, the wrinkles starting to gather around my eyes – is still hard to believe applies to me.

We had no trouble getting pregnant with our first child. It almost happened too soon – we hadn’t fully processed the idea of becoming parents yet. Our luck left me to cavalierly assume that fertility was something we’d never struggle with. I often wondered how women could endure painful, expensive fertility treatments. Wasn’t that fighting your fate, challenging the forces of nature?

And then, as if by karmic retribution, I was the one who couldn’t get pregnant. As the months passed, every period felt like an exclamation point of failure. To make matters worse, my husband was laid off — while we were searching for a new home. In retrospect, we should’ve taken a break, but I was determined, defiantly, not to allow this one-two punch to also derail our plans of expanding our family. My husband, heaven help him, obliged.

Then, as if by karmic retribution, I was the one who couldn’t get pregnant.

I decided to take control. I bought an expensive ovulation monitor. I sought empathy online. And I started timing our baby-making with the organization (and passion) of a drill sergeant. If my husband had to be away during my peak ovulation, I found myself biting back nasty, immature comments. Lucky him, what a turn-on. Deflated and angry, I made an appointment with my OBGYN.

She explained that secondary infertility is fairly common (more than one million couples experience it — who knew?) and prescribed a low dose of the fertility drug, Clomid, since I was over 35 and we had been trying for more than six months. I felt a renewed sense of energy, and lo and behold, after the first round, my period was… late! I excitedly waited a few days before daring to buy a pregnancy test. But when I finally took it, I got an unexpected and devastating answer: not pregnant.

I learned online that a cruelly ironic symptom of Clomid is a delayed period. (Thanks for the heads-up, doc!) And have I mentioned the emotional highs and lows it also causes? I had reached my breaking point, but later, in an unusual bout of calm, I started to accept that maybe we were meant to be a family of three. The sibling I so desperately wanted to give my son might not happen, and that was Okay. At least I had one beautiful, healthy child.

Not ready to give up entirely, I stayed on Clomid. The next month I purposefully waited until I was five days late and, as nonchalantly as possible, took a test at 5am. I couldn’t believe the results: PREGNANT! While my husband slept, I stared dumbly at the stick with a plus sign on it. It took days, and two more tests, for the news to sink in.

I couldn't believe the results: PREGNANT!

Our new baby, a girl, is due on March 1. In retrospect, I have to believe we were meant to go on this journey. During our year of ups and downs, my husband and I coped the best we could and somehow came out on top, still very much a team. He launched a growing new business, and we bought a home. My son is now 3, potty-trained and more independent, which will make caring for an infant easier.

But mostly, our struggle to conceive gave me a deep respect for those who’ve coped with infertility, secondary or not. My almost yearlong struggle pales in comparison with what many women have endured — 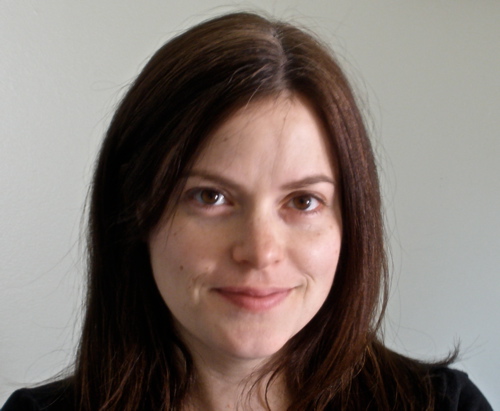 including some close friends of mine — from multiple rounds of fertility medications to IVFs and other invasive procedures. My hat’s off to them.

Deborah Goldstein is a Bucks County, PA mom and freelance writer. She is an occasional contributor to Simon & Schuster's AUTHORity blog.