When is a Bump on the Head Serious?

Most kids get a bump on the head at some point, but how can you tell when it’s serious enough to go to the hospital or doctor?

No matter how closely parents watch their kids, it’s nearly impossible to  avoid the occasional bump on the head. Whether it’s a fall from a bike, a toddler tumble on the deck or a mishap on the playground, most kids will bang their head at some point. But as a parent, how do you know when that head injury needs nothing more than a Band-Aid, an ice pack or a kiss, and when it might require a visit to your child’s pediatrician or, more seriously, a trip to the ER?

“When we’re talking about small children, the American Academy of Pediatrics recommends that anything more than just a small bump really warrants a call to a primary care physician,” advises Edward Fog MD, emergency medicine specialist and associate medical director for AtlantiCare Physician Group in Clementon, NJ. “However, generally speaking, a small bump on the forehead with no loss of consciousness and no other symptom is considered to be a pretty minor event and nothing to warrant serious concern.”

Here are some things that might indicate it is more serious than a boo-boo.

How far was the fall?

How far did your child fall and how hard was his head struck? “Falls greater than five feet in kids under two years old, or greater than three feet in kids over two years old, are more of a concern, as are severe car accidents or a child struck by a car while walking or on a bike, or hit with a high-impact object like a bat or baseball,” says Anne Cadau, MD, staff physician at Patient First, with locations in South Jersey and Pennsylvania. 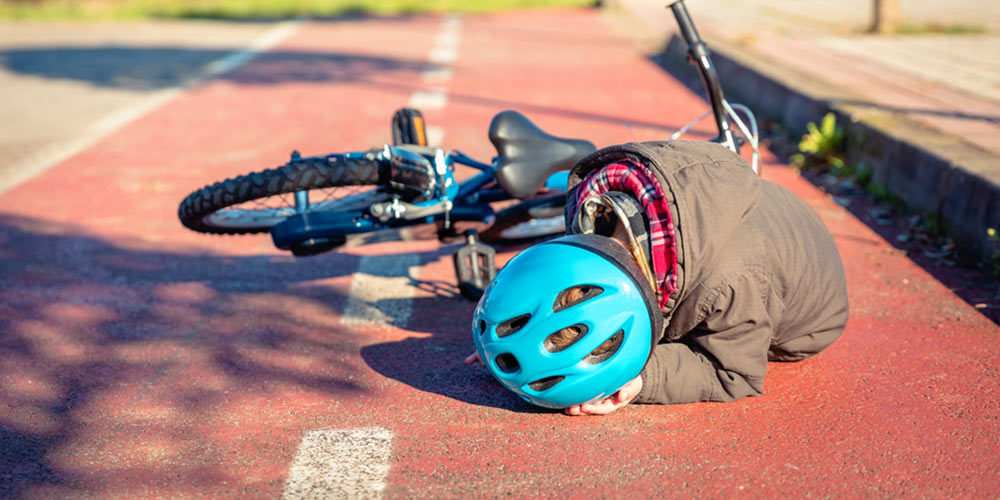 Where is the bump?

Because the forehead is a more protected part of the skull, bumps and bruises on there aren’t usually cause for alarm, Fog explains, but bumps on the side or back of the head can be more of a concern.

“It’s common to get swelling on the front of the head or forehead with a bump, and it’s usually no cause for alarm. However, in kids under two years old, swelling in any other part of the head should prompt an evaluation,” Cadau says.

How badly is it bleeding?

“Any bleeding that does not stop with pressure applied to the area for about 10 minutes should be evaluated for possible sutures or staples,” she adds.

It’s common to get a headache, nausea or dizziness immediately after a head injury, says Cadau, so one of the best ways to determine the severity of the injury is to closely monitor your child’s behavior afterward. “It’s best to have the child lay down or do a quiet activity so you can watch him,” she says.

For children too young to verbalize what’s wrong, parents should look for irritability, extended periods of crying, or unusual sleepiness. “You’re really looking for any behavior that isn’t normal for him,” Fog adds.

If your little one acts normally and wants to go back to play, she probably doesn’t need anything more than a kiss on the forehead from mom or dad. “Typically a child who only cries for a minute or two and then goes right back to play and doesn’t vomit or exhibit any other symptoms, and who only has a small bump, is a child who is just fine,” Fog says. 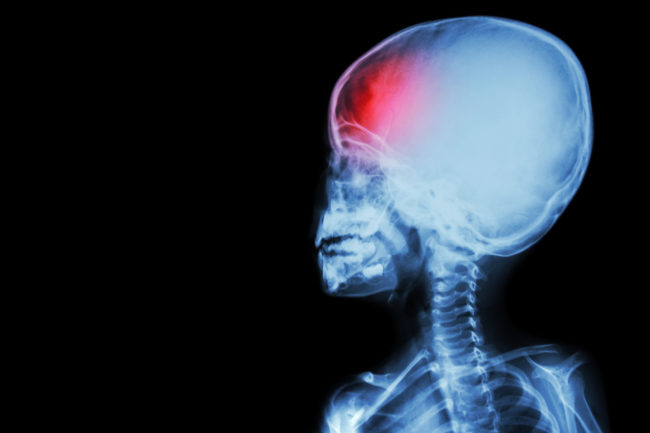 Watch for these symptoms

Some symptoms could signal a more serious head injury and require medical attention.

“More severe symptoms should be evaluated in an emergency department rather than urgent care or doctor’s office,” Cadau adds. “You know your child best … so if you’re concerned with how she’s acting, have her evaluated.”

Cadau says to look for:

• Fluid from the ears or nose

• A bruise behind the ear