Are cloth diapers the right choice?

Cloth diapers are a fast-growing industry. Ten years ago “nobody used cloth diapers,” says Jen Kinka, owner of the Nesting House, a cloth diaper retailer with locations in Philadelphia and New Jersey. Michelle Kasten, MD, a primary care pediatrician with Nemours duPont Pediatrics has also noticed this trend among her patients. “It’s a growing movement,” she says.

Despite the growing market, it’s estimated that only 5 percent of families use cloth diapers. Cloth diapers seem to have an obvious advantage for the environment and for the family bu

dget too. So why are only a small group of parents so loyal to them?  And why are the rest of us so slow to adopt them?

“I love, love cloth diapers,” says Barbara Arnone, mom to three daughters ages 9, 5 and 2. The Glenmoore, PA mom started using cloth because her oldest daughter’s skin seemed to break out when she wore disposables. Her daughter was almost a year old when she switched to cloth. Her skin problems cleared up and Arnone has been loyal to cloth ever since.

Lower overall cost. “You can save thousands of dollars,” says Kinka of using cloth during the first few years of a baby’s life.  Rather than buy a new diaper for each change, parents reuse the same 24-36 diapers. Cloth diapers have value after your child becoms potty trained; reuse them for future children, sell them or use 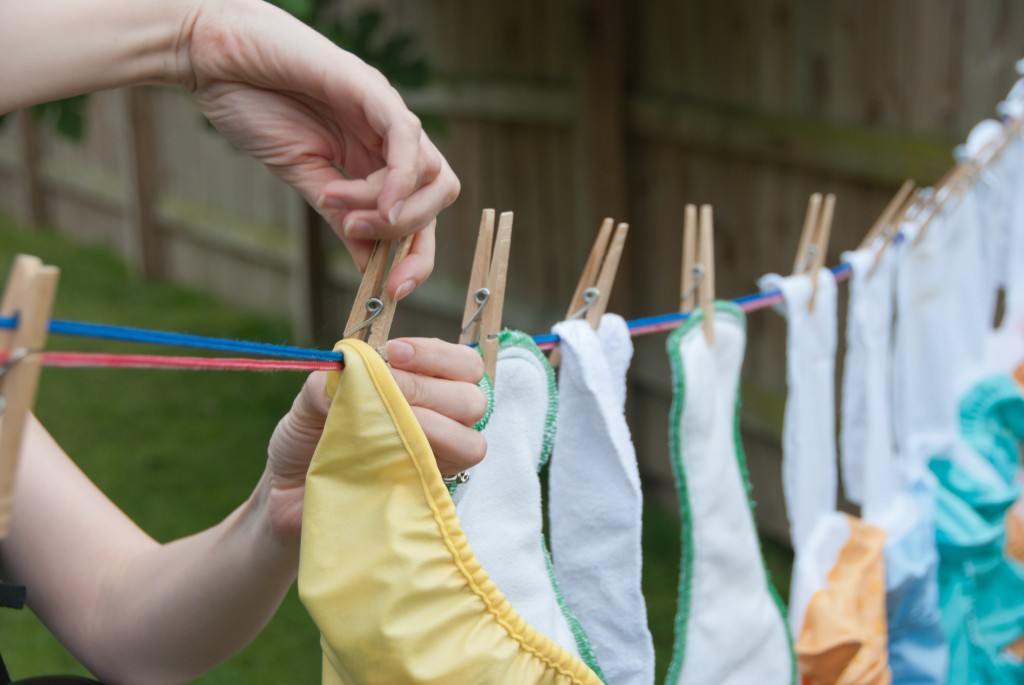 them for rags. To save money, wash them at home; diaper services can be  pricey.

No additives. Disposable diapers are made with petroleum-based products, bleach and other additives to make them absorbent. Some cloth diaper parents take comfort knowing their children are not exposed.

f her patients. “Somewhere between 27 and 32 months children are developmentally ready to potty train, and it really doesn’t matter what they’re wearing.”

Steep learning curve. “A lot of families are intimidated by cloth diapers,” says Martin. In addition to choosing between five styles (all-in-ones, pocket diapers, prefolds, etc), parents must figure out how to fold the diaper, how to get it on the baby, and how to prevent messy leaks.“Once you commit to do it, it’s not that big a deal,” says Brenda Olson, a Chester County mom of two elementary school-aged children. 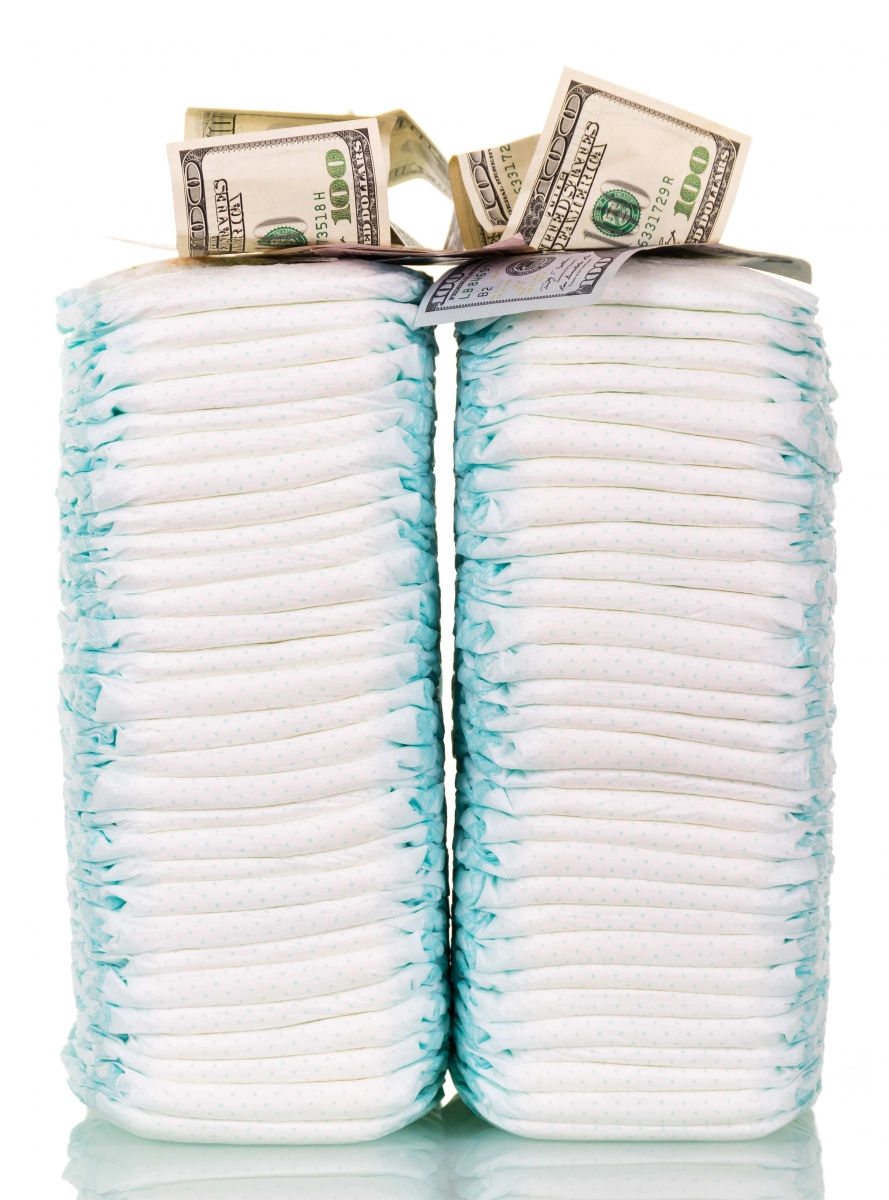 High upfront cost. “The cost is prohibitive for some,” says Martin.  An intial supply of at least 24-36 diapers, costing as much as $15 apiece, can rack up a pricey investment. To reduce the initial cost:

• Register for diapers as baby gifts

• Build up stash gradually and use disposables temporarily

“It’s not really what’s against the skin, it’s how often you change them,” says Kasten.  Parents using either type of
diaper should be vigilant about keeping their babies’ bottoms dry.

The mess. “There’s still a negative connotation,” says Olson. “But it’s just as gross using disposable diapers.” To keep diapers clean, parents must do lots of laundry each week, at least every three days.

Figure out what’s right for you

The cloth-disposable decision can be overwhelming. “But it’s not all or nothing,” says Martin. Many cloth diaper families include disposables in their routine for overnights, vacations, day trips or for babysitters.

While there are lots of different choices within each category of diaper, “the great news is, you’re not going to make a wrong choice,” says Hoover. “No one choice is clearly better.”

“Ultimately, it’s whatever’s easier and most convenient for you and your family,” says Kasten.

Suzanne Koup-Larsen is a contributing writer to MetroKids