From choosing a date or a prom dress to attending big-budget "safe" after-parties, the prom has become so much more than just a dance.

Prom: Is there a more iconic event in a student’s high school career? The big night signals the close of the academic year and marks the climax of the teen social calendar. It looms so large that in many Delaware Valley schools, the flurry of activity surrounding prom — everything from elaborate date asks to prize-filled “safe” after-parties — can overshadow the dance itself. MetroKids took a whirl around the area to explore evolving prom trends.

The ask: A sheepish “Will you go to the prom with me” is no longer a sufficient way to secure a dance partner. Only a grand gesture will do. “It’s almost a can-you-top-this kind of thing,” notes Sue Nolen, the mother of a senior at Penncrest High School in Media, PA. “Some of the parents are saying, ‘I didn’t even do that much when I asked my wife to marry me.’ ” Here’s a sampling of creative prom invites.
• Serenading a crush in the hallway, carrying flowers or balloons
• Decorating a date’s car
• Asking from the stage of the school talent show 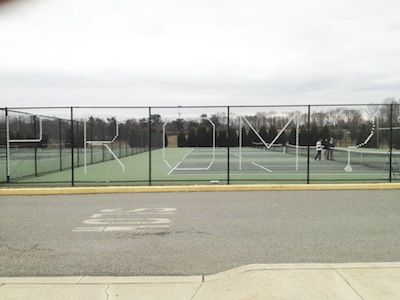 The dress: At William Penn High School in New Castle, DE, pastel is the prom-dress palette, according to senior class officers Marilyn Quiroz and Hailey Murphy. This bucks the national trend of bold colors and metallics; bling, it seems, is as big as ever. Shapewise, gowns with a mermaid silhouette or just one shoulder strap are in.

The Prom on Film
Click through to see clips from these iconic movie prom scenes:
10 Things I Hate About You
American Pie
Carrie
Footloose (compare the original and the remake)
Harry Potter and the Goblet of Fire
Pretty in Pink
Prom
Grease
Never Been Kissed
She's All That

The ride: Limos remain the most popular mode of prom transport, but in Coatesville, PA seniors prefer parade floats. For more than 40 years, Coatesville Area Senior High students have tried to outdo one another in making a prom entrance, arriving in everything from school buses to fire trucks and even a hearse. “Recently, there has been more of a trend toward floats with themes,” says senior class co-advisor Michelle Wolf. Flatbeds and golf carts are gussied up with streamers and balloons and tricked out to resemble speed boats and hot-air balloons.

Once the last dance has been danced, organized “safe” post-prom events allow young revelers to continue the fun in an environment free from drugs or alcohol. These elaborate after-parties can have five-figure budgets (ranging up to $30,000) that well exceed those of the prom itself, a cost footed by local businesses and, in some cases, prom-goers’ parents. It’s the high price paid to keep kids – and everyone sharing the road on prom night – free from harm: According to the Wilmington-based SmartDrive Foundation, May is the second worst month for teen driving accidents and fatalities. “The statistics are frightening,” says Nolen, also the fundraising chair for Penncrest’s AM Prom committee. “We have not contributed to them in the 20 years we’ve been doing this event.”

“This event,” the AM Prom, is held from 12midnight to 5am at the high school after the official prom. “Typically almost every student who goes to the prom also goes to the AM Prom,” says senior class advisor Heather Reed. Keeping with area trends, the decorations, food and entertainment are donated by the community. So are the prizes, used as an incentive to come — and  with iPhones, flat-screen TVs and dorm refrigerators in the offing, that incentive is huge.

Post-Prom Prizes!
Here's a sampling of the gotta-win prizes offered to prom-goers – paid for by community organizations and businesses – to entice students to stay off the road and attend "safe" after-parties:

This year, the post-prom party at Downingtown East High School in Exton, PA will be held at the Lionville YMCA, next door to the school. “We wanted to keep the kids local, so they don’t have to drive after midnight,” says Carolyn Ganzelli, post-prom committee co-chair. To go with the theme “Don’t Miss Your Flight, It’s Senior Prom Night,” students will walk through a cockpit set and “travel” to different countries as they eat, swim and dance.

When the prom’s over, students at Clearview Regional High School in Mullica Hill, NJ will change into something a little less formal and board buses for “Project Prom” at Dave & Buster’s in Northeast Philadelphia. Clearview’s Project Prom committee rents out the place entirely, so the teens have exclusive access to the restaurant and arcade. “These kids are treated like kings and queens,” says student assistance counselor Lauren Feinberg. They’ll enjoy a buffet on arrival, game cards, prizes and a second breakfast buffet before heading home at 6am. “We give them a really fun time without drugs and alcohol,” says Feinberg. “That’s a very important message.”