If you are looking to simplify your child’s birthday party and save money, consider sharing the party with another child.

Typically, joint birthday parties are held with classmates or other children who have the same friends and birthdays fairly close together on the calendar. This type of party works particularly well for small children who often invite the whole preschool or kindergarten class to their birthday parties.

“It tends to be one great festive occasion where families can share the expenses and perhaps add a little more to the party that they couldn’t otherwise afford,” says Teresa Neromiliotist, founder and co-owner of Enchanted Dreams, a dress-up party center in Haddonfield, NJ.

“This growing trend is the reverse of the ‘Let’s outdo the Joneses’ mentality of a few years ago,” says Jodi Smith, president of Mannersmith Etiquette Consulting. “Parents are returning to sensible and reasonable parties instead of excessive parties.”

“I wrote a note to the parents of children in my daughter’s day care class who had a birthday around the same time as hers, asking if anyone wanted to have a joint 4th birthday party,” says Narberth, PA mom Joanne Marder. “I immediately received a response from another set of parents who were looking to throw a similar party for their son. We were able to plan a large party for their class at a cool party place and save money.  Most importantly, the kids really enjoyed celebrating their birthdays together and have developed a friendship.”

Smith says parents should make sure the birthday kids get along. They do not need to be best friends, but should enjoy each other’s company and have similar interests. Likewise, parents need to feel they can work with at least one of the other child’s parents.

When you share a birthday party with another family, you give up some control over the party. “Accept that the party does not have to be perfect. Your kids will be happy with good enough,” reminds Smith.

“We were able to plan a large party for their class at a cool party place and save money….the kids really enjoyed celebrating their birthdays together and have developed a friendship.”

If your children are near in age and their days of birth are within a few weeks, you can consider having a sibling joint birthday party. Make sure that both kids agree with this idea. Explain the benefits, which can include being able to invite more friends or a fun location because of the reduced costs.

“A sibling party can work well with twins or if the children’s ages are a year apart,” says Meena Shah, marketing director for Xbos Family Fun Center in Smyrna, DE. “If they are three years apart, their friends might not have much in common.”

When you discuss the party with the other child’s parents, agree on a budget. Include items such as invitations, decorations, refreshments, facilities and favors. Respect differences in approach.

Some parents have a separate cake for each child, which allows each child to select the cake that he wants and to blow out his own candles. If you have two cakes, discuss the level of expense, as one family might prefer a custom-designed cake while another wants a homemade or economy cake. 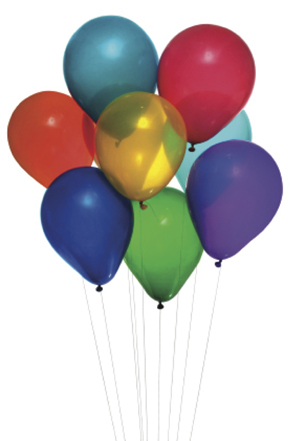 Smith recommends that shared parties be held at a neutral location, such as a party facility or park, rather than at one of the children’s homes. This helps both families have an equal say and share of the setup and cleanup work. Make sure that both kids agree and are excited about the theme for the party.

Another important topic is the invitation list. Families should agree on the mutual friends to invite, such as the entire class or group of neighborhood kids. Oftentimes for shared parties, each child will invite an extra child or two, such as a cousin or friend. Smith recommends dividing the costs for the joint invitation list and that each parent contributes on a per-child basis for any extra invitations.

Also discuss the best way to handle presents. At a two-child party, it is fine for the guests to give presents to both kids or just one child. Guests who would only have attended just one of the children’s parties should not feel they need to bring a gift for the child that they do not know.

If the party is for three or more children, you might want to have guests give presents at another time, as the volume of presents can become overwhelming.

Because of the time involved and the fact that the children will receive different gifts, Smith recommends not opening presents at joint birthday parties. Just provide a place to leave presents for each birthday child.

During the party, be sure to introduce guests who do not know each other and encourage them to mingle. If you have two cakes, sing “Happy Birthday” twice.

After the party, both families should help with clean-up tasks. Although expenses should not be settled during the party, try to settle up as quickly as possible afterward.

Jennifer Gregory is a freelance writer.