The National Museum of American Jewish History's exhibit about the US Supreme Court Justice is kid-friendly and hosting a family day Nov. 10th.

People remembered Ruth as “popular and quiet.” Today, US Supreme Court Justice Ruth Bader Ginsburg may not be as quiet, but she’s never been more popular.

The first Jewish woman to serve on the court, her fiery dissents inspired the moniker Notorious RBG, a play on rap star Notorious B.I.G, and later a book — Notorious RBG: The Life and Times of Ruth Bader Ginsburg. Now, a similarly titled exhibit makes its East Coast debut at the National Museum of American Jewish History in Philadelphia.

The exhibit, here until Jan. 12, mirrors the book’s story of her journey but adds photographs, documents, artifacts and interactive features as well as fan art, RBG-inspired memes and the various pop-culture paraphernalia she has inspired.

While the life of a Supreme Court Justice might seem like a pretty grown-up topic, there is plenty to interest, and inspire, the younger members of the family. 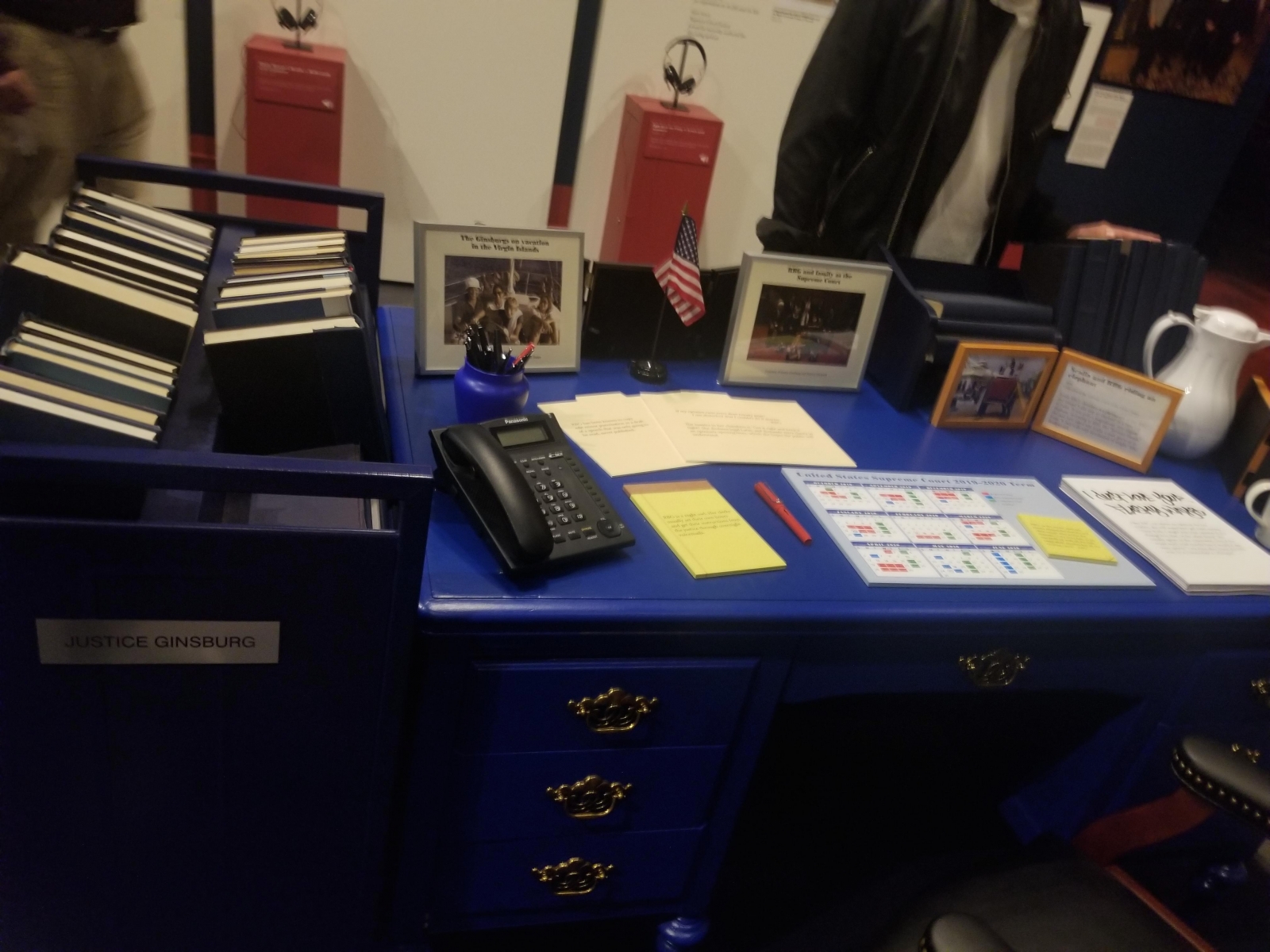 Family guides to the exhibit include creative activities, such as word searches for law terms, mock-case arguments, and drawing exercises.

“We know that some material in the exhibition is dense, so what we try to do with the family guide is to make the content understandable,” says Josh Perelman, chief curator and director of exhibitions and interpretation of the museum.

Kids can see a re-creation of Ginsburg’s childhood apartment in Brooklyn and her office where she worked on important cases. With headphones and home videos on every wall, children can be close with Ginsburg, since most of the audio recordings are narrated by the Supreme Court justice herself.

“What I love about the exhibit is how participatory it is,” says Irin Carmon, co-author of the best-selling book, Notorious RBG: The Life and Times of Ruth Bader Ginsburg. “On the first day, we saw adults and children putting on the robes, sitting behind the Supreme Court bench.” 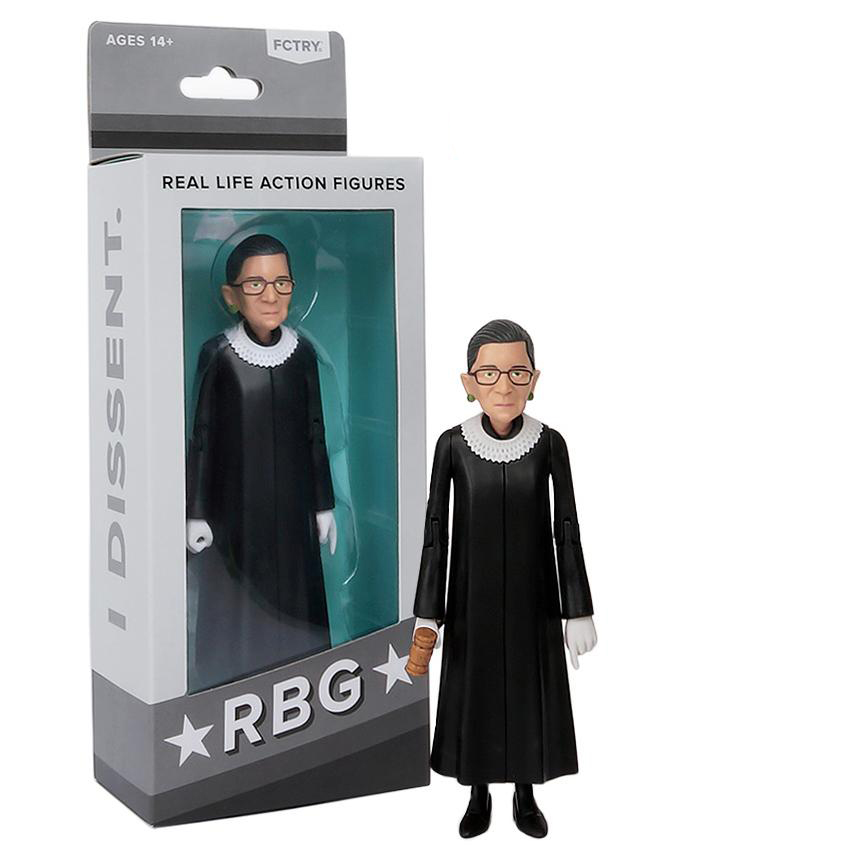 Sunday, Nov. 10th will be RBG Family Day with storytime, art-making, special talks and a storyteller from Historic Philadelphia who will tell stories of girl power through America’s history. There will be an activity book for younger kids and two selfie spots. And if the kids dress as RBG, they will get 10 percent off at the museum store. RBG merchandise includes a young-reader version of the Notorious RBG, other children’s books for all ages, and an RBG doll, finger puppet and action figure.

“The goal has always been to bring the judge’s story to everyone,” says Shana Knizhnik, co-author of the book and creator of Notorious R.B.G. tumblr page. “For people to connect with her story and to be inspired themselves on having a more equal and just society and really to just be able to access the work of what the Supreme Court is doing and putting their own stamp on our democracy and to help move things — to get that arc towards justice.”

Hayley Banks is a MetroKids intern and student at Drexel University.