What do a bag of assorted plastic skeletons, a tray of cookies and a roll of duct tape have in common? Absolutely nothing! But when they are thrown into a hurry-up-and-wait project on a school night, they all came together nicely to add extracurricular stress.

Compelled to enter a baking contest at her school, my daughter recently found a seasonal cookie recipe, complete with a long list of ingredients, and sent me on my way to the grocery store to support her baking enthusiasm. After locating the pricey hodgepodge spices and adding a little Halloween flair with brightly colored skeleton decorations, I caused a queue to form at the checkout (skeleton price check!). The discounted bag of bones at least offset the steep, seasonally gouged spices (or maybe I just haven’t checked the real market value of Saigon cinnamon in a while). I remember thinking that nutmeg and allspice may just qualify for bonus points at the pump. But that was neither here nor there. I had a serious baker waiting at home, and it was getting late in the day.

Back at home, my daughter mixed, whipped, poured and baked. Her little brother was on sampler-standby until bedtime forced him to drop out of the finger-licking race. Much to my daughter’s chagrin, the seemingly bottomless batter baked like molasses, and she finally threw in the apron an hour later. I assured her that I’d supervise the great cookie cool-down and transfer them safely into the Tupperware. While it was true that she baked the entire batch without help, as per her assignment, the instructions were silent as to the aftermath of the sugary deliverables. So I cleaned the kitchen, poured a glass of wine, let the cookies sit and triumphantly signed the school’s contest permission slip, only to read that the entire event wasn’t even scheduled until the following week. So . . . I shelved the entire project in the freezer.

A week later, we defrosted the cookies and rounded up renegade skeletons to start up the project once more. After all the cookies were defrosted and frosted, the lid was secured with duct tape for good measure and the skeletons were attached for added flair, my daughter set off to dazzle the judges.

In the end, her recipe didn’t win, but I got to marvel at her dedication, diligence and hard work in the process. And that alone was worth the exercise.

Marion Kase is a Berks County, PA mom of two. This post is adapted from her blog, Helicopter-Caterpillar. 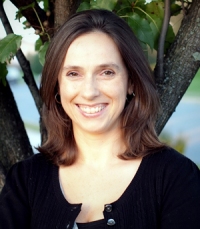