This book gives the budding engineer or inventor a look at many ways we can manipulate the physical world, with details on how things work such as erasers on paper and microwaves on pizza. With profiles of inventors and items we use every day — like copiers and sticky notes — the book illustrates the author’s theme “It takes a lot of tech to make you a know-it-all.” Leafing through the book’s pages opens worlds of invention and showcases devices that explain the nitty gritty of our world and how it functions, trying to inspire the right person to do it better. 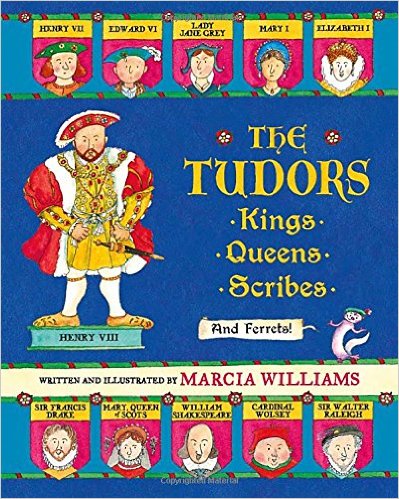 Marcia Williams’ charmingly goofy figures trace the rise and abrupt end of the family’s dynasty, curtailed by the childlessness of Elizabeth I. From the War of the Roses and the Battle of Bosworth Field, the history portrayed in full-page illustrations and enhanced with marginalia from a ferret named Smudge will be somewhat familiar to readers acquainted with Shakespeare’s plays. The inclusion of Christopher Columbus widens the scope of the history, as the English became a world power and cultural center thanks to the strong reigns of Henry VIII and his daughter Elizabeth I.

The scenes Williams depicts through amusing illustrations not only convey life at the time, but the commentary also reflects a great deal of information about the people and accomplishments of this modern era, cloaked in the garb of Shakespearean England.

It would be hard to know where to delve into the diverse animal kingdom without a book like this oversized, stuffed and eye-opening atlas. The book goes continent by continent to show the animals native to each country and region. Letherland’s illustrations are sketch-like rather than Audubon gorgeous, but they convey the animals in their indigenous surroundings. That peacocks come from India and beavers from the United States sounds familiar. However, that lynx hail from Russia, white pelicans from Romania and honeybees from Great Britain may come as news to the reader. The book also describes and shows animals’ relationships, activities and interactions. It conveys the vast differences among animals and why natural selection has made them the way they are.

Timeline: A Visual History of Our World 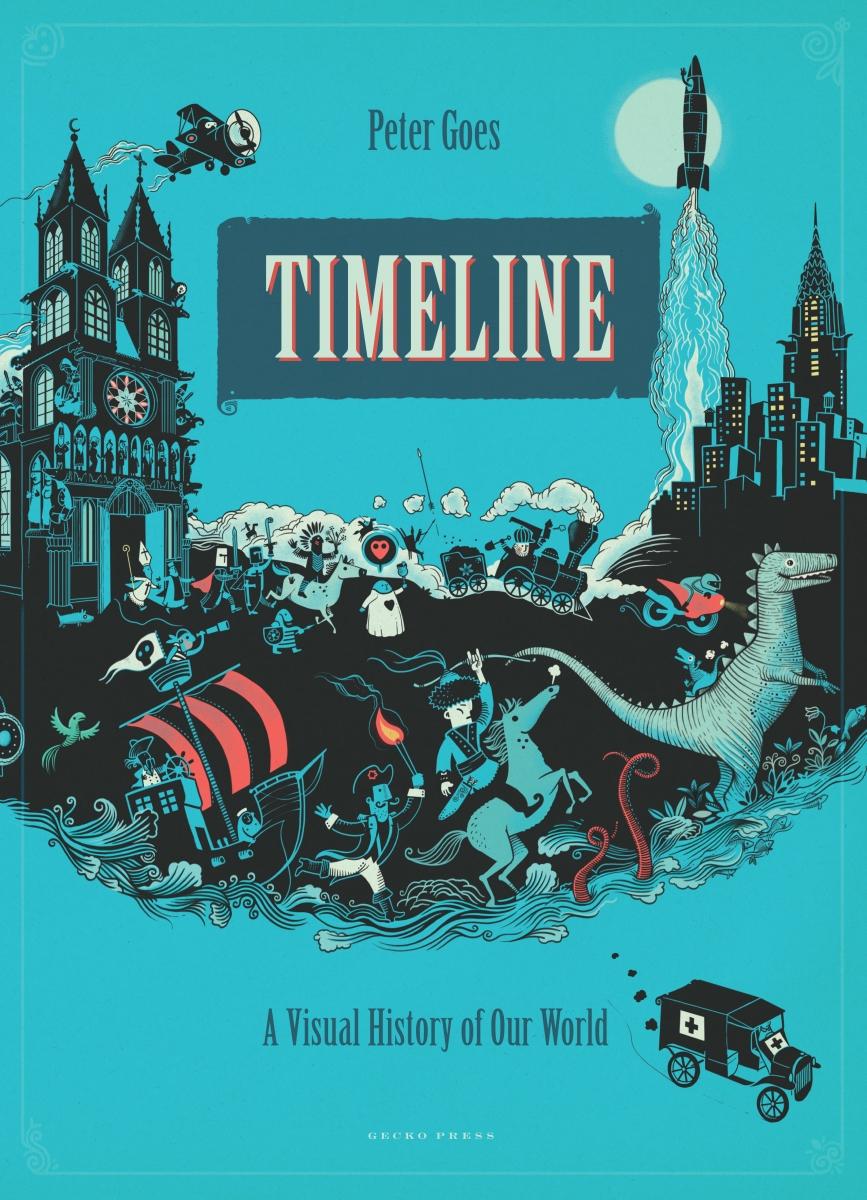 Flemish artist Peter Goes takes on the large task of tracing the history of the world in three dozen double-page pen-and-ink illustrations, starting with the Big Bang and ending with the 2015 terrorist attack on the Charlie Hebdo staff. In between come periods of history (e.g., the Dark Ages) and events (e.g., World War I), with increasing detail as time moves forward.

An India-ink river runs across each page, which gives a sense of movement. The artist has drawn simple but evocative human figures, like bearded men with spears chasing woolly rhinoceroses and Richard Nixon giving a two-hands-up victory sign, with Homer, Shakespeare, Trotsky and Marilyn Monroe on pages in between.

This book will appeal to readers of all ages because of the sweep and detail of world history it captures from the talented pen of one man and his imagination.

How to Build a Museum: Smithsonian’s National Museum of African American History and Culture

How to Build a Museum concentrates on the building process from site selection and design through construction and provides some idea of what’s in the exhibits. With a callout to the readers to “Help us by donating your objects,” it is obvious that the museum remains a work in progress, although the themes and significant artifacts are already in place.

Considering that the Great Emancipator, Abraham Lincoln himself, had originally considered shipping freed slaves to the African state of Liberia, the story this museum tells is not an easy one. But it does include the first African American president and, therefore, a history of relentless effort and amazing achievement.