On Christmas Eve in 2008, energetic 4 year-old Brooke Mulford started limping and complaining of pain in her leg. Soon after, she was diagnosed with Stage IV, high-risk neuroblastoma, a very aggressive cancer.

Fortunately, after extensive treatment at Children’s Hospital Of Philadelphia (CHOP), including a six-month immunotherapy clinical trial, Brooke is now considered to have “No Evidence of Disease,” says her mom, Amy, a Haddon Township, NJ native.

Incidence of Cancer in Kids

About 13,000 new cases of cancer are diagnosed in the U.S. each year among people under the age of 20, says John Maris, MD, Chief of the Division of Oncology at CHOP.  He says that while the cure rate has climbed to about two out of every three cases, dramaticimprovements have been limited to certain types of cancer, such as acute lymphoblastic leukemia and kidney cancer, while for other forms, such as glioblastoma (brain cancer), there’s been little progress.

“Successes are in the areas where there’s been intense research focus,” points out Dr. Maris. “One that will be the most impactful in the long term is the tremendous progress made in the last two years in understanding the basic genetics of cancer — why certain children get cancer and others don’t. Also, once cancer develops, what goes wrong in the genes and chromosomes in the cancer cells to make it behave very aggressively, or not as aggressively.”

These advances allow doctors to look at individual patients or specific tumors and make strong predictions about their prognosis and treatments. No longer will all children with leukemia, neuroblastoma, or other specific form of cancer be treated in the same way. Instead, treatment will be based on their genetic make-up. As doctors better understand how genetics play a role in pediatric cancers, they can be more successful in isolating why children get cancer in the first place. 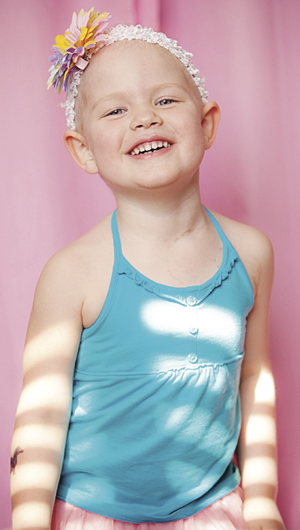 New research also has focused on immunotherapy. “A fundamental problem with cancer is that it should be recognized by the body’s own immune system,” explains Dr. Maris. “Cancer has had an uncanny ability to elude the immune system. There have been tremendous strides and new therapies that have proven to be effective to reset a body’s immune system to get rid of cancer without chemotherapy or radiation therapy, or as an addition to other therapies.”

Another recent research success involves developing drugs specifically for pediatric cancers. In the past, doctors relied on drugs that had been initially approved for use in adult malignancies. “Children with cancer are not just little adults with cancer,” suggests Dr. Maris.

Further research gives hope to families like the Mulfords. “Neuroblastoma has an extremely high relapse rate so I try to stay cautiously optimistic,” admits Amy. “ We need to find and fund a cure! No child should ever have to go through what these kids have to endure.”