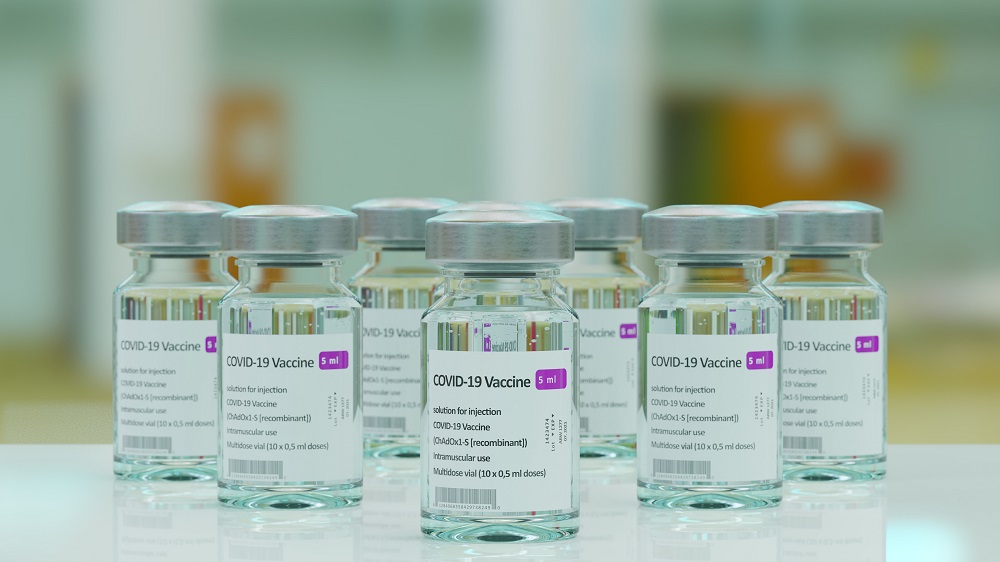 Photo by Braňo on Unsplash

By Rudy Malcom and Eleanor Linafelt

Sharon Flynn, a mother of two younger children ages 5 and 7, echoes the sentiments of parents of children 11 and younger about the COVID-19 vaccine. “It has been so stressful waiting for a vaccine to be released for them,” she says. “I wish kids could have gone first.”

On Sept. 20, Pfizer and BioNTech announced that their COVID-19 vaccine was safe and effective for children ages 5 to 11. And on October 26, an FDA advisory panel endorsed a lower dose of the Pfizer vaccine for children in that age group. However, the FDA and CDC has yet to make a final decision, which will likely occur in the next few days, and children ages 5 to 11 remain unvaccinated right now.

Residing with her family in Philadelphia’s Bridesburg section, Flynn says having unvaccinated children at home affects all members of her family. Flynn, her daughter and three others in her household are all asthmatic. Her mother, who has COPD, lives in her home. Her oldest child gave birth to a baby in February.

“My kids will be getting vaccinated once they are eligible,” she says. “I want them to have a normal childhood with less restriction. It’s for everyone’s protection.”

Kids Are Key to Controlling the Pandemic

Flynn’s young children are among about 28 million kids ages 5 to 11 in the United States who would be eligible, a group far greater in size than the 17 million ages 12 to 15 who became eligible in May. While most kids face a much lower risk of severe illness, inoculating them is an important tool in controlling the pandemic.

Yet inoculations have lagged among older children; only about 43% of children ages 12 to 15 in the United States have been fully vaccinated, compared with 66% of adults, according to federal data. Locally, the stats are as follows:

So far, the Pfizer vaccine is the only one available to Americans younger than 18. In June, Moderna filed for authorization of its vaccine for adolescents ages 12 to 17. In July, Johnson & Johnson announced plans to begin studying its single-dose vaccine for that age group this fall.

Parents are slowly becoming more comfortable with the idea of their children getting vaccinated. In mid-September, around when schools reopened and hospitalizations and deaths soared due to the highly contagious delta variant, the Kaiser Family Foundation conducted a nationally representative survey; 34% of parents interviewed said they would have their children ages 5 to 11 vaccinated as soon as possible, up from 26% in July.

What Do Parents Think About the Vaccines?

Melissa Martin, a Wissanoming mom of two kids ages 5 and 6, likewise admits the frustration in waiting for vaccine approval for children ages 5 to 11. “I understand that it was necessary for all the data to be collected and to be certain that this was the safest option for the children,” she says. “I think (the vaccine) will help to protect my children and the people they come in contact with.”

Martin admits that restricting close contact with family has been difficult, but she’s done what she can to keep all family members safe.

Both the Pfizer and Moderna vaccines have been linked in rare cases, particularly among young men, to myocarditis, a condition that causes an inflammation of the heart muscle. However, concern about this side effect could be reduced by the lower doses that children would receive of the Pfizer vaccine. In Pfizer’s trials, the smaller doses produced similar antibody responses to those seen in a study of 16- to 25-year-old individuals who received full doses.

Some parents worry about the relatively small size of the trials and about a lack of long-term data on the safety of the shots. In general, parents tend to be skeptical of new vaccines. For example, while the varicella vaccine, which protects against chickenpox, was highly effective and showed few side effects, parents were hesitant to adopt it once the FDA approved it in 1995, with only one-third of eligible adolescents fully immunized by 2008.

How Is the Health Community Responding?

“We in pediatrics trust vaccine science,” says Eric Berger, a pediatrician at Center City Pediatrics in Philadelphia. “We know that the delays of approving it for children have been because of higher concerns for safety risks if it was pushed through. It appears to be getting the emergency authorization a lot slower than we had expected or hoped, which means that they (the FDA) are definitely putting it through the tests.”

Berger is the father of a 9-year-old daughter and 13-year-old son. He, his wife and son are all vaccinated.

“Even though we know that school-age kids are not as high of risk as older people or people with co-existing conditions, there’s still a risk and that risk is greater if you contract COVID-19 and you are not vaccinated versus is you are vaccinated,” he says. He stresses that while the vaccines don’t necessarily prevent someone from contracting COVID—as is evidenced by what Berger calls “so-called breakthrough infections which truly aren’t breakthrough”—a risk still exists.

“That risk is greater if you contract COVID and you are not vaccinated versus if you are vaccinated,” he adds.

As for distributing the vaccines, Berger says he is hoping that Center City Pediatrics can be a vaccination site. “We’re really trying to make it a priority at our practice,” he says. “If there’s one thing that people turn to their pediatricians for, it is vaccinating their children. We want to give a strong vote of confidence in the vaccine by actually giving it in our office.”

Given the state of COVID-19 among children since schools reopened for the beginning of a new school, Berger believes that vaccinating children between the ages of 5 and 12 would “significantly lower the anxiety around what’s happening in the schools,” he says. “The sooner we can get everyone vaccinated, the sooner we can open up and live our lives.”

A version of this story originally appeared in the Baltimore Jewish Times and Washington Jewish Week, both published by MetroKids parent company Mid-Atlantic Media.