Never Give Up Until They Buckle Up

Parenting is not an easy gig. There are many times that as a parent, you have to make the unpopular decision. There are certain things that are just big "NOs" in our home. Riding in a car without a seat belt is one of those things.

Did you know that from 2011 to 2015, an estimated 343,000 children age 8-14 were injured while traveling in passenger vehicles, and an additional 1,692 children died? A full 50% of those who died were unrestrained at the time of the crash. Those are sobering statistics and as a parent of a child that fall into that age bracket, I can only imagine asking the question, “What if they had been buckled up?

This spring, the Ad Council and the U.S. Department of Transportation’s National Highway Traffic Safety Administration (NHTSA) are unveiled new PSAs featuring characters from Fox’s upcoming summer road trip adventure, Diary of a Wimpy Kid: The Long Haul.  The PSAs remind parents and caregivers that even if kids argue and plead, parents should stand firm and always insist that their kids buckle up and sit in the back seat (the safest place for kids under the age of 13).

I don't know about your kids, but mine both love the Diary of a Wimpy Kid series. My oldest passed his copies onto his little brother as he grew out of them, and my ten year old is on his second pass through of the series, having added each new one to the set! So we can watch the PSAs together  — and I can remind them buckle-up safely, just like their favorite characters.

When I was growing up, my dad had a tough stance on seat belts. We were all expected to wear ours, every time we got into a vehicle. Even with our friends! Now remember, this was back in the 1980s, and plenty of my friends were not avid seat belt wearers. But because my dad had made such a point of it, I always wore mine (even on dates) and still do! I've taken the same stance with my own kids. It's non-negotiable. When we get in the car, I go through my mirror check, and wait to hear that "click" of the seat belts before putting the car in drive. They also know not to unbuckle until the car is in park. With my teenager learning to drive, I want to stress the importance of safety for both him and his passengers. There is no good reason to not buckle-up.

And don't even get me started on the number of kids I see climb into the front seat at the school car line every day. It makes me CRAZY! The front seat is just more dangerous for kids, and I can't understand why these parents allow it. My kids know that they are in the back, no exceptions, until they are 13. My pediatrician recently recommended five feet tall, so that's what we are going with for Owen.

Per data from the U.S. Department of Transportation's National Highway Traffic Safety Administration (NHTSA), an estimated 69,000 tweens are injured every year in car crashes, and 61% of 14-year-old children killed in 2015 car crashes were unrestrained at the time of the crash. Even though life as a parent is full of compromise, seat belt safety should never be up for negotiation. That's why the new PSAs encourage us to: "Never give up until they buckle up!" 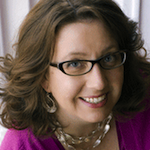 For more information or if you need more tips to convince your tween to buckle up, visit SafeCar.gov/KidsBuckleUp. If you have a great tip, join the conversation on social media using: #KidsBuckleUp

Hillary Chybinski is a crafty mom of 2 boys living the American Dream with her husband in the Philly burbs. This post was adapted from her blog, My Scraps.