It's a busy time for holidays, what with Valentine's Day and President's Day and Mardi Gras and, coming this weekend, Chinese New Year. Happy Year of the Sheep! MomSpeaker Kelly Raudenbush, who visits China often as an adoption advocate, reviews a slew of kids' books about the annual celebration that she likes to share with her own culturally expansive brood.

Click here to find out your family's Chinese zodiac animals and how closely your kids' traits align with the stars.

No Year of the Cat is a familiar folk story about the 12 animals of the Chinese zodiac and why there is no cat among them. It all starts with the emperor needing a way to remember time, when things happened, most notably the year the prince was born. His idea to name the years after animals results in a race with the winning animals making it into the ranks of becoming legacies in the calendar. Cute story and really beautiful illustrations. 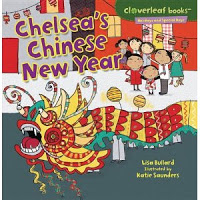 Chelsea’s Chinese New Year explains Chinese New Year for the younger set. I love the size of it — a nice big paperback book with big ole illustrations very similar in style to the Disney Channel’s Charlie and Lola. The main character, little Chelsea, explains how her Chinese American family celebrate Chinese New Year, touching on all the traditions either in the text or illustrations. Each page has a little section that gives additional information about the holiday that you can choose to read or skip over to just keep it a story. This one would be great to use in a classroom to read aloud to a group of preschoolers or Kindergarteners. 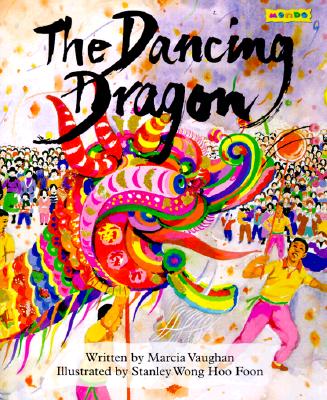 Marcia Vaughan’s The Dancing Dragon has simplistic text about how Chinese New Year is celebrated in Chinatown. But what makes this book worthwhile is that the pages all unfold accordion style to reveal the illustration of a long dragon from the parade. Good one to read to a classroom of kids since you could have a child hold each page as it unfolds. Just wish the book was a little larger in size, a couple more inches would make it much better for classroom use. 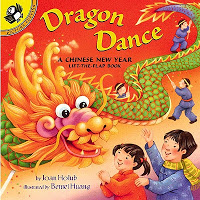 Another preschool friendly one, Joan Holub’s Dragon Dance: A Chinese New Year Lift-the-Flap Book is a popular one. Each page has four lines of simple text in a classic ABCB rhyming pattern (hope that’s right…trying to remember 7th grade English class) with good-sized flaps to open to reveal some part of the New Year celebration, supposedly one in New York City’s Chinatown (though it wouldn’t have to be). Colorful and bold illustrations include little “extras” you can point out — the significance of the flowers, the oranges and the superlong noodles. Only complaint? The last flap ends with “Gung Hat Fat Choy!” in big ole print, which is Cantonese rather than the Mandarin “Xin Nian Kuai Le!” New Year’s greeting — something that really bothered my Mandarin-learning 7 year old.

Despite mediocre illustrations, Bella and the Year of the Dragon is the best book I could find explaining the fable behind all the animals of the Chinese zodiac and their race to the emperor to determine what order they would come in for the years of the Chinese lunar calendar. And, believe me, I read a bunch that were not even worthy of a review. This one, however, does a good job explaining the fable simply but in an interesting way. 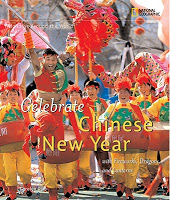 Celebrate Chinese New Year: With Fireworks, Dragons, and Lanterns by Carolyn Otto is a National Geographic book for kids published in 2009 (so it doesn’t look dated). It has supercompelling photographs in it that have a big wow-factor for kids and adults (including ones of Shanghai, a dinner table in Shanxi, Xi’an all lit up, children in Inner Mongolia, a parade in London, dancers in Vancouver and fireworks in Guiyang). Includes great information without putting too many words on a page too — something that could turn the bedtime book reading into a bad scene. And it has a great resource section in the back with facts about how to make a Chinese lantern and fortune cookies (which they do point out are an invention of either the Japanese or Chinese Americans), and where to go for more information including other books and websites. Good for real little ones if you want to just talk about the pictures and interesting enough to keep the attention of older kids (and adults). 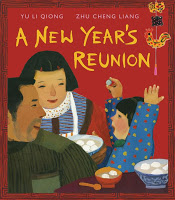 This one was published in October 2011 and has won the Feng ZiKai Chinese Children’s Picture Book Award. A New Year’s Reunion was written by Yu Li-Qiong, who was born in Anqing, China and who currently lives in Nanjing. It tells the fictional story of a family united only once a year when the father, one of China’s 100 million migrant workers, returns home for a few days to see his wife and daughter and celebrate the lunar new year. It’s illustrated beautifully and is a cute story of a family’s traditions, ending poignantly with the father saying goodbye to go back to work. I’m declaring this one a must-have book — not only does it describe well how a Chinese family celebrates the new year, it also shares how so many people in China live as migrant workers. Count on this book opening the door for great conversations with your kids about life in China and, possibly, questions about birth families. Get ready. 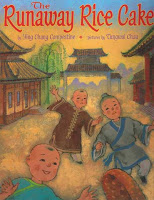 Though I’m not a big fan of the illustrations in Ying Chang Compestine’s The Runaway Rice Cake, I appreciate the message. The Chang family makes one rice cake with the last bit of their rice flour for their whole family of five to eat for Chinese New Year. In gingerbread man fashion, the rice cake comes alive and runs away, showing you elements of the New Year celebration as they chase it. When the rice cake runs into a poor and hungry elderly woman, “the rice cake stopped trying to escape” and surrenders itself to be eaten. The children are sad that their last food is gone, but they return home to an abundance, much more than they could have imagined, to their happiest New Year’s Eve ever. Some kids might find the anthropomorphized rice cake’s surrender to be eaten a bit sad (or disturbing?), but the overall message of giving generously and receiving blessings, sometimes tangible ones right away and sometimes ones we may not recognize so easily, makes this book a worthwhile family read. 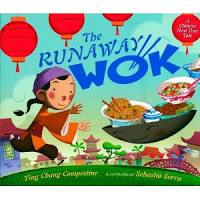 Ying Chang Compestine wrote another runaway book — The Runaway Wok: A Chinese New Year Tale. These illustrations are way more my style – bright, funky, fun, filling the pages with color. The story is a silly fable that is sort of a mix of Jack and the Beanstalk, Ebenezer Scrooge and the Gingerbread Man, Chinese style. My kids thought it was hilarious and were quickly repeating the catchy “skippity-hoppity-ho” line from the crazy wok. And, in addition to showing them pieces of how Chinese New Year is celebrated traditionally, it gave us the chance to talk about bigger things like sharing, justice, revenge and mercy. This one has been read in and out of season. 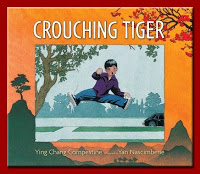 Another Chinese New Year book from Ying Chang Compestine, but one very different from the runaway books. And one I really love. Yes, Crouching Tiger is a Chinese New Year’s themed book with elements I didn’t find in other books (like that in Chinatown New Year parades, there is a “cabbage boy” who holds a head of cabbage on a bamboo pole in front of the dragon in the parade) as well as the more traditional elements (the cleaning, a new haircut, traditional foods, etc.), while also engaging readers with Chinese martial arts (each page shows a different Tai Chi position) and beautiful illustrations. But more than that, it’s a book about a young boy learning that he is “Chinese as well as American,” a very important lesson taught to him by a loving and faithful grandfather. Don’t just get it from the library. This one you’ll want to buy, especially if you are a parent of a Chinese boy. 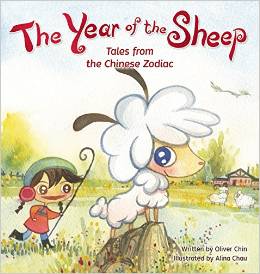 Start your own New Year tradition with this series by Oliver Chin. So far, in his Tales from the Chinese Zodiac, he’s written a storybook for the Dog, Ox, Pig, Rabbit, Rat, Tiger, Dragon, Snake, Horse and now Sheep. All are cute little stories that capture the symbolic spirit of the zodiac animal featured. Though I haven’t read the new book for this year yet, they typically integrate some of the traditional characteristics believed for those born in that particular year with a fun story. 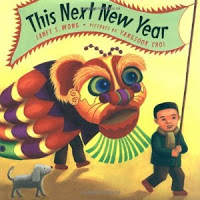 Janet Wong’s year 2000 This Next New Year is unique in that it shows different ethnic groups in America celebrating Chinese New Year. The little boy who is the main character is half Chinese and half Korean. The book also mentions a little boy who is French and German who celebrates the holiday with Thai food to go and a little girl who is Hopi and Mexican who calls the New Year her favorite holiday because she likes getting red envelopes from her neighbor from Singapore. With vibrant colors, the boy explains with a bit of wit and humor and spunk their traditions around the New Year including washing his hair and “drying it extra dry.” A cute book for the younger set – maybe 4- to 7-year-olds – and particularly good for pointing out that lots of different people enjoy recognizing Chinese New Year with their own little traditions. 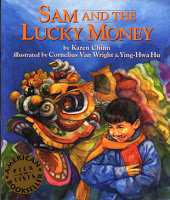 How did I not hear of this book before? Karen Chinn’s book Sam and the Lucky Money is one that engages your children in Chinese New Year traditions while teaching a lesson of contentment and generosity. Sam is excited to get his red envelopes from his grandparents for Chinese New Year filled with $4. But when he goes to Chinatown to buy himself something special, he’s frustrated that everything he wants is more than what he was given. When he sees an elderly homeless man without shoes on his feet, he gives all his money to him. I’m more of a bright, funky illustration type of person, so the soft watercolors didn’t wow me like they might for some. But the message is one that does wow me. And it gives you the opportunity to talk to your child about what it means “to be lucky” and if there even is such a thing. 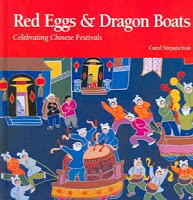 Red Eggs & Dragon Boats: Celebrating Chinese Festivals by Carol Stepanchuk is a great kids’ reference book for Chinese New Year, the grave sweeping holiday (Clear Brightness — which we were in China for), red egg and ginger celebrations, the Dragon Boat Festival and the Moon Festival. Loads of information about those holidays, fables and other traditions are in here and explained in a way that a grade-schooler can understand. The color illustrations are really pretty – made me wish they were fabrics for a cute little dress for my little one.

Another one I really like is Cheng Hou-tien’s The Chinese New Year. We got it from the library since it’s an old book and hard to find. The book explains Chinese New Year traditions with the only illustrations being black-colored paper cuttings on a white background, which is so beautiful actually. May not wow your little ones as much since it isn’t bright and eye-catching, but the art of scissor cutting in China just fascinates me. And aren’t black and white designs supposed to be good for babies to look at? 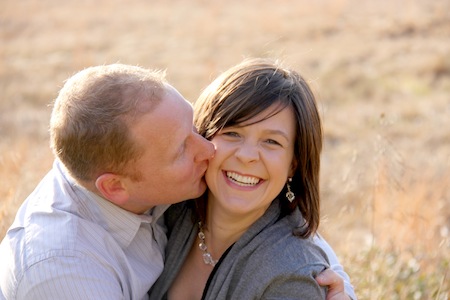