It might be cliché to say, but there’s something about growing up in the shadow of “The City of Brotherly Love” that might instill a deeper sense of caring in our kids.

Meet several young people who demonstrate that giving back to others doesn’t have an age limit. 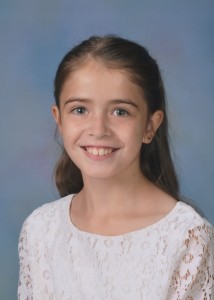 Sophia Wagner of Spring City has a heart for animals—especially endangered animals.

“Animals play an important role on earth,” says Sophia, age 10. “I just love them, and I don’t want them to go extinct.”

The idea of animals disappearing from this earth motivated her to spring into action.

“There wasn’t a lot she could do in terms of volunteering because she’s young. With many organizations, you have to be 12 or 13,” says Kim Wagner, Sophia’s mom. That’s when an idea popped into Sophia’s head.

“She said, ‘OK. We already recycle, and we already have an organic garden. I’ll create my own organization and call it EAA, the Endangered Animals Association,” Kim recalls.

Sophia launched EAA last year when she was 9. She picks a different endangered animal every week and prepares slides with pictures and facts about the animal. Every Monday night, she connects with extended family members on Zoom to spread her environmental and animal conservation messages. She ends each session of the EAA with an animal craft project.

“The first one was on the Siberian tiger, and the most recent one was the axolotl,” Sophia says. If you haven’t heard of the axolotl, you’re not alone. I had to ask too.

“It’s a sea creature related to the salamander,” Sophia explains.

And she does her homework. She gleans her facts from a mixture of sources—animal websites as well as books.

About a dozen family members connect on Zoom—Sophia’s older sister, grandparents, aunts and uncles, and Sophia’s four cousins, all around her age, living in Virginia. The EAA brings them together for animal awareness and family bonding time. Often, she motivates her family members to donate money to wildlife organizations. 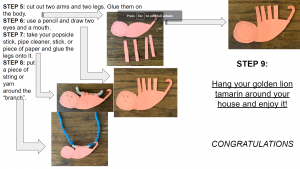 One of the most memorable art projects was a shoebox diorama of the special habitat black rhinos call home. Family members used construction paper to create grass, rivers and black rhinos within their shoeboxes.

When she’s not learning about animals, Sophia enjoys reading, playing soccer and being involved in her school’s art club. She also has “her own little bed” within the family’s extensive garden. She tends to several flowering herbs—bee balm, yarrow and lavender.

As for her future plans, “So far, I’ve thought about being a vet or working at a zoo,” Sophia says.

Her mom couldn’t be prouder.

“I’m floored, to be honest,” says Kim. “She’s the one who first started talking about this idea, developed the whole plan and all the organization of it. I’m not involved in any way, and I never have to remind her. She’s just really passionate about animals, their habitats and the world they live in.”

Champions for the Underdogs 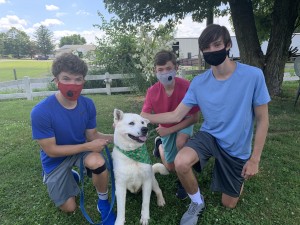 Gavin and Cooper Seele, Will Kleman

With thousands of dogs up for adoption nationwide, it takes something special for the perfect pup to stand out in the eyes of potential adopters. Sometimes puppy love is sparked by a scarf.

“My friend was adopting a dog, and it had a scarf around its neck, which made him stand out,” says Gavin Seele, 18, of Kennett Square. Seele and his friend, Will Kleman, had a thought: “Wouldn’t it be great to help more dogs get adopted by helping them stand out too?”

That’s why the Philadelphia-area teens founded PetSEEN. To date, they’ve provided nearly 1,000 brightly colored bandanas to animal shelters in 38 states across the country. The two launched PetSEEN during the pandemic’s outbreak, in early 2020, during a time when many people were adapting to a stay-at-home lifestyle by adopting pets.

The two childhood friends—friends since they were 4—aren’t the only ones involved in this venture. In addition to their siblings—Gavin’s brother and Will’s sister—the project is literally stitched together by both of their grandmas, who sew the bandanas. That fact makes PetSEEN an intergenerational project and a national one since Will’s grandma lives in Maryland and Gavin’s grandma resides in California.

“We like to use vibrant colors, fabrics with hearts, paw prints and dog bones—anything that makes the dogs seen,” Gavin says. 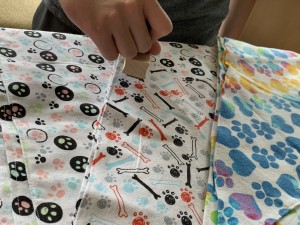 Here’s how the program works: The teens continually reach out to shelters via email, asking if they’d like a supply of scarves. When shelters say yes, the teens prepare and send packages their way—covering all the costs themselves.

“They’ve used their allowance money, plus a portion of their money earned from their jobs. Setting the money aside has been a good habit to get into because they had to be invested (to make it a success),” says Stephanie Seele, Gavin’s mom.

The Seele family doesn’t include a furry family member, but Stephanie says that’s one of the reasons why this project is so special.

“Our boys have always wanted a pet, but we were always concerned about how we’d care for a pet because we’re so busy on weekends. I think this project helped them to help pets, without having a pet themselves,” Stephanie says. 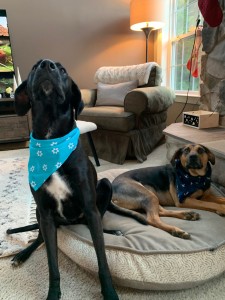 Gavin, a standout senior soccer player for Kennett High School and his club team Delaware Rush, also volunteers at summer soccer camps, sharing his skills with younger players. He was recently awarded the 10th First Lieutenant Travis Manion & Corporal Michael Crescenz Award by the Eastern Pennsylvania Youth Soccer Association for “selfless service” to others. Next year, he’s headed to the University of Pennsylvania to study economics and play soccer.

In the meantime, Gavin’s goal is to put PetSEEN bandanas into shelters in all 50 states and to turn it into a nonprofit. He says it’s always rewarding to receive photos from animal shelters featuring dogs wearing their scarves—which they post to their Instagram account, @petseenproject.

“Growing up, my parents have always told me the importance of giving back to the community. There’s a sense of we’re all in this together, even more so than ever during COVID-19,” Gavin says.

This piece first appeared in the December 2021 issue of MetroKids.