Bariatric surgery can be a lifesaver. But it isn't an easy route out of childhood obesity.

Being obese at any age affects your health and quality of life. It can lead to diabetes, heart disease, sleep apnea, immobility and a shortened life expectancy. Today, nearly one in three American children are overweight or obese, with 17 percent falling into the top 5 percent of the Centers for Disease Control’s body mass index growth charts. With so many kids struggling with their weight, it’s no wonder that more worried parents are looking into the controversial and risky option of bariatric, or weight loss, surgery.

Adjustable Gastric Banding: This least invasive weight loss surgery uses an inflatable band to squeeze the stomach into two connected sections, slowing digestion. Postsurgery, people must eat softened food in half- to 1-cup portions or they risk vomiting. Surgery is reversible by removing the band, which sometimes slips out of place or leaks.

Gastric Bypass Surgery: The most common type of weight loss surgery involves dividing the stomach so that the upper part connects to the intestines and the lower part is sealed off, reducing the amount of calories the digestive tract can absorb. Weight loss and health improvements tend to begin rapidly. Risks include gallstones, hernias and “dumping.”

Sleeve Gastrectomy: The surgery option Nick chose sees 75 percent of the stomach removed, connecting a tube known as a sleeve to the intestines. This procedure is irreversible and comes with risks including blood clots and leakage.

At the age of 17, Nick L. of Lower Moreland, PA weighed 520 pounds. Having been overweight throughout his childhood, Nick and his parents tried everything to help him reach a healthier weight. “We tried nutrition counseling, low-carb and low-fat diets, Weight Watchers, diet centers, joined a gym and encouraged sports.” says Nick’s mother, Kate. “It seemed that most diets worked in the beginning but eventually they stopped working or were too hard to stick to.” It’s a cycle Kate herself knew too well, as she ultimately decided to undergo bariatric surgery. After seeing how successful his mother’s results were, Nick began discussing with his parents the possibility of his having the surgery himself.

Deciding whether or not surgery is the right choice for an adolescent is a process and should not be taken lightly. Doctors evaluate the child and counsel parents on what needs to change before discussing surgery as an option. “More often than not, parents enable their children to become obese,” says David S. Tichansky, MD, FACS, a surgeon at Philadelphia’s Thomas Jefferson University Hospital. “A child’s eating habits are the doing of their parents and ultimately, if the parents’ habits change, so will their child’s.”

Alternatively, surgery becomes the immediate option when kids are severely sick and face a shortened life span due to their weight. Though bariatric surgery can be performed on kids as young as
14, surgeons prefer to wait until a child is full-grown. Dr. Tichansky’s ideal candidate is:

After witnessing Nick’s earnest attempts at losing weight, his primary care doctor recommended that he make an appointment at the Institute for Metabolic and Bariatric Surgery at Abington Memorial Hospital to learn about his surgical options and the post-operative lifestyle changes he would have to undergo (including adapting to a vastly reduced diet). “After the first meeting with the surgeon, things moved very quickly,” says Kate. “There were a lot of doctor’s appointments, meetings with nutritionists, educational classes and medical testing that had to be completed. We usually attended one to two appointments each week for several months.”

Nick, now 19, has lost 230 pounds since undergoing a vertical sleeve gastrectomy (an operation that removes a large portion of the stomach), performed in two smaller surgeries over the course of two years. “I was nervous and upset that this was my last option, but now that I did it, I realize it was the best decision of my life,” asserts Nick. “I get more exercise, I am
less tired and I have a lot more energy.”

The inherent risks of bariatric surgery on children 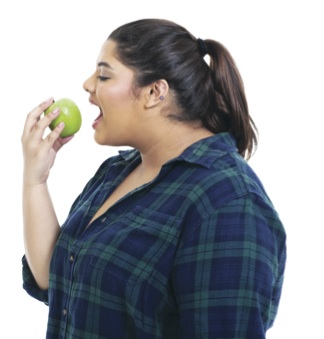 Nick’s success notwithstanding, bariatric surgery, like all major surgeries, is an inherently risky procedure, both in the short and long term. However, “The benefits of surgery for morbidly
obese adolescents may outweigh the conditions they face as adults,” says Dr. Tichansky. And what of those “conditions”?

At the time of the surgery, patients are subject to general surgical complications — reactions to anesthesia, an infection at the incision site, blood clots — as well as situations specific to bariatric procedures, such as leaks in the stomach or intestine that can cause an abdominal infection known as peritonitis.

Post-surgery, people who’ve undergone bariatric surgery have grappled with ongoing digestive issues. Eating too much or too quickly can cause chronic pain, vomiting, diarrhea and/or acid reflux. Another potential unpleasant outcome: “dumping,” a syndrome that causes nausea, cramping and other discomforts as food — especially sugary or fatty food — passes too quickly through the shortened tract from stomach to intestine.

Having a surgically reduced stomach means a patient must drastically reduce the amount of food he consumes at a given time, forcing him to irrevocably alter his lifestyle. As with any weight loss plan, the prospect of regaining the weight is always a possibility should the patient increase his caloric intake again. Some doctors are also concerned that bariatric surgery may affect adolescent brain development, sexual maturation and future fertility.

“Bariatric surgery is not cosmetic surgery,” Dr. Tichansky concludes. “It is not the ‘easy way.’ On the contrary, it is by far the most difficult way to lose weight and is only for the strong and committed.”

Brittany E. Hair is a MetroKids co-op intern and a communications student at Drexel University.