The Okee Dokee Brothers achieve excellence with Take It Outside.

Album: The Okee Dokee Brothers: Take It Outside

On “Bluegrass for Breakfast,” the first cut of their CD Take It Outside, The Okee Dokee Brothers achieve twang-tastic excellence with a complete menu of music, including “jazz for supper …blues for brunch….”

“The Extraterrestrials” (they “never come to play anymore”) is short on history and long on imagination, referencing crop circles and DaVinci. Southern rock-inspired “Hero” wonders “do I got the guts, the glitz, or the glory” to live up to fictional heroes before paying off with a beautiful reflection on heroism “with just the words I choose to say.” www.okeedokee.org 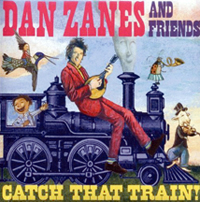 Dan Zanes takes his role as mentor to young musicians as seriously as his commitment to sharing old songs with new audiences. Young players can learn classic folk, blues and rock tunes from Zanes’ songbooks available for download. With tools such as song samples, lyrics and chords for playing, Zanes encourages your own family band.

The first songbook is Grammy winner Catch That Train, including “Ch-ch-ch-boogie,” the Depression-era “I Don’t Want Your Millions” and his laid-back take on Miriam Makeba’s “Pata Pata.” www.danzanes.com/songbook 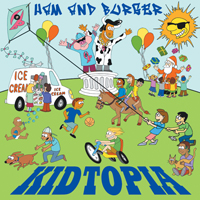 Count Ham & Burger among the generation of musicians whose musical ancestors range from Barry Louis Polisar to Frank Zappa and Michael Jackson. The preview cut “Dance Machine” from their new CD Kidtopia is a gloriously danceable synthesis of those influences, while showcasing the hip-hop duo’s own originality. The kid wants a robot! www.hamandburger.com

Kathy O’Connell is a contributing writer to MetroKids and host of the Peabody-award-winning Kids Corner, weekdays 7-8pm on WXPN 88.5 FM