Is Autism Different for Girls? 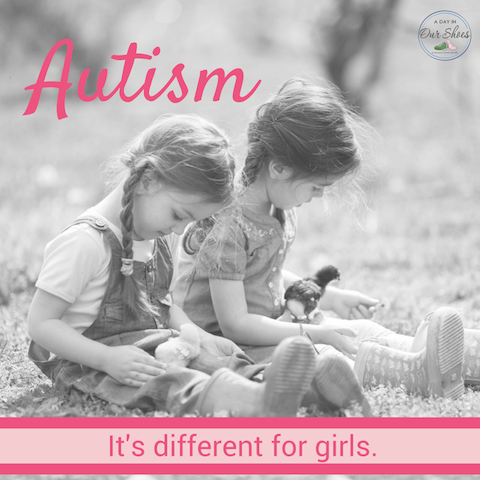 Imagine going your entire childhood … and having no one understand you. You’re called lazy, unmotivated, misbehaved and not friendly. Your grades are fine … so you get no help. Teachers and doctors tell your mom basically that your behavior is due to her inept parenting. You are bullied, you have no or few friends and you’re never invited anywhere by peers.

This is a true story for thousands of autistic girls. They are labeled simply “unlikable” and ignored, rather than autistic and given strategies to navigate society.

“The autistic personality is an extreme variant of male intelligence,” said Hans Aspberger.

He is of course the physician credited with “discovering” Aspberger syndrome. He is quoted several other times as saying that autism is only found in boys. And in fact, the reason that Autism Speaks uses a blue ribbon or blue light as its symbol, is to represent boys.

If we looked at diagnosis rates, we see that autism is diagnosed in boys about 3-4 times as often as girls. That is, for every girl who has an autism diagnosis, there are 3 or 4 boys who are also diagnosed.

But what if that was not the case? What if autism simply presented itself differently in girls, therefore leaving girls either misdiagnosed or under diagnosed? More and more researchers are beginning to feel this way.

As it turns out, some of a girl’s best attributes can be their own worst enemy. There is a school of thought that says that girls are better at adapting to “normal” and acting "normal" when they have autism. This leads not only to being under diagnosed, but can lead thinking to the fallacy that a girl is not lonely and struggling socially, when in fact she might be.

From: Are girls with autism hiding in plain sight?

This phenomena is called “social camouflage” and it robs girls of early services and intervention. They may be drawn to more boyish activities such as sports, thus being labeled merely a tomboy rather than autistic.

From: ‘Social Camouflage’ May Lead To Underdiagnosis Of Autism In Girls

On average, girls are diagnosed with autism two years later than a boy. And still, many go undiagnosed. The gender gap may not be as wide as we think, as most autism research today is still focused largely on males.

From: How Autistic Girls are different

We often raise our daughters with a strong desire to please others. Because of that, an autistic girl is usually less likely to have tantrums and undesirable behavior that her male peer with autism may have.

When doctors and clinicians are presented with both male and female children, exhibiting the same autistic traits, the male is still much more likely to receive a diagnosis than the female.

From: ‘Underdiagnosed’ Girls With Autism Struggle to Fit In

One of the common traits of autism is a hyperfocus on something. And, when that something is trains or video games, it’s easy to recognize as a hyperfocus. But what if that hyperfocus is on eating, dieting and working out? This can lead to a misdiagnosis of anorexia, or miss the comorbid condition of autism. Both people with autism and those with anorexia tend to be rigid, detail-oriented and distressed by change. I’m not suggesting that there is this huge correlation or that every anorexic woman should now be labeled autistic too. It’s just one example of how societal and gender bias would steer us to one diagnosis rather than the other.

From: Autism, It’s Different in Girls

So how do you know?

Moms, I can’t say it enough–listen to your gut. Too often we are talked into our own gut instincts. If you feel that your child’s diagnosis is not correct, or that she has one despite doctors telling you that she’s fine, stick with it. Research, show them how it’s different in girls. Everyday Aspie has a huge list of traits that you may want to peruse. I’ve read all the articles that I’ve linked to in this post, and there is a common thought from these girls that they often have difficulty expressing themselves. So keep at it, keep asking and giving them opportunities to say what their struggles are.

My heart just breaks for some of these girls. Imagine going your entire childhood and not being understood.

If this is something you’re struggling with in your household, hopefully I’ve given you enough resources here to get you started on the right path. Good luck! 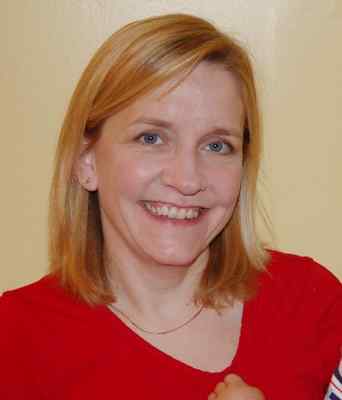