Hot Band To Pop Up at Festival

A terrific new release from The Pop Ups makes this year’s Philadelphia International Children’s Festival even more exciting. We’re hoping Janet Schreiner of local favorites Cats Pajamas recovers from back problems and is able to appear at the festival as well.

The Pop Ups’ (Jason Rabinowitz and Jacob Stein) new Radio Jungle CD is already among 2012’s best. “Connect the Stars” showcases vocals from Shine & the Moonbeams’ Shawana Kemp in a look at the night sky. A Latin beat imparts musical complexity to the simple rhyming lyrics of “The Bat.” Klezmer forms the base for the lesson that “Feelings Change.” This upbeat, danceable collection establishes The Pop Ups among family music’s brightest lights.


The Pop Ups video of "Balloon" from their Outside Voices CD 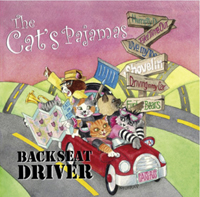 Song: “How Many People in a Family?”
by the Cats Pajamas

From the much-loved local band’s new Back Seat Driver CD, enjoy my favorite track: “How Many People in a Family?” This counting song consistently returns to the Number 2: “two people who love each other.” 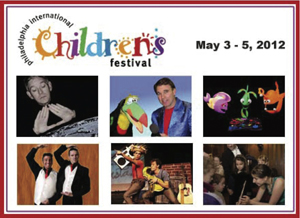