Hey kids, can you hear me now?

“Listen to me. Be quiet. Turn that down. Pay attention. Stop screaming. That’s too loud. Indoor voices.”

How many times a week have we said those words (or similar ones) to our kids?  My 5-year-old gets asked to turn down the volume on his beloved Madden NFL game several times a day and my older son to turn down the volume on the TV just as often.  Frankly, I do it because all that noise drives me bonkers. Yet I recently learned that should continue to do this not only to save my sanity but also to protect them from hearing loss.

According to USA Today, one in five teens has noticeable hearing loss. That number is over 30% more than just ten years ago. Those numbers are staggering and they are continuing to rise.  Hearing loss among children is a real and serious issue.

The Starkey Hearing Foundation is working to promote hearing health awareness and education.  Along with celebrity supporters such as Mily Cyrus, the movement is trying to teach children and teens that music is so much more than a noise streaming through headphones. If they choose to listen carefully rather than loudly, they will be more likely to take in the beat, the lyrics, the instruments, the notes and the rhythm of the music. However, if they continue to listen at such high decibels, they may simply lose the ability to hear the music at all.  Noticeable hearing loss among kids can be prevented in many cases.

Several other celebrities have gotten involved with the Starkey Hearing Foundation movement too, such as Adrian Peterson, Giuliana & Bill Rancic and the New York Yankees. The foundation delivers more than 50,000 hearing aids annually through more than 100 hearing missions a year in countries stretching from the U.S. to Vietnam.

It's simple: lower the volume

Lowering the volume of headphones is such a simple thing to do. It could possibly even save their ears from hearing loss.  Protect your child’s hearing now by continuing to encourage them to lower the volume.  Our children’s hearing is more fragile than we knew so let’s encourage them not to listen loudly, but rather to listen carefully.

I don’t know about you, but I’d be pretty happy if my children were listening to me more carefully! 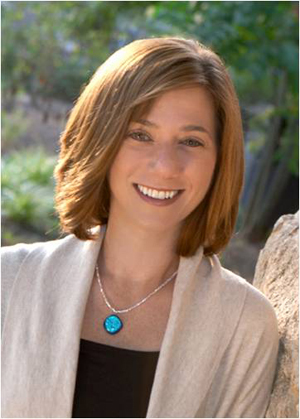 Check out these tips for protecting your child from hearing loss from the National Institutes of Health.

Let’s help our kids learn to listen so that they may continue to hear.

Jessica Cohen is a Richboro, PA mom. She blogs at Found the Marbles, where she highlights social good initiatives, ways to pay it forward and people who overcome hurdles. She is also a strategic media consultant and ghost blogger. In her spare time Jessica runs a shuttle (also known as her SUV).  Connect with her on Twitter @FoundtheMarbles.