Families That Choose a Religious School That's Not Their Faith

You don't have to be Catholic to attend Catholic school. Other religious schools also welcome all faiths.

Don’t write off a faith-based school just because your family is not a member of that religion. Local families say they have found success for their children in schools that are outside their own religious or non-religious views.

Right fit, regardless of faith

Katie P., a mother of three boys in Doylestown, PA, said while she isn’t Christian, she enrolled her sons at The Preschool at Doylestown United Methodist Church.

She says she wouldn’t have considered a faith-based school if it hadn’t been for a recommendation from her oldest son’s physical therapist, who described the school as play-based and not too academic, but able to prepare a child for kindergarten and accommodate students with developmental delays.

“After touring it, I really loved the feel of it and the staff,” Katie says. “After looking at about a dozen other programs, price became an issue, as well as a schedule that fit our needs.

“Preschool is very important to us and I wanted my kids to have that experience, but almost all the non-church programs were very, very expensive.”

Andrea S., of Wilmington, DE, considers herself non-denominational but her son attends kindergarten at St. Edmond’s Academy, a Catholic school in Wilmington.

“I love the small class size and the curriculum,” she says. “I like that my son takes Spanish almost every day. He also gets art, music, library and gym. They have reading interventionists at the school to help kids who are behind in reading.”

Trish C., of Levittown, PA, calls herself a “non-practicing” Catholic. She explains how, in their search for a PreK program, they chose Hope Lutheran School in Levittown, which offers a Christian education for children through 8th grade.

“The school was overall the cleanest, had the nicest teachers and the best curriculum for children our son’s age,” she says. “We are really happy with the academics. He is already learning and reading at a kindergarten level.”

“We adore the staff, the curriculum and the campus setup — swim lessons year round, library, different room for music, access to the full gym, and full playground,” she says. “The Jewish traditions they learn are all based on faith and love, so we don’t mind that we are Catholic.

“We joke that they are starting with the Old Testament.”

Katie P. and Andrea S. say it was vital to find a school that knew how to work with their children’s developmental delays. Katie says they needed a school that would welcome outside support services to help with her son’s issues with social, attention and motor skills.

“Not only was the school receptive and helpful with working with the therapists, the teachers attended our meetings and did their best to follow his individualized plan,” she says.

Andrea was concerned the public schools  in her area were ill-equipped to handle her son’s behavioral issues. “St. Edmonds has worked with me on his behaviors,”  she says, as well as with her son’s therapist, to come up with strategies to help him. 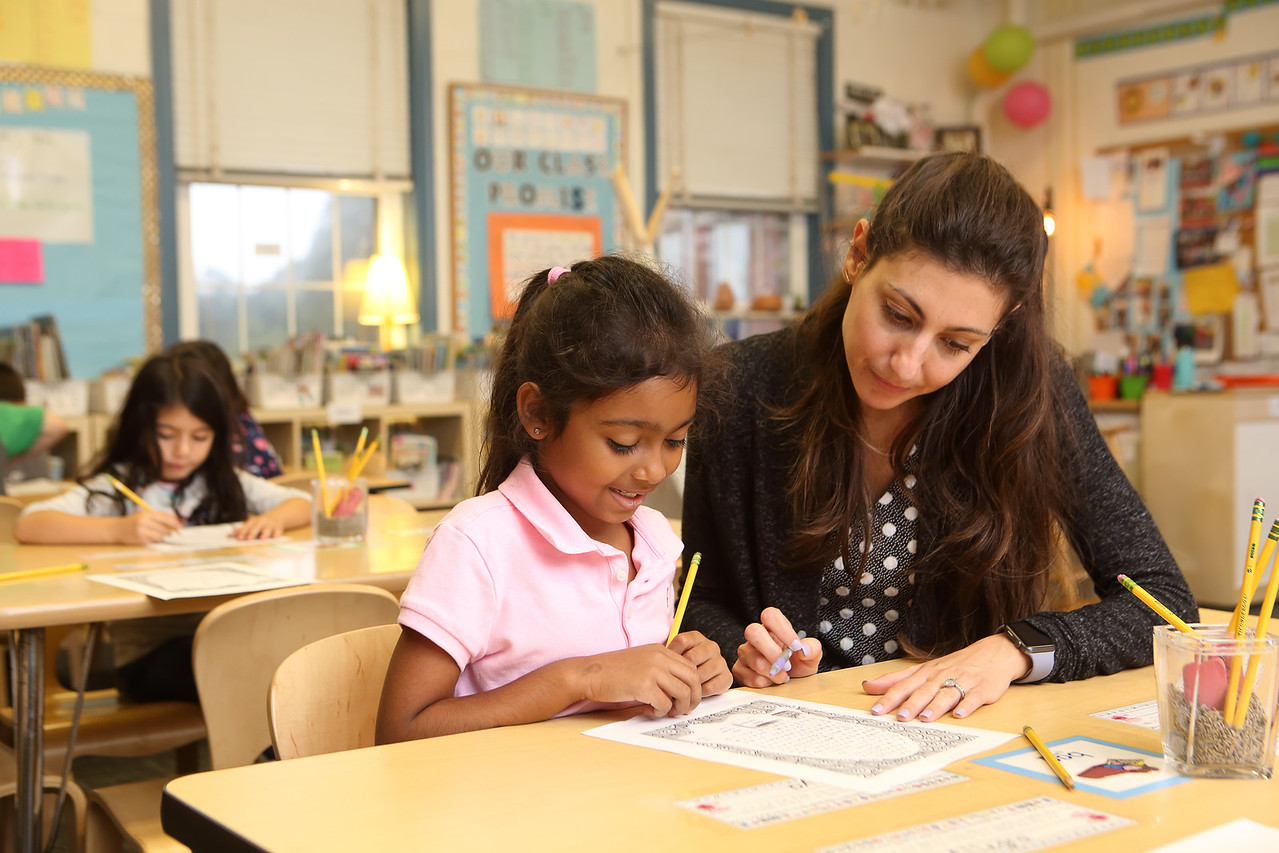 Faith as a family lesson

Faith-based schools come with an integration of a particular religion’s values and traditions. How do parents of different backgrounds handle this exposure? Denise Lewis, principal of Our Lady of Grace School in Penndel, PA, said families are told their children will learn about the Catholic faith.

All students participate in prayer services and while attendance at mass is required, Lewis said she has never received a request to opt out in her 13 years with the school.

A similar approach to mass and sacraments is taken at St. Mary of the Lakes School in Medford, NJ.

“For non-Catholic students, the focus is on deepening personal relationships and developing a greater understanding of different faiths,” says Cathy Bjorklund, director of admissions and advancement. “Our school does not try to convert students of other denominations.”

For Katie, to have her children learn about Christian traditions, through prayer and chapel lessons, opened an opportunity to expand on those discussions at home.  “It took us a while to figure out how to handle it,” she says. “We do want our kids to have exposure and understanding  of different religions, so over the preschool years we took the lessons they learned at school as a starting point to say, ‘This  is what some people believe’ and added to it with what others believe and what Steve (her husband) and I happen to believe.”

Shu Shu Costa, director of admissions and financial aid at Moorestown Friends School in Moorestown, NJ, says that while her school weaves Quaker values into the academic routines, they strive to make every student feel welcome.

Only about 3 percent of the school’s student population is Quaker, according to Costa.

“We also have people who come from families who are agnostic or atheists, who don’t even believe in God, and yet feel comfortable here,” Costa says. “There is a joy in a community that celebrates each of us no matter who we are.