Cirque du Soleil's Volta Opens in Oaks, PA: Would Your Kids Like It?

Should you take your kids to see Volta, the Cirque du Soleil show that opened Thursday night in Oaks, PA?

Yes, but be prepared to spend the rest of the summer trying to keep them from trampolining onto the garage roof, BMXing off the shed, and trying to swing their little sister from a bungee cord tied to her hair.

If you're ready for that, go for it. Volta is fun for ages 8 to 80 with colorful, daring performances that alternately dazzle and inspire you to think, "Hmmm, I could do that." Which, of course, you can't and shouldn't, but that's the power of imagination for you.

Under a big-top tent just west of King of Prussia smack up against Route 422, Volta's space is intimate enough that any seat will feel close to the action. 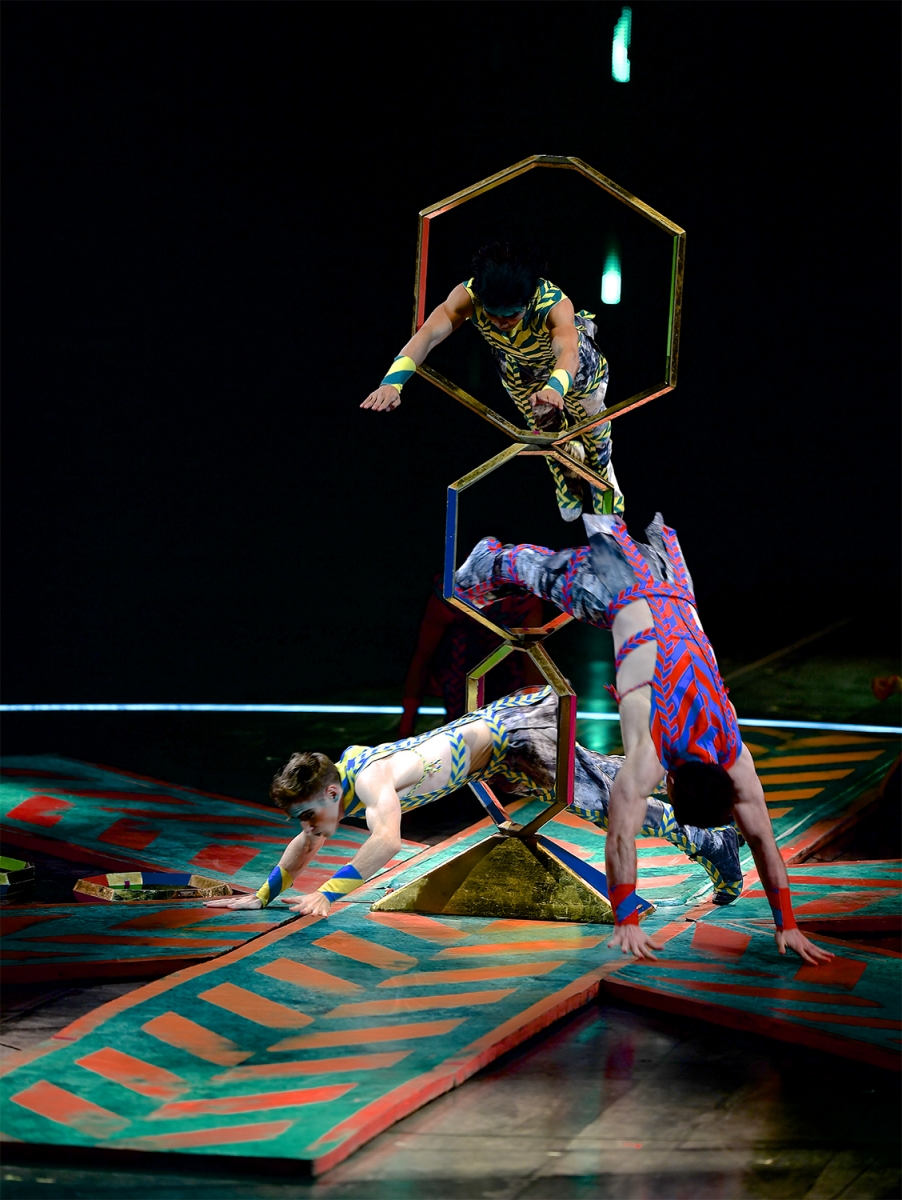 And that action includes acrobats, cyclists and dancers who fly, tumble and propel themselves across the stage and through the sky high above it.

All of this is accompanied by colorful costumes along with music created by Anthony Gonzalez of M83 that is an electronic mix that swings from dreamy to power ballads to dance-club beats, if you go to the kind of clubs where people jump Double Dutch at breathtaking speed or bounce off trampolines to land on top of two-story glowing cubes.

There weren't many children at Thursday night's premiere, but you could tell they were there when they laughed or shouted at the clown during his two performances or saw them swinging from the railings of the family-bathroom trailer during intermission.

They might have been tuckered out by the time the show finished just before 10pm, but will be ready to try and re-enact the performances in their backyards for a few more weeks. 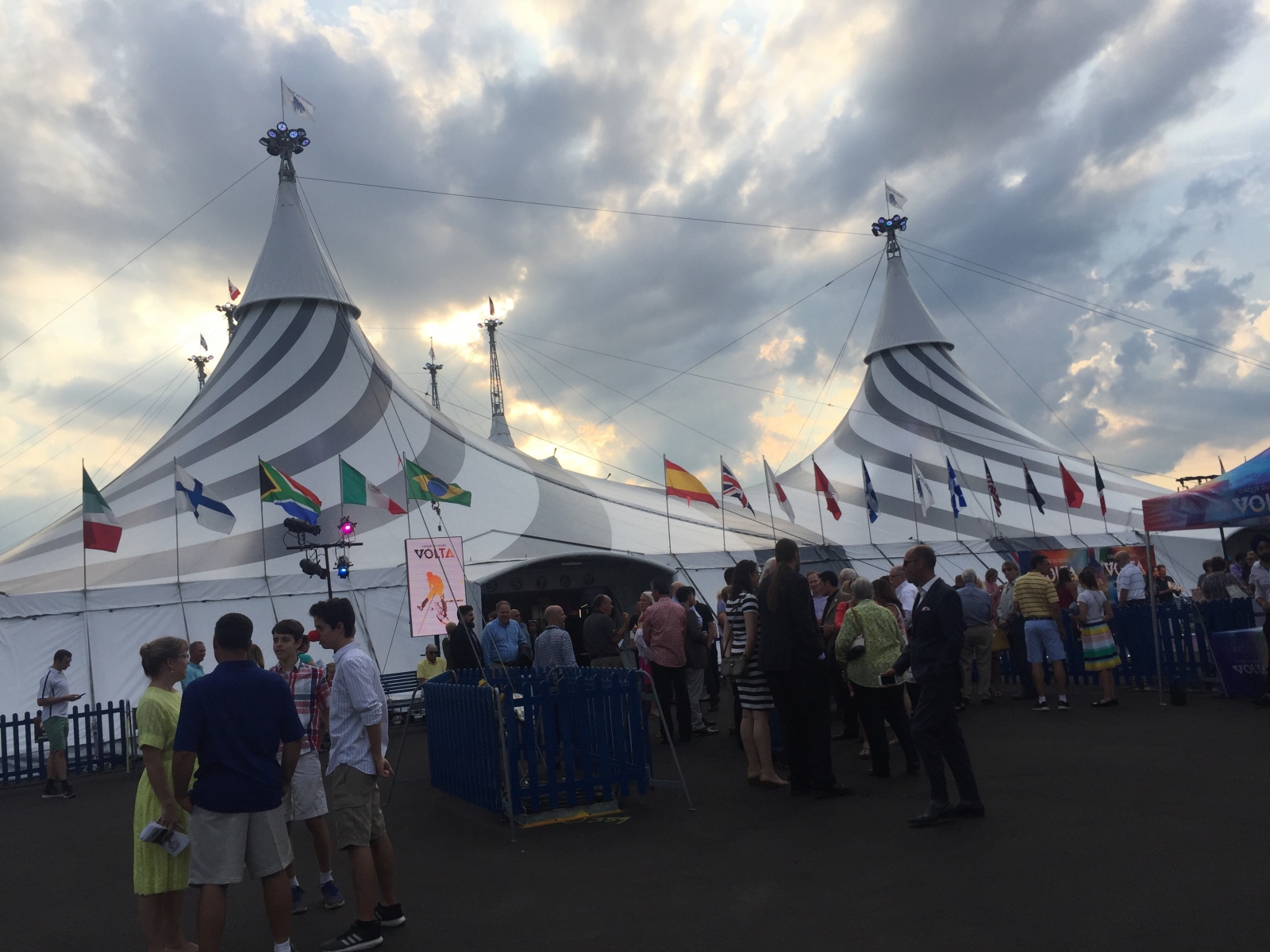 You enter at a smaller tent with circus food (hot dog, popcorn, nachos) and souvenir stands, so be prepared to pay concession-stand prices or stand your ground against the kids' demands.

Parking is close and there are several handicapped-accessible spots.

Bathrooms are fancy portable units, but you will be waiting outside to use them during intermission, so be prepared for the weather.

Volta can be loud and intense with many flashing lights, so it may not be appropriate for children who are sensitive to that.

There are places to eat in the adjoining shopping complex, if you want a meal before the evening show or around the Sunday matinees or Friday 4:30pm shows. Plan for potentially heavy commuter traffic on Route 422 West during the afternoon/evening rush hours.