Teens broaden their horizons in travel and adventure programs.

Ask baby boomers about adventure camps and they’ll probably say Outward Bound. For teen tours they might mention American Trails West. These granddaddies of youth adventure/travel have led thousands of young people in explorations across America for two generations.

Still running strong, they offer trips ranging in style from rustic to resort. They have also spawned an industry of experiential learning programs that cover every corner of the world. For children and parents faced with so many exciting opportunities, the hardest challenge may be deciding which summer program to choose.

“Travel programs have evolved into more than just summer adventure camps,” says Ryan Lofgren, owner of The Wild Traveler, a Philadelphia-based company that offers ecologically-focused trips in British Columbia, California, Costa Rica and Hawaii. “Many now blend adventure, service and cultural immersion components. Students return home as global citizens with a genuine appreciation for other cultures and the impact they have had on other people.”

Mike Liese, founder and director of Sail Caribbean, has run sailing, scuba and service programs in the British Virgin Islands for grades 6 through college since 1979. He says, “Kids today have many more options, and the quality has improved considerably because program operators continually learn new and better ways to do things. Safety and communications have also improved. Parents are more involved and want their children to have challenging, adventurous summers while learning to be independent, to live with others, and to work as a team.” 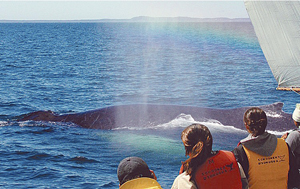 “Kids who experience different cultures and geographic locations are more well-rounded and exhibit more confidence,” says Dennis Bowen, a former teacher who founded Whale Camp to get students excited about ecology and the inter-connectedness of all life on the planet.

Based on Grand Manan Island in the Bay of Fundy, Whale Camp enables children to study one of the world’s most biologically rich ecosystems in a fishing community where people live very differently from the typical suburban American. “Whale camp kids want the same social aspects of making strong friendships that traditional camps offer, but they also want to see new things and places and learn something new that is fun,” Bowen says.

“Teens want to do something extraordinary,” says Mike Meighan, program director for ActionQuest (www.actionquest.com), which runs adventure trips in the Caribbean and Mediterranean Seas, Galapagos, Australia, Tahiti and French Polynesia. “They want to step outside of their comfort zone and try something new. At the same time, parents are looking for an experience that delivers something beyond a fun time. They would like kids to develop real skills and personal growth.”

Those opportunities abound on ActionQuest’s adventures, where teens might help sail a tall ship around Corsica, swim with sea lions in Ecuador, explore archaeological excavations on Huahini or study tropical marine biology on the Great Barrier Reef.

For even more exotic experiences, consider journeying with Where There Be Dragons (www.wheretherebedragons.com), whose trips often blend rugged treks with community service and cultural or language immersion experiences in China, Southeast Asia, the Himalayas, Latin America, Africa or the Middle East.

Affiliated with Sesame/Rockwood Day Camps in Blue Bell, PA, the teen travel program samples a wide variety of activities during the week — from amusement parks and museums to whale watching and fun food factories — while campers spend most weekends at home.

Cricket Snearing, who has directed Rockwood’s Teen Travel program for 22 years, says that teens get a chance to see places and try things that they might not do with their family, while learning independence and personal responsibility.

Prior to travelling, all campers and parents sign a behavior agreement so that everyone understands the rules. “Campers learn to adhere to a schedule, share space and compromise with their roommates, manage their spending money, behave in public places and make decisions for themselves in a safe environment, all while having fun,” says Snearing. 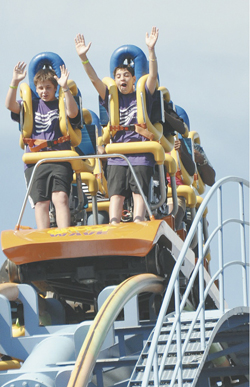 Whether mountain climbing in Nepal or tasting ice cream at Ben & Jerry’s Vermont factory, all directors say that safety is always the highest priority. “Risks are inherent with any type of adventure travel, so proper risk management is at the heart of every program,” says Meighan. “We eliminate activities that are not core to the program’s mission. We train both staff and students on safety procedures. Fortunately, we mostly deal with Band-Aids and upset stomachs,”

To mitigate risk, Snearing visits every hotel and venue prior to camp, locates hospitals and medical care, includes “what if” discussions in staff training and travels with multiple communication tools and written emergency plans. Campers are required to wear bright camp shirts in public and are taught safety rules for visiting public places. “We also provide for planned ‘downtime’ in a controlled environment to limit the potential for ‘hanging out’ in hotel rooms,” she says.

It’s life-changing when kids find that they can do things they didn’t think they could do, whether that be travelling without a parent or literally scaling new heights. “When a young person docks a 50-ft. boat alone, he feels a sense of independence and accomplishment that is real and important to him,” says Liese.

Meighan adds, “Our students are challenged to discover more about who they are, who they want to become, what’s important in life for them, and perhaps that the best things in life are not necessarily things.” 