I call Billy Kelly “the David Byrne of kids’ music” for his adventurous songwriting. On Again, Kelly’s Byrne-like voice sparks “Jigsaw,” pondering many pieces becoming one. An old-timey tuba enhances “There’s Nothing Like My Town.”

Kelly mixes simple witty lyrics with a range of musical styles raising his songs above the rest. His punk rock “Bonsai” will get you dancing. As usual, there’s one song parents love. Here, it’s ELO’s “Mr. Blue Sky.” Kelly’s greatest gift may be bringing complex themes to simple songs, evident in “It’s an Illusion” and “A School in Dreamland.”


"I Love my Dog" from Again 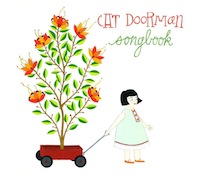 Cat Doorman (aka Julianna Bright) could work in cabaret settings as easily as kids’ shows. Her Songbook reveals enormous songwriting depth. The opening track’s declaration (“we live to be peaceful”) morphs from simple sweetness to a rhythmic refrain of celebration. The ability to make an alphabet song (“So Many Words”) an actual learning experience is impressive. Her nod to old rockers covers Syd Barrett’s “Effervescent Elephant.” My favorite cut is “Madame Claire,” a witty lament on charm school gone wrong.


"So Many Words" from Songbook 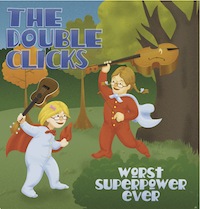 SONG: “Worst Superpower Ever” by The Double Clicks

The title cut from The Double Clicks’ CD ponders a litany of reasonable powers like flight, invisibility “or squirt blood out of your eyes.” This very funny song fulfills its title well.