Parent You Should Know: Michael Idriss

Learn how he and his wife juggle full-time careers with full-time parenting of their 4-year-old son. 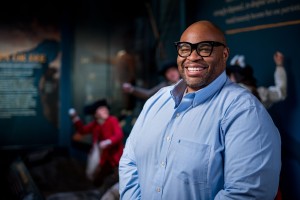 Michael Idriss | Photo courtesy of the Museum of The American Revolution

Michael Idriss works as an African American Interpretive Fellow at the Museum of The American Revolution. He lives in Philadelphia with his wife, Abigail, and their 4-year-old son Jabari.

How do you juggle your career and parenting?

“It really boils down to, for me, the strength and communication between myself and my wife,” Idriss said.

How does that work? What else goes into your recipe for success?

The two of them work together to see how their schedules align and focus on communication. Abigail Idriss is an event manager at Marriott International, which can be a demanding job. They both make sure they have time to take care of themselves and do things outside the home.

Another aspect that has helped him be a better communicator and father, was therapy.

“Be very open, therapy has been a huge aspect of our marriage and managing the stressors of pandemic life,” Idriss said.

Idriss began his therapy after George Floyd was killed. Jabari was two years old and Michael was dealing with challenging triggers stemming from the George Floyd movement, so he began therapy to help him process the things he was feeling.

What do you love about parenting?

Watching his son do things, make mistakes and learn has been one of the most enjoyable parts of parenting for Idriss.

The two of them were in the museum recently and there was a tableau set up with figures set up for a fight and Jabari asked his father, “Why are these men fighting?”

This moment perfectly tied together his life as a parent and his career.

What do you love most about your job?

“There are days where I’m really focused in the office on lots of paperwork [and] when I’m out on the floor in costume having conversations with guests, peaking people’s curiosity. Never knowing what part of the story will be the thing that really gets them to think differently. That “aha moment” is everything to me. I get paid to trap a nugget of information that changes the way that someone looks at something they thought they knew,” Idriss said.

This curiosity is what Idriss got to see in his own son during that visit to the museum.

One of Michael Idriss’ costumes is a historical costume of a Philadelphia baker. He explains the importance of goods and infrastructure to the war effort and helps people get a better idea of the ways the war impacted more people than just the soldiers.

His mission is to, “Tell compelling stories about the complex events and diverse people that shaped our experiment with liberty, equality and self governance,” he said.

What is something you hope your child learns from you?

“To find joy in what you do,” Idriss said, “If it’s music, if it’s a song you really like, if it’s food, enjoy things purposefully with intention, pursue what you love.”

Advice for other parents:

“Avoid overcorrection, they’re gonna make mistakes, allow them to, explain to them and break down the steps of how to do something correctly, understand its a process. Be mindful of their age and that it’s okay to spill cups of juice even if it happens 3 times in 2 days. That spill can be cleaned up and the frustration? it goes away. How we handle that situation and how they see us in that situation is more important than the lesson of why they spilled the drink in the first place,” Idriss said. 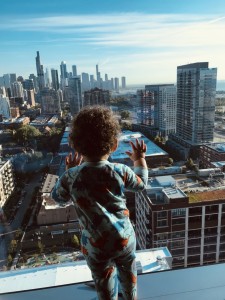 Dessert: “We are an ice cream family.”

Way to spend a weekend with your family: “On walks, in nature, we had a kite day at Brandywine National Park”

Family movie: “Zootopia, Jabari likes the relationship between the cops and Nick Wilde.”

Book: “Last Stop on Market Street” by Matt de la Peña. The book is about a little boy and his grandma coming from church and going on their weekly bus trip. The book tells the story through the boy’s eyes and grandma’s eyes. The pair sees and interacts with the many people who use the bus and eventually make it to the last stop, the soup kitchen. Bus trips have held a special spot in Idriss’ heart since he was very young. He had long bus trips with his mother, he lived in West Philadelphia and had Daycare in North Philadelphia and these bus trips were where they bonded.

Categories: Parenting
Tags: Museum of the American Revolution, parent you should know

Learning Beyond the Classroom